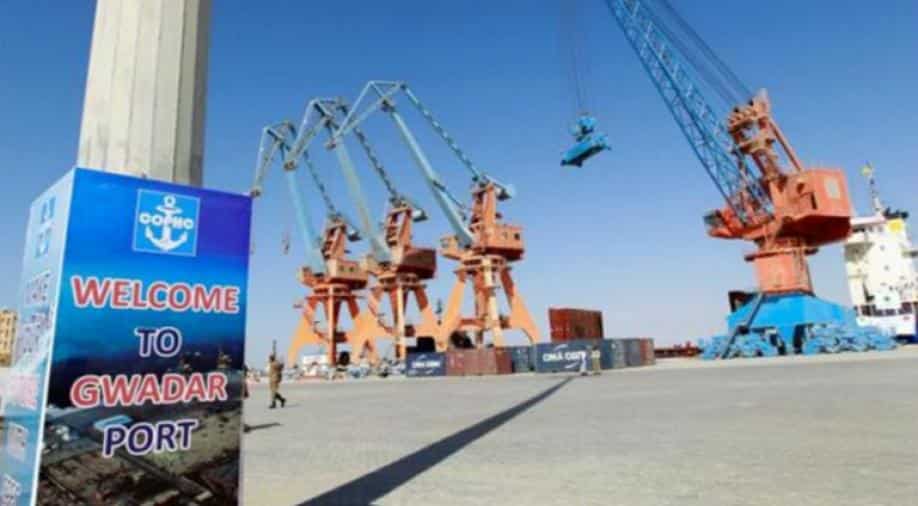 China Pakistan Economic Corridor (CPEC) is not an investment into Pakistan but is structured as a resource extraction exercise, a US based frontier, and emerging market analyst has said.

In an article published by Medium.com, Farooq Tirmizi wrote that the majority of Chinese investment in Pakistan is self-proclaimed and is not benefitting the local economy.

"China announces that it has invested in a project in Pakistan worth, let's say US $1 billion. That US $1 billion, however, is required to mostly be spent on Chinese equipment, and labor, a significant portion of which is to be imported from China as well, with very little by way of supplies coming from the local economy," Tirmizi said.

Even Chinese labor gets its salaries deposited into bank accounts within China.

"The money, in other words, stays completely within China and so never shows up as foreign investment into Pakistan", said Tirmizi.

The analyst believes that the majority of people in Pakistan are willing to join hands with Washington rather having faith in Beijing.

"If ever there was thought within Pakistan`s leadership political, military, and business that Beijing could replace Washington as the foreign capital with the most influence in Islamabad, that idea is now firmly dead. We just have not gotten around to telling China yet," Tirmizi added.

"Over the past few weeks, Profit has spoken to several sources in both Pakistan's business elite circles as well as people who are familiar with the thought process of the military leadership and the picture emerging is not a favorable one of the relationship with China: the more Pakistanis learn about the true costs of the China Pakistan Economic Corridor (CPEC), the less inclined they are to want to participate any further than we already have," the article read.

The analyst also believes that there is a growing imbalance in trade between Pakistan and China.

"Pakistan's imports from China have dramatically increased since 2013 when CPEC was first announced. Prior to 2013, Pakistan`s imports from China had been rising because of the 2007 China Pakistan Free Trade Agreement but had stabilized to around $6.6 billion a year. After 2013, the rise has been very steep," the article added.

Since 2013, China's net investment into Pakistan has been US $2.5 billion, which is much higher than the US $813 million China invested in Pakistan in the 10 years prior to 2013, but still a relatively small sum compared to the wild projections and promises that the Pakistani press and government wanted to believe when it was first announced.

While Pakistan's civilian and military leadership is prone to making bad decisions, they are not completely stupid.

They can see these numbers, and they are privy to far more details than have been told to the public about the specific terms of the agreements with China for CPEC projects.

And it is becoming increasingly clear that they are becoming deeply uncomfortable with the direction this has taken Pakistan.

"Neither the civilian politicians nor the military leadership wants to accept the blame for what is clearly a massive blunder on the part of the government of Pakistan in negotiating the CPEC contracts. If any lawyers reviewed them, it is unclear if they understood them, or if their views were taken into consideration at all by the decision makers", said the analyst.

"The deed is done now, however, and Pakistan cannot easily extricate itself from these arrangements. But, sources familiar with the military leadership's thinking tell Profit, the leadership in the military has decided to start following the first rule of being in a hole: stop digging" he added.

"A public renunciation of CPEC would be too embarrassing for the government both the politicians and the Army but they are certainly not willing to undertake any further agreements with the government of China", the analyst concluded.