‘One Belt One Road’ Is Just a Marketing Campaign 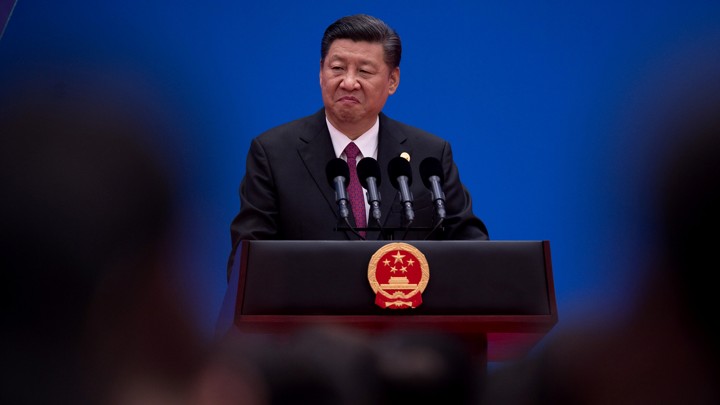 Chinese President Xi Jinping is a man in a rush to build a legacy. In 2013, only four months into his presidency, Xi launched the One Belt One Road initiative, billed as the largest international development scheme in history. The “New Silk Road Economic Belt” promises to connect Europe and Asia overland through a large network of highways, railways, pipelines, trade corridors, and digital infrastructure. The “21st Century Maritime Silk Road” will build up a string of industrial port cities tracing the coastline of the South China Sea, Indian Ocean, and Suez Canal all the way to the Mediterranean.

The scope of the plan is mind-boggling, but the details are hazy. Neither the belt nor the road is an actual route connecting hub cities, as the Chinese government’s official maps depict them. Any country can join the initiative, but membership carries no concrete commitments. Some observers call One Belt One Road—OBOR—a “Chinese Marshall Plan.” Others have argued it will mark the “dawn of Eurasia” and profoundly reshape global politics. The Trump administration calls OBOR “debt-trap diplomacy”—a predatory scheme to get poor countries hooked on Chinese loans.

My research, based on hundreds of interviews on four continents and primary documents in five languages, has found that the conventional wisdom about OBOR is largely wrong. Prominent news outlets have variously described OBOR as a “$1 trillion plan,” a “$5 trillion plan,” and an “$8 trillion plan” even though no authoritative Chinese document backs up any of these figures. Contrary to much reporting, the Chinese government does not centrally administer OBOR as an economic or investment policy. Nor does it treat OBOR as a carefully calibrated or systematic “grand strategy.” Many OBOR projects are wasteful and most are executed with minimal oversight from Beijing.

In fact, OBOR is something else entirely: a sweeping, poorly coordinated branding campaign posing as an infrastructure initiative. The campaign dovetails with Xi’s personality cult and expanding political authority inside China. Since so much of China’s economic and political engagement with the outside world now falls under the banner of OBOR, countries, firms, organizations, and individuals that embrace Xi’s favored brand can expect to be duly rewarded with investments, loans, promotions, or subtle forms of political favor. Likewise, those that show insufficient enthusiasm can be easily punished.

Understanding OBOR as a branding campaign helps to explain its bizarre excesses. OBOR’s most fawning devotees are not the developing countries that supposedly benefit from China’s largesse, but the smaller nonstate actors closer to China that depend on the Communist Party’s good favor: local officials and bureaucrats, universities, lower-tier cities, private businesses—including Western corporations from Boeing to Walmart, and from Samsung to Allianz—and nearly every large company and public institution in Hong Kong.

Chinese companies and local governments have used OBOR to brand everything from kitchenware to cosmetics, from opera to blood donations, from soccer to the social-credit system, from art shows to military hardware, and from beer to blockchain. In big international contracts, politically favored state-owned enterprises such as the shipping giant COSCO often get the choicest, highest-potential deals. Private firms and less favored state firms are left to show their loyalty by competing for scraps. These include most of OBOR’s well-publicized risky ventures and white-elephant projects, such as the aborted plan to build a transoceanic canal across Nicaragua.

To those acquainted with the rituals of ideological performance on which the Chinese party-state is built, Xi’s assertion of ownership over the OBOR brand is a naked power play. Every attentive Chinese official knows that the “New Silk Road” was a common buzzword in policy circles years before Xi took power. In public, however, the same people resolutely credit Xi alone for proposing it. Instead of punishing opportunists who flippantly co-opt Xi’s national brand for their own ventures, high-ranking Communist Party officials award them golden trophies for “outstanding OBOR brand contributions.” Like the servile ministers in Hans Christian Andersen’s classic fable “The Emperor’s New Clothes,” those who praise One Belt One Road as a novel strategy are actually performing loyalty to Xi and the Communist Party’s monopoly over truth.

Washington’s response to OBOR is to treat it as a dangerous geopolitical development—an investment initiative gone bad. The 2018 National Security Strategy accused China of practicing “predatory economics.” Beijing is trying to build a “treasury-run empire,” Secretary of State Mike Pompeo said last October, and “we intend to oppose them at every turn.”

This is a misdiagnosis. China’s global stock of foreign investments remains quite small for an economy of its size. Even the data on OBOR’s official website show that capital flows to OBOR countries did not accelerate after Xi announced the program in 2013. And China frequently uses signing ceremonies and creative arithmetic to inflate the perceived size of its investments. OBOR is not a Chinese Marshall Plan. It is more like a Chinese version of “Make America Great Again.”

Yet the OBOR brand’s relentless global expansion also proves that this supposedly “predatory” scheme is actually highly attractive to recipient countries. In the past year, the OBOR campaign has gone global. Italy, Portugal, and more than a dozen Latin American and Caribbean countries have joined. Britain’s new prime minister, Boris Johnson, has come out as an “enthusiastic” supporter. Some of these countries buy the OBOR hype. Others recognize that it is mostly branding. But all have self-interested reasons to appease Emperor Xi—they want investments, trading privileges, or political leverage against Washington or Brussels.

Read: The discord of the U.S. stance against China

OBOR therefore poses an entirely new kind of strategic challenge for the United States. In contrast to the parochial populism of MAGA, OBOR is a competitor brand that sells around the world. What’s more, it may not stay shambolic forever. Better governance and clearer structures of central control—like the ones Xi announced in April—could transform OBOR from a loose community of member countries into a tributary systemwith 21st century characteristics. Wherever Xi decides to take OBOR next, it will not be easy for America to stop him—let alone roll OBOR back from the countries where it has already found a foothold.

The success of the emperor’s new brand is not just a story about an enterprising China; it is a story about a complacent America. Since World War II, the United States has been, in Victoria de Grazia’s phrase, the world’s only “irresistible empire.” American power has always been backed up by military force, but it has taken root in every region of the globe because local leaders saw that it paid to play by American rules. Today the American brand is tarnished. The only way to manage OBOR’s relentless global expansion is to outcompete it by making a better pitch for what America has to offer. In the meantime, we dismiss it at our peril.