Kashmir: How deeply China is entrenched in J&K

Kashmir: How deeply China is entrenched in J&K

China is deeply entrenched in Kashmir. And, this is not limited to the cold desert of Aksai Chin, having a population of less than 10,000 people. 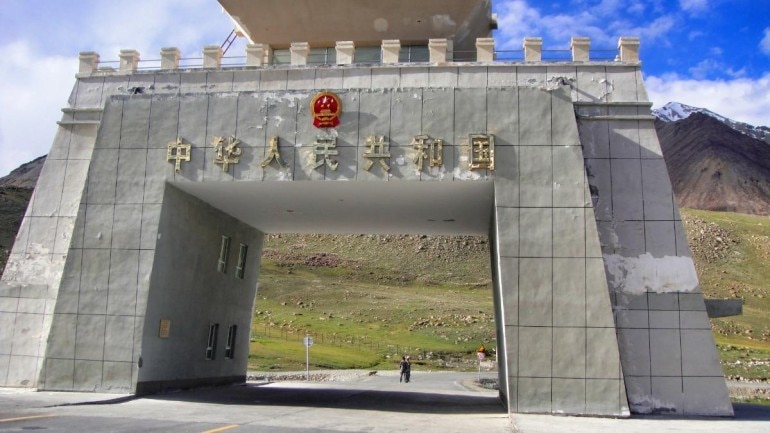 China-built Karakoram Highway passes through Gilgit-Baltistan, which is part of Jammu and Kashmir and in illegal occupation of Pakistan, which ceded an area of over 5,000 sq km in the region to China. (Photo: WikiCommons)

China occupied Aksai Chin in 1962 war and has retained control over the regionIn 1963, Pakistan ceded a part of Gilgit-Baltistan to China giving it more access in J&KChina increased its hold in PoK with $60 billion CPEC project passing through Gilgit-Baltistan

Irked by India's decision to offer shelter to Tibetan leader the Dalai Lama in the late 1950s, China launched a treacherous attack on India in 1962. Some observers have seen an element of envy in Chinese leader Mao Zedong for the diplomatic stature of Jawaharlal Nehru, the then prime minister of India.

Chinese forces humiliated the Indian Army and captured Aksai Chin, which roughly forms 20 per cent of Jammu and Kashmir. This gave China a big foothold in Jammu and Kashmir, which acts as a watch tower for central Asia.

A year later, China coaxed Pakistan to hand over more than 5,000 sq km of land in trans-Karakoram just northwest of the Siachen glacier. Pakistan handed over this land under boundary agreement with China with hope that the latter would stop pushing into Pakistan-occupied areas of Jammu and Kashmir. On earlier instances - since 1959, China had been showing some areas in the region on its maps as Chinese territories.

China did stop military pressure after 1963 agreement but started economic investment to increase its stake in the region. Pakistan thought ceding a part of Shaksgam Valley would act as a guarantee that the issue of Jammu and Kashmir was not a bilateral issue between India and Pakistan.

China started constructing the Karakoram Highway from Kashgar in its Xinjiang province to Abbotabad in Khyber Pakhtunkhwa (then known as North West Frontier Province) of Pakistan.

India rejected the 1963 border agreement as illegal and objected to construction of the Karakoram Highway. But India lodged a formal complaint to China over construction of the highway only in 2009. By this time, China had increased its investment plan in Pakistan-occupied regions of Jammu and Kashmir.

The 1963 agreement and Pakistan's decision to vote in the United Nations in support of China as the inheritor of veto in the UNSC earlier held by Taipei, served another purpose. China, which had maintained neutrality till 1962 on Kashmir, became a vocal supporter of Pakistan's claim on Kashmir.

China repeatedly raised this issue on international forums including the UN. The 1963 agreement offers China a chance to acquire more land in Jammu and Kashmir once the boundary question between India and Pakistan over this state is resolved.

China hoped during 1960s, 1970s and 1980s that a settlement of Jammu and Kashmir in favour of Pakistan would help it gain more land and greater share in this region of immense strategic value.

However, when geo-strategy shifted through 1980s to economy and financial strength, China moderated its stand on Kashmir and began making reference to 1972 Shimla agreement between India and Pakistan which called for a bilateral settlement of all disputes.

Pakistan ceded a part of Shaksgam Valley to China in 1963. China already had captured Aksai Chin by then. (Photo: Twitter)

India-China economic relation flourished in 1990s and 2000s. Currently, the bilateral trade volume between China and India is likely to cross $100 billion in 2019 with India reporting a deficit of $53 billion for 2018.

In comparison, the volume of annual China-Pakistan trade is around $15 billion. China needs India more for economic well-being and Pakistan to hold strategic advantage. This explained why China changed its stand on Kashmir from aggressively pro-Pakistan to "neutral".

Over time, China has pumped huge investment into Pakistan and came up with a detailed plan to fulfil its long-held ambition to have an opening in the Indian Ocean through the Gwadar port of Pakistan. China showed renewed interest in Gwadar port in late 1990s and began its reconstruction in 2002.

For China to reach Gwadar, in the restive Pakistani province of Balochistan, it had to build a passage through Pakistan-occupied Kashmir. The China Pakistan Economic Corridor (CPEC) was devised and announced in 2015 with an investment plan of $46 billion. The cost of the CPEC has now increased to $60 billion.

The CPEC passes through Gilgit-Baltistan, a part of Jammu and Kashmir. China has got its own troops for security of the development projects in the corridor. In 2017, China made the CPEC part of its Belt and Road Initiative, which India protested saying it violated its sovereignty.

People in Gilgit-Baltistan protest against China and CPEC which passes through Gilgit, fearing it will create huge ecological imbalance. pic.twitter.com/beE862jNRi

China has been concerned over the security of CPEC forcing Pakistan to deploy 17,000-20,000 troops including around 5,000 from the special forces of the Pakistan Army. But China, still sceptical, is reported to have deployed its own soldiers in Gilgit-Baltistan as well as Balochistan.

Soldiers of the People's Liberation Army (PLA) of China have been spotted by the Indian Army on several occasions in the proximity of the Line of Control (LoC) in PoK. Reports also suggest that PLA soldiers are present in Balochistan for the safety of projects in the CPEC.

US defence department, Pentagon in May this year said China is planning to set up permanent military base in Pakistan. No official figures have been given, but it is estimated that around 11,000-13,000 PLA troops could be in Pakistan for CPEC.

The construction of CPEC has made China a serious stakeholder in Kashmir even though India has maintained that entire Jammu and Kashmir is its integral part. The merger of Jammu and Kashmir with India was legally upheld in the UN as stated in the first resolution on the issue.

Later the Shimla accord made only India and Pakistan negotiating partners over Kashmir issue. But now China is also deeply entrenched in Kashmir. And, this is not limited to the cold desert of Aksai Chin, having a population of less than 10,000 people.