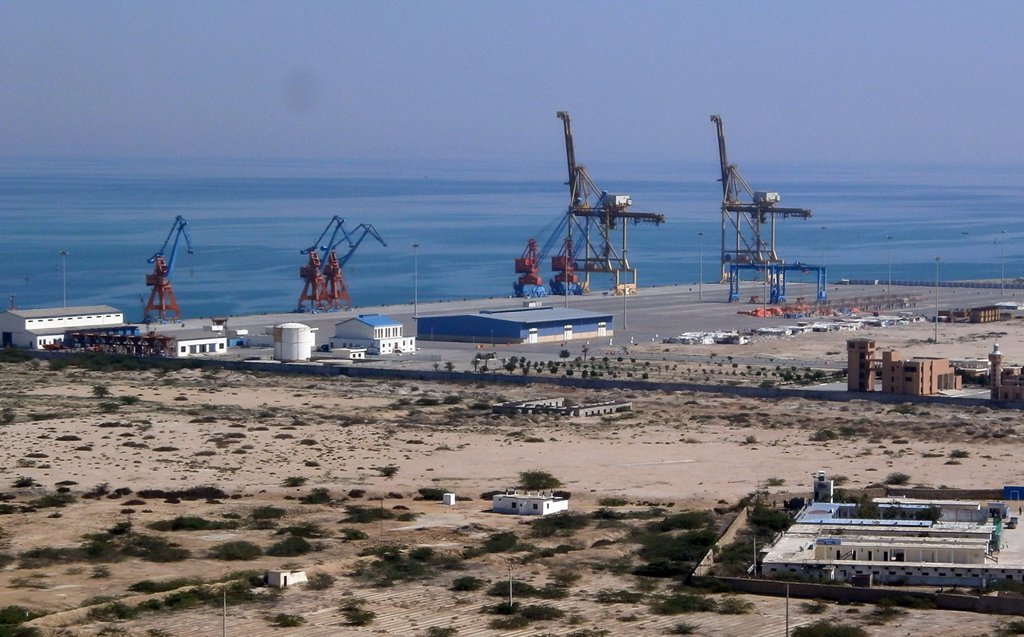 ISLAMABAD.: The National Development Council (NDC) has decided to grant tax concessions to business units that would be set up at the Gwadar Free Zone under the China-Pakistan Economic Corridor (CPEC) — an issue that has remained in limbo for the last three years over fears that the move would adversely impact other economic zones of the country.

The NDC — a body formed to give a formal role to the military in economic policymaking — directed the prime minister’s finance adviser to notify the sweeping concessions, sources in the Ministry of Finance told The Express Tribune.

The meeting of the forum, presided over by Prime Minister Imran Khan and with army chief General Qamar Javed Bajwa in attendance, was held on Thursday.

The sources said finance adviser Hafeez Shaikh had assured the NDC that the matter would be resolved soon.

But the adviser will require a report giving the nod to the move from an inter-ministerial committee, which has been looking into the matter for quite some time.

The sources said that because of the NDC’s intervention, the matter would soon land in the Economic Coordination Committee (ECC) of the Cabinet for approval.

Earlier, Shaikh had instructed the Ministry of Finance to fast-track the process but the matter remained unresolved.

Progress on CPEC projects has come to a grinding halt since the Pakistan Tehreek-e-Insaf (PTI) government has come to power.

There has been little headway in the second phase of CPEC and the prime minister on Friday chaired a meeting to address the issues delaying the setting up of the CPEC Special Economic Zones.

Gwadar Port is described as the most significant strategic pearl in China’s plan of expanding its influence in the Arabian Sea — a move that India sees as a threat to its hegemonic designs.

The Gwadar Free Zone is part of the overall port city’s development plan. The original Gwadar Port Concession Agreement was signed between the Gwadar Port Authority and the Port of Singapore Authority, which the ECC approved in 2007.

In February 2013, the China Overseas Ports Holding Company Limited (COPHCL) took over the operations of the port from the Singaporean company. The concession agreement included tax holiday for both the Gwadar port operators and the businesses being set up there.

Water projects in Karachi, Gwadar to remain incomplete in FY20

The previous government of the Pakistan Muslim League-Nawaz (PML-N) had notified a 23-year tax holiday for the port operator but the issue of similar concessions for industrial units remained pending.

The first phase of the Gwadar Free Zone was completed in January 2018 and the light industries that are being set up there are waiting for a notification to import construction and raw material, according to an official working at the free zone. The COPHCL, however, did not officially comment on the matter.

The ECC took up the issue in February this year but deferred making a decision because of a difference of opinion among various ministries.

The Ministry of Maritime Affairs proposed that the income derived from the Gwadar Free Zone should be exempted from tax for 23 years, starting from the date of notification. It also suggested that the contractors and the sub-contractors of the free zone should be exempted from paying income for 23 years. Besides, it also proposed giving tax relief on the profit on debt by foreign lenders of the free zone for the same period.

According to another proposal, all visiting foreign and local ships and fishing vessels at the Gwadar Port and business established in the free zone should also be exempted from paying import duties.

The ECC directed the Board of Investment, the Ministry of Planning, the Ministry of Maritime Affairs, the Law Division and the Federal Board of Revenue to review the proposals and provide their feedback to the committee.

The sources said the FBR was not comfortable with giving sweeping tax concessions to the business units and sub-contractors.

Instead, it proposed that a business unit should either avail a 10-year tax holiday available under the Special Economic Zone Act 2011 or under the Export Processing Zone statutory regulatory order.

The FBR officials argued that the country was suffering an annual loss of Rs970 billion because of tax concessions and exemptions given to various sectors. They said new concessions could not be notified without amendment in the law.

Dawood wanted that the Gwadar Free Zone should only be granted concessions offered to other economic zones.

However, the Gwadar Free Zone does not fall under the Special Economic Zone Act of 2011. It is being set up under a special arrangement with Beijing.