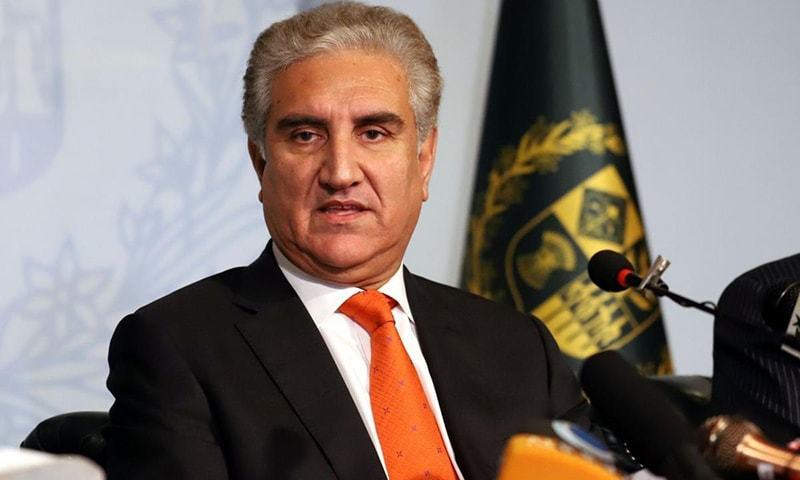 Foreign Minister Shah Mahmood Qureshi will attend the coming session of the United Nations Human Rights Council next month for highlighting the plight of the Kashmiris in India-held Kashmir. — PID/File

ISLAMABAD: Foreign Minister Shah Mahmood Qureshi will attend the coming session of the United Nations Human Rights Council next month for highlighting the plight of the Kashmiris in India-held Kashmir.

The 42nd session of the council is beginning from Sept 9 and arrangements are being made for Mr Qureshi’s participation in it. Recently appointed special envoy Tehmina Janjua is already in Geneva for the arrangements. “A slot is being worked out,” an official told Dawn.

The position of Pakistan’s permanent representative at the United Nations in Geneva had been lying vacant since March. There was no urgency to fill the all important position till the crisis on India-held Kashmir erupted and makeshift arrangements were made by temporarily appointing Ms Janjua as the special envoy.

The situation in Occupied Kashmir is not on the agenda of the session. Mr Qureshi, talking to Dawn, said that he would make a statement on Kashmir.

The foreign minister had last week written to the UN human rights chief to call upon India to end rights abuses in Occupied Kashmir.

Mr Qureshi, in a letter addressed to UN High Commissioner for Human Rights Michelle Bachelet, had asked her to demand from India to “rescind its unilateral actions, lift the curfew and other draconian measures, and restore fundamental rights of the Kashmiri people”.

The Office of High Commissioner for Human Rights, in its report launched last month, documented the human rights situation in Kashmir between May 2018 and April 2019. The report specifically noted the sharp aggravation in the situation after the Feb 14 attack on Indian paramilitary forces in Pulwama that had led to a military standoff between Pakistan and India. The report stated that post-Pulwama situation continued to impact the rights of the Kashmiris, including the right to life.