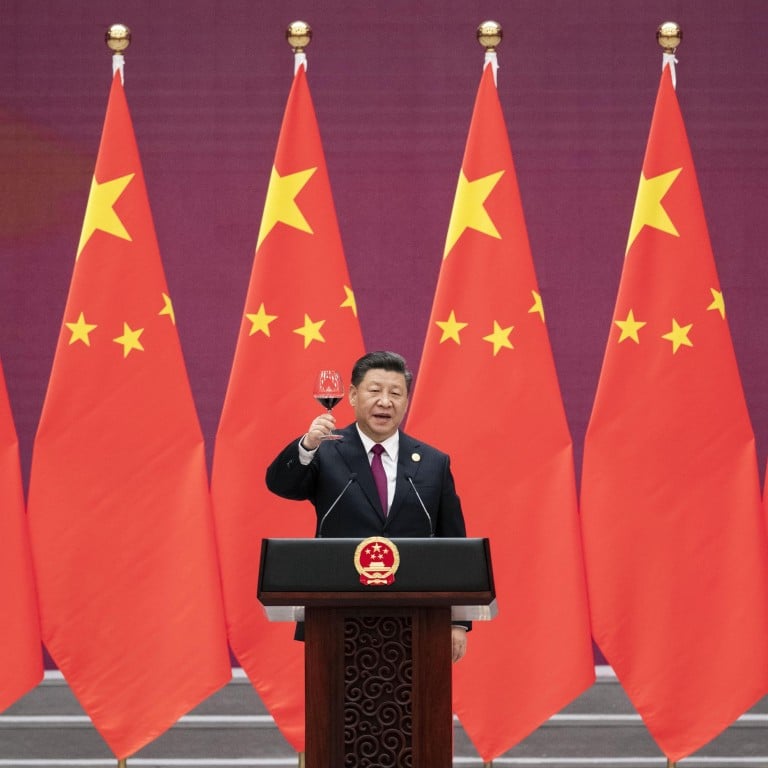 Widespread waste and fraud associated with China’s Belt and Road Initiative has been unearthed after the country’s state railway group was forced to admit this month that a significant amount of cargo containers shuttling between Chinese factories and European cities were empty.

The admission by the state-run China Railway – the sole operator of the lines – followed an investigation by the Chinese Business Journal, a newspaper supervised by the Chinese Academy of Social Sciences, which found that in one extreme case only one of 41 containers on a particular train actually carried goods.

The belt and road plan, masterminded by President Xi Jinping, is the central government’s initiative to link economies into a China-centred trading network to grow global trade.

This led to many local governments rushing to open train services through the vast central Asian territory between China and Europe to show their support for Beijing’s geopolitical strategy, but many exporters actually transported empty containers in order to receive  government subsidies.

China Railway admitted the existence of the problem in an interview with the state-run Global Times last week, but insisted that it had largely been eradicated in 2018 after new rules were introduced limiting the number of empty containers allowed to just 10 per cent per train.

The company said that of all containers heading to Europe in 2018, only 6 per cent were empty, compared to 29 per cent for eastbound trains. In the first half of 2019, they said, the ratios had fallen to 2 per cent and 18 per cent, respectively.

Jonathan Hillman, a senior fellow at the Centre for Strategic and International Studies (CSIS), a Washington-based think tank, said the problem of empty containers “is consistent with the belt and road’s emphasis on short term political gains at the expense of longer-term economic fundamentals”.

“These routes are an effective advertising device for selling the belt and road’s overland dimensions – which despite the hype, will not challenge the dominance of maritime trade,” said Hillman, who closely monitors trade flows between China and Europe.

Generous state subsidies for the cargo traffic routes, as well as praise from Chinese state media, combined to encourage the exaggeration, he added.

In 2018, China’s Ministry of Finance offered subsidies of up to 50 per cent for rail freight between China and Europe, although they were reduced to 40 per cent this year. After a cut to 30 per cent in 2020, they will be completely abolished in 2022, although the lower subsidies are already having an affect.

In Heilongjiang, China’s rust-belt province on the border of Russia, the two westbound rail services from the provincial capital of Harbin to Hamburg and Moscow did not operate last year due to the lack of subsidies, according to Zhao Quanshang from the freight department of the China Railway Harbin Group.

In addition, local governments also added their own generous incentives, with the central city of Xian offering up to US$3,000 for every container destined for Europe in 2018, according to government notices. Overall, subsidies varied from US$1,000 to US$5,000 per 40-foot container, according to a CSIS report last year.

A study by two Chinese researchers found last year that some local governments were offering subsidies of up to US$7,500 per container for locally produced goods and US$4,000 for goods from other provinces, leading to fierce competition between provinces.

The first express rail service between China and Europe was launched in 2011 from Chongqing, on the upper reaches of the Yangtze River, to Duisburg in Germany, a 11,179km route passing through Kazakhstan, Russia, Belarus, and Poland.

As many as 59 mainland cities from Harbin in the northeast to Shenzhen in the south have since launched direct rail services between China and Europe after President Xi unveiled the belt and road plan as a national strategy.

But not all the services make economic sense, with one freight forwarder surnamed Zhu from the eastern city of Hangzhou often recommending to clients that they ship their goods to Europe by sea due to cost savings even though the journey takes longer.

There is not a big difference. And the cost of rail [transport] is at least twice that of sea [transport]Freight forwarder surnamed Zhu

Last year, rail only carried 1.3 per cent of trade between China and the European Union by volume and 2.6 per cent by value despite being usually cheaper than air and faster than sea transport, according to European Commission.