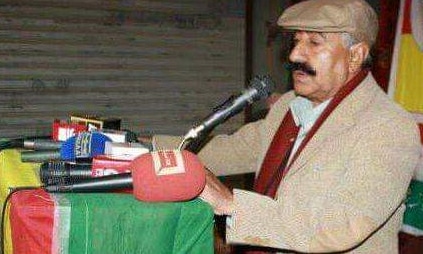 Balochistan National Party-Mengal (BNP-M) leader Amanullah Zehri was shot dead on in the Khuzdar district of Balochistan early on Saturday.

The BNP-M leader was travelling when his convoy was ambushed by unidentified miscreants, who opened indiscriminate fire.

Zehri and three others, including his minor grandson, Mardan Zehri, lost their lives in the incident.

The deputy commissioner of Khuzdar and other relevant officials reached the site of the incident along with levies personnel. The area was cordoned off so that evidence could be collected from the site.

The bodies were handed over to families after the necessary paperwork was completed at the Civil Hospital.

BNP-M Chief Nawab Akhtar Mengal expressed his grief on the loss of lives.

"Another dark day for BNP and the people of Balochistan," he wrote on Twitter. "This loss has deprived us all. I’m lost of words today. Devastated to learn that Shaheed Amanullah Zehri with his friends and innocent grandson have been brutally killed in the middle of the night. May Allah have mercy."