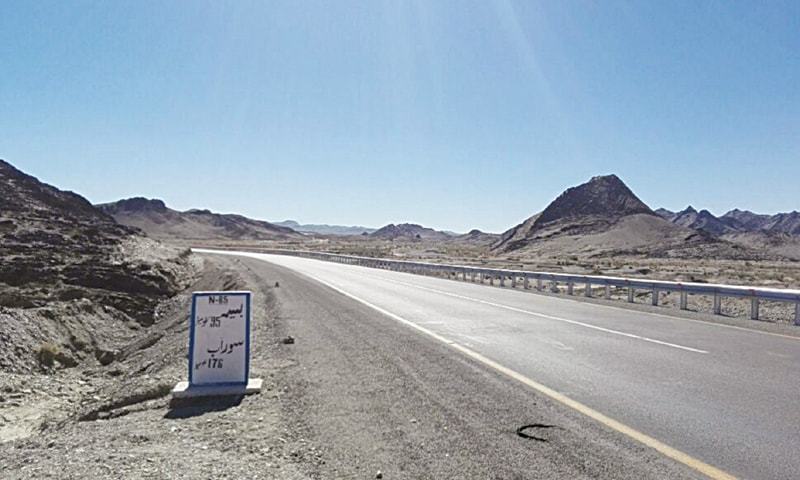 Academics, civil servants, media professionals and students attended an insightful presentation by Dr Kaiser Bengali on the five key aspects of deprivation in Balochistan – gas pricing, federal development expenditure, federal social protection, federal civil service and the structure of electoral representation – at the launch of his book A Cry for Justice: Empirical Insights from Balochistan on Thursday. — File Photo

ISLAMABAD: Academics, civil servants, media professionals and students attended an insightful presentation by Dr Kaiser Bengali on the five key aspects of deprivation in Balochistan – gas pricing, federal development expenditure, federal social protection, federal civil service and the structure of electoral representation – at the launch of his book A Cry for Justice: Empirical Insights from Balochistan on Thursday.

The book launch was hosted by the Oxford University Press (OUP).

OUP Managing Director Arshad Saeed Husain introduced Dr Bengali and his book, saying: “Dr Bengali has detailed the reality of systematic economic exploitation, discrimination and neglect that Balochistan has shouldered and continues to face, minus the fiction of imagined wrongs.”

Wajiha Anwer, a member of the visiting faculty at the Quaid-i-Azam University (QAU) and moderator of the event, said: “I think the question of justice is normative and the phrase ‘a cry for justice’ is often dismissed by certain quarters as merely emotive. This book, however, creates substance for this normative statement and makes an empirically researched case explaining the disparity, discrimination and discontent in Balochistan.”

Dr Bengali briefly described the key points of each of the five parts. He said: “It was a very useful experience for me to work in Quetta from the chief minister’s office as it gives you a view you don’t get elsewhere. As an economist I can only authoritatively talk about something where I have data. Without data it would just be my opinion. What I found was a very systematic and very subtle form of discrimination and exploitation in Balochistan.”

“Everybody says Balochistan is resource rich but we also hear it is the poorest. That is the contradiction of Balochistan. There are only two million families, a very small population."

“At one job per family that means you only have to provide two million jobs, which is not difficult at all. It can be done in less than five years and I am saying this in my professional capacity with full responsibility. Out of this half a million jobs already exist. Balochistan can become the only part of the world where you could have full employment.”

Dr Bengali described in detail how the rest of Pakistan has benefitted from the gas field at Sui while Balochistan remained deprived of gas for the first three decades and still receives a miniscule proportion of gas.

Pointing out the perverse nature of subsidy on gas for the fertilizer industry, while Balochistan uses the least amount of fertilizer, Dr Bengali estimated that Balochistan had foot a bill of more than Rs7 trillion by 2014. With the Sui reserves estimated to reaching an end within the next 10 years, the resource extraction has been alarmingly comprehensive – and gas is not the only resource Balochistan is rich in.

Former senator Farhatullah Babar, while speaking at the launch, proposed one addition to the book.

“That is what these deprivations that you have identified have resulted in and how this can be addressed. These five areas have resulted in a serious disconnect between the state and the citizen in Balochistan,” he said.

Narrating his own experience while he was on the Senate human rights committee, he said that they had found 51 mutilated bodies in Balochistan over the course of two years and not a single family member of any of those victims had filed an FIR, showing a complete lack of trust in the institutions of the state.

Drawing from his firsthand experience as the head of the Chief Minister’s Policy Reform Unit in the Balochistan government between 2013 and 2016, Dr Bengali said: “In 1986 I was in Kharan where there was a flour mill and there were a few bags of flour and a lot of cactus. I asked why the cactus was there. They told me that they mixed the cactus into the flour because no one can buy the flour at the price of wheat.