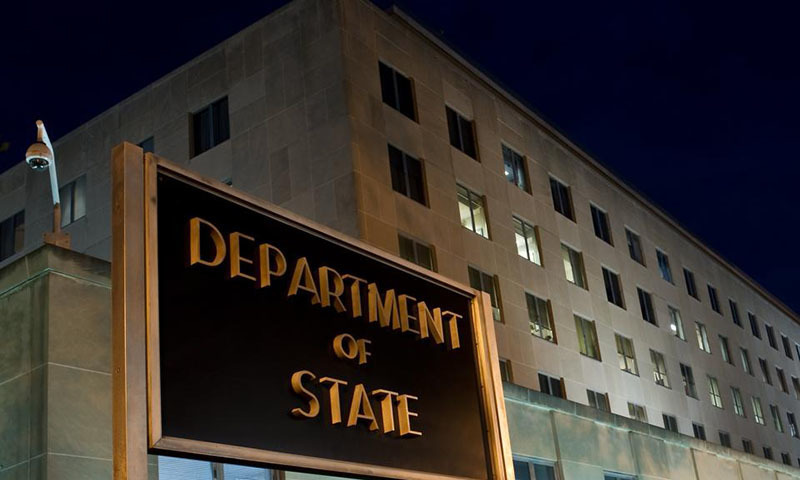 WASHINGTON: The United States, China and Russia have jointly welcomed Pakistan to a four-party consultation process that seeks to end the 18-year-old war and decades of blood-letting in Afghanistan, says a joint statement issued in Washington.

“China, Russia and the United States welcomed Pakistan joining the consultation and believe that Pakistan can play an important role in facilitating peace in Afghanistan,” said the statement issued by the State Department.

“Pakistan appreciated the constructive efforts by the China-Russia-US trilateral consultation on the Afghan peace process,” it added.

The statement recognises Pakistan’s role in the Afghan peace process and will be seen in Islamabad as a vindication of its long-held view that any development in Afghanistan also impacts Pakistan. Islamabad also believes that as a country with the largest Pashtun population, Pakistan must be involved in the Afghan peace process and major world powers, particularly the United States, should not ignore its interests while negotiating a deal in Afghanistan.

This major diplomatic recognition of Pakistan’s role comes days before Prime Minister Imran Khan’s scheduled visit to Washington on July 22 and endorses media claims that Afghanistan will figure prominently in the US-Trump talks and in consultations between US and Pakistani officials.

Diplomatic observers in Washington also link the prime minister’s visit to Pakistan’s support to the Afghan peace process, noting that Islamabad played a key role in persuading Taliban representatives to stay engaged with US officials in Doha, Qatar.

Senior US diplomats and generals have publicly acknowledged Pakistan’s support to the US-Taliban negotiations, urging it to play a greater role in ensuring that the process leads to a durable peace in the region.

The White House, while confirming the PM’s visit to Washington, said earlier this week that the Trump-Khan talks will focus on strengthening bilateral cooperation, which will “bring peace, stability and economic prosperity to a region that has seen far too much conflict.”

The Beijing text was jointly released by the governments of the United States, Russia, Pakistan, and China on the occasion of the four-party meeting on the Afghan peace process, held in the Chinese capital on July 10-11.

This was the third meeting of the trilateral forum, which includes China, Russia, and the United States and the first in which Pakistan was also involved.

The US State Department noted that the four sides exchanged views on the current situation and joint efforts for realizing a political settlement to advance peace, stability, and prosperity of Afghanistan and the region. They also emphasised the importance of the trilateral consensus on the Afghan peace process reached in Moscow on April 25.

“All sides welcomed recent positive progress as the crucial parties concerned have advanced their talks and increased contacts with each other,” the statement added. “All sides also welcomed intra-Afghan meetings held in Moscow and Doha.”

The four sides called for relevant parties to “grasp the opportunity for peace and immediately start intra-Afghan negotiations between the Taliban, Afghan government, and other Afghans”.

The United States, Russia, China, Russia and Pakistan reaffirmed that negotiations should be “Afghan-led and Afghan-owned” and should “produce a peace framework as soon as possible”.

They underlined the need or this framework to “guarantee the orderly and responsible transition of the security situation and detail an agreement on a future inclusive political arrangement acceptable to all Afghans”.

The four sides encouraged all parties to take steps to reduce violence leading to a comprehensive and permanent ceasefire that starts with intra-Afghan negotiations.

They also agreed to maintain the momentum of consultation and to invite other important stakeholders to join on the basis of the trilateral consensus agreed on April 25 in Moscow.

They agreed that this broader group would meet when intra-Afghan negotiations start. The date and venue for the next consultation would be agreed upon through diplomatic channels.