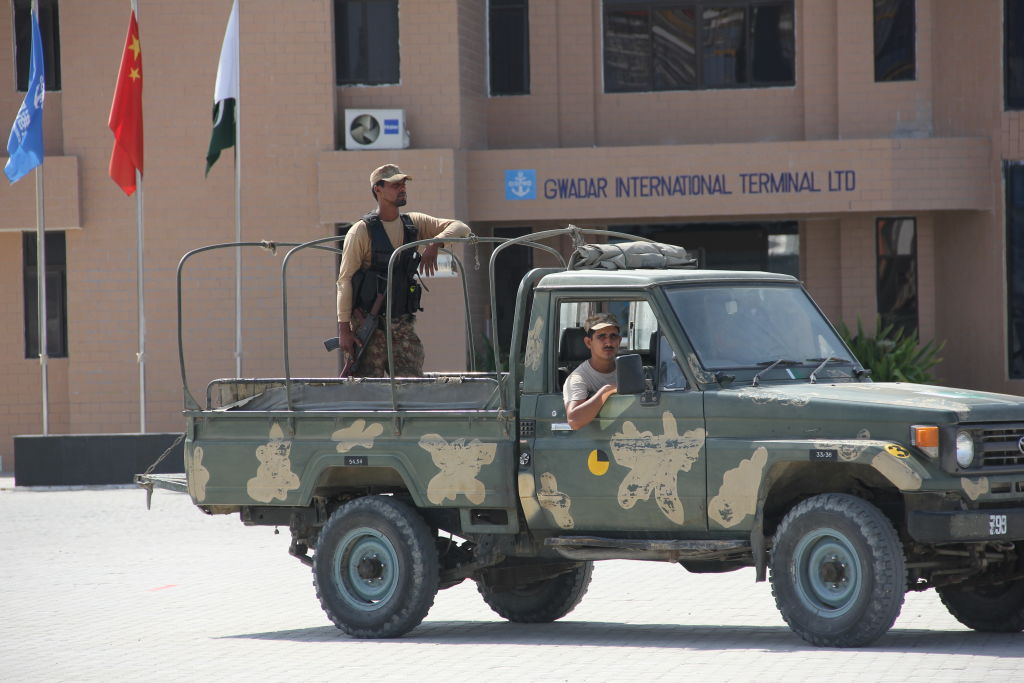 Last week, the US State Department designated the Balochistan Liberation Army (BLA) as a Specially Designated Global Terrorist. The Pakistani government officially declared the BLA a proscribed entity in 2006 following a number of terrorist acts against civilians and security personnel.

Notwithstanding the blandness of the official statement, Washington’s decision to put the BLA on the global terrorist list would have been welcomed by Pakistan. Also the timing of the announcement would not have been fortuitous. Prime Minister Imran Khan is scheduled to make a state visit to Washington next week, during which he will meet US President Donald Trump.

Ironically, and rather uniquely, this American decision puts Pakistan, China and the US on the same page, at least with regard to counterterrorism in the region.

The BLA, which was formed in 2000, is a terrorist organisation whose targets—civilian and military—are limited to the Pakistani province of Balochistan or entities involved with the province. The BLA has committed a number of terrorist acts in recent months, including a suicide attack in Balochistan in August 2018 which injured three Chinese engineers. In November last year it attacked the Chinese consulate in Karachi killing two policemen and two Pakistani civilians.

This was the first time the BLA had operated outside Balochistan. Two months ago, BLA operatives attacked the only five-star hotel in the port of Gwadar in which five people were killed. Attacks targeting Chinese nationals are nothing new. The first attack against Chinese workers was in 2004, when three Chinese engineers were killed in a car bomb blast in Gwadar.

It is the fear of further attacks against its own nationals which caused Beijing to demand that Pakistan provide a 10,000-man protection force for the thousands of Chinese workers involved in the construction of the US$46 billion China–Pakistan Economic Corridor (CPEC), the jewel in the Belt and Road Initiative crown. This military protection is supplemented with joint ventures between Chinese private security companies and local security firms with links with Pakistan’s armed forces.

Balochistan has been a restive province since partition in 1947. It’s a vast, arid, sparsely populated area which covers south-western Pakistan (44% of the country). It’s also rich in minerals and natural gas. On the whole, economic and political development has bypassed the inhabitants of that very large tract of land. The lack of effective integration into Pakistan has caused the problems that are seen today. A number of Baloch insurgent groups, precursors to the BLA, formed in the 1970s to demand a greater piece of the national pie and more autonomy. These groups engaged in a low-level insurgency, targeting pipelines and military personnel. The response was often ruthless.

Notwithstanding security risks to its workers, Beijing decided to proceed with the multi-purpose CPEC project. It includes the construction of roads, railroads and oil and gas pipelines to Kashgar in western China, as well as the completion of a number of coal, wind, solar and hydro energy plants, and the development of Gwadar. There are some legitimate doubts about whether CPEC projects will help Pakistan economically in the long term or further impoverish the country given the debt it will incur to China to pay for them.

Once completed, the CPEC, particularly the development of Gwadar, will turn China into a two-ocean nation. And consolidating this strategic toehold is the development of Jiwani, a joint Pakistan–China naval and air force base 80 kilometres west of Gwadar. This will be China’s second foreign military base, after Djibouti. Because Pakistan is effectively a force multiplier for China—enabling it to establish a critical geostrategic footprint in the western Indian Ocean—the risks to Chinese personnel from groups such as the BLA are worth taking given the massive reward down the road.

Given the political and financial investment respective Pakistan governments have put into the CPEC since its inception in 2015, Islamabad can’t afford to see it fail. This is why Washington’s decision to designate the BLA as global terrorists would be so welcomed in Beijing and Islamabad. The designation will give the Pakistani government carte blanche to seriously clamp down on the BLA and any of its fellow ideological travellers.

Importantly, Pakistan must be seen to be cracking down hard on all activities relating to terrorist groups by October so that it can avoid being put on the ‘blacklist’ by the Paris-based inter-governmental Financial Action Task Force. Blacklisting would make it difficult for Pakistan to borrow money from international institutions like the International Monetary Fund. The pressure on Pakistan to genuinely move against all terror outfits further increased when China finally relented and agreed to put Masood Azhar, leader of Jaish-e-Mohammed, which claimed responsibilityfor a deadly attack in Kashmir in February, on the UN’s list of terrorist entities in May.

While Washington can hardly be happy with Beijing’s deepening military ties with Pakistan and its increasing economic hold on the country, Khan’s visit to Washington should nevertheless go well. The Pakistani prime minister knows he has a couple of trump (no pun intended) cards up his sleeve. First, Washington knows Pakistan has not only been critical in ‘delivering’ the Taliban to the negotiating table, but Islamabad’s continued support for the Afghan peace talks is critical.

Second, Pakistan provides the shortest route for the overland delivery of supplies for Western military forces still in Afghanistan. The alternative is the northern route via Russia and the central Asian republics, but this is longer and much more expensive. Washington knows that, if necessary, Islamabad will cut off access, as it has in the past.

These inter-related issues demonstrate in stark terms how much the US–Pakistan relationship has evolved in the last 50 years or so. It’s changed from one where the US was the all-dominant partner calling all the shots to one where it’s now dependent on Pakistan to help it get out of an unwinnable situation in Afghanistan. And all this has happened with Pakistan’s new mentor—China—not having to fire a single shot.

Claude Rakisits is an honorary associate professor at the Australian National University’s Asia-Pacific College of Diplomacy and an affiliate at Georgetown University’s School of Foreign Service. Image: picture alliance/Getty Images.