The Problem With China's Investments -- From Malaysia To Sri Lanka, Pakistan, And Uganda 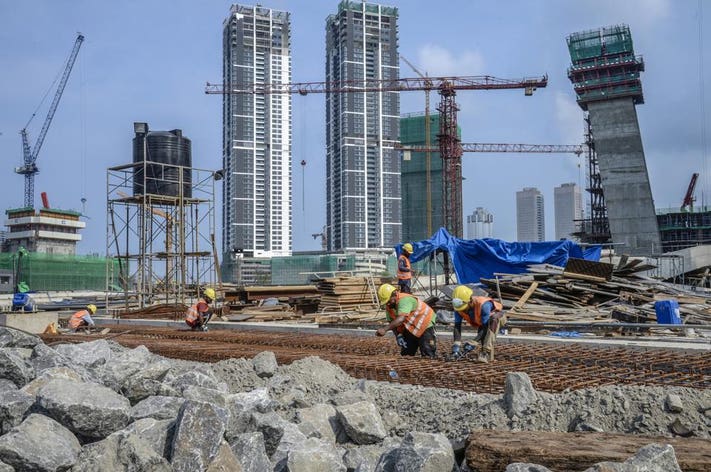 China has been on an investment spree in recent years, at home and abroad. At home, investment has been one of the engines that, together with exports, have fueled its robust growth. Abroad, investments have served China’s ambitions to control the South China Sea and secure a waterway all the way to the Middle East oil and Africa’s riches.

The trouble is that many of these projects aren’t economically viable; they are built at inflated costs; and leave the host countries heavily indebted to Beijing.

They aren’t economically viable because they serve the needs of Beijing’s central planners rather than the needs of the local markets.

“Chinese President Xi aims to realize the ‘great rejuvenation of the Chinese nation’ by projecting power overseas through the “Belt and Road” initiative, which covers both Southeast Asia and Africa,” says Xiaomeng Lu of Access Partnership. “This political economy effort is paired with China’s growing military might in the South China Sea and the African continent, posing a growing challenge to the U.S. security umbrella worldwide.”

They are inflated because they are mostly built by Chinese state construction companies in partnership with local contractors rather than by private contractors under transparent bidding.

And they leave host countries heavily indebted to Beijing, because they are financed by China’s state-owned banks.

China’s investment in Sri Lanka is a case in point. “While some of China’s infrastructure projects benefited the island, others proved to be costly white elephants that forced Sri Lanka into a debt trap,” say Neil DeVotta and Sumit Ganguly in “Sri Lanka’s Post—Civil War Problems,” in the April issue of CURRENT HISTORY. Like the deep-sea Hambantota port project, the Colombo Port City complex, and the Mattala Rajapaksa International Airport.

The result? “The overpriced projects left Sri Lanka owing $8 billion, or around 10 percent of the island’s debt,” explain Neil DeVotta and Sumit Ganguly. “That is close to what Sri Lanka owes Japan and India, but what rankles many is how Chinese loans have been used to fund questionable projects that generate little income. The situation has fueled accusations that China seeks to entice strategically located countries (others include Djibouti and the Maldives) into debt traps that it then leverages to seize control of key infrastructure.”

China’s investment in Pakistan to build the China Pakistan Economic Corridor (CPEC), which stretches from Western China to the Indian Ocean is similar to those made in Sri Lanka.

While CPEC helps Pakistan advance its plans to build a sound infrastructure, it adds to Pakistan’s corruption, which keeps pushing the costs of the project higher by the day.

And that makes Pakistan more indebted to China, which has been financing the project. In fact, Pakistan’s external debt took off shortly after CPEC was launched; and sent Pakistan to IMF for a $6 billion loan to cope with the situation.

Meanwhile, there’s South Africa, where China’s investments follow a similar pattern. “As a South African, I’ve seen China’s activities on the continent up close. It’s clear that China’s primary goal with foreign investment is geopolitical, not economic,” says Ted Bauman, Senior Research Analyst at Banyan Hill Publishing. “The most consequential investments are undertaken by state owned companies, not by Chinese private capital. They tend to focus on infrastructure like highways, ports and dams, and on public networks like the electrical grid.”

The reason? “These investments help to bind countries to China politically, and through debt obligations,” continues Bauman. “It creates a form of leverage that China can use to force these countries to support Chinese ambitions globally. In some cases, such as the Angolan oil sector or Congolese rare earth mining, Chinese investment helps to lock-in supply relationships with essential commodities.”

In other cases, Chinese investments help make Chinese contractors rich at the expense of the host countries, as it has been the case in Uganda, where each kilometer of the four-lane expressway cost $9.3 million dollars.

That’s why they should be carefully evaluated by host country governments.