Nexus between population growth and food insecurity-Perspective from Balochistan 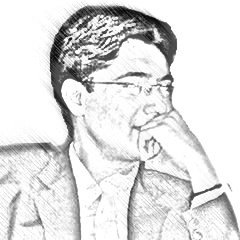 Food insecurity, according to the third quarterly report on state of economy released by State Bank of Pakistan on 14th, July, 2019, hits Balochistan the most. About half of its population faces mild to severe food insecurity. Similarly, the Pakistan Demographic and Health Survey (PDHS) 2017-18 reveals that stunted growth among children in Balochistan remains at a staggering 47 % while the Infant Mortality Rate (IMR) as per Population Welfare Department Projections stands at 66 deaths per 1000 lives. With these dismal figures at hand, the Intercensal Annual Growth Rate for Balochistan remains 3.37 percent against national 2.4 percent whereas the overall Contraceptive Prevalence Rate (CPR) in Balochistan is as low as 14 percent against 34% National Contraceptive Prevalence Rate (CPR).

This year the report of State Bank of Pakistan almost coincided with the World Population Day that is marked on every 11th July to create a realisation in the file and ranks of the general masses regarding growing population and its negative impacts on the quality of human life as well as on our planet, Earth. The 2017 census, held after a gap of 19 years since 1998 census, revealed some disturbing figures for the Pakistan. The country’s population almost doubled, jumping from 160 million to 207 million. With current growth rate of 2.4 percent, the projected population of the country is estimated to increase to 285 million by 2030. When it comes to the provincial data, Balochistan falls far behind other provinces in all the indicators.

There are many reasons for this higher population growth rate in Balochistan. To enumerate, Balochistan is a territorially a large province and Population Welfare Department Balochistan, with more or less its 170 service outlets, cannot effectively cater to the unmet needs of the eligible couples despite the fact that satellite camps are being held regularly by the District Offices of the Department in remote villages. Similarly, access to the service outlets is a big issue in the province and despite its presence in about 28 districts of 34 districts of Balochistan, service outlets of the PWD are not easily accessible to the clients. Let’s say for instance, district Quetta has 18 family welfare centres, 04 reproductive health service centres and 03 mobile service units for a population of 2.2 million people scattered over an area of 2653 sq. km. This is the situation of provincial capital, in other territorially large districts such as Mastung, Kalat and Zhob, the number of service outlets is fewer and the distances larger. Hence, it requires time and resources to reach the service outlets which most of the eligible couples cannot afford and hence fall in the trap of unplanned and unwanted pregnancies.

Yet another fact that hinders performance in Balochistan is awareness issue. Since Balochistan lags behind in all development indicators, literacy rate is also alarmingly low in the province and when it comes to the gender-wise data, women are more illiterate than man. Similarly, majority of women in the province work in the fields, look after live-stock and shoulder life with their male members of family, they, therefore, have no access to the radio, television, newspapers or even the seminars held at the district level. In the backdrop of this scenario, advertisement campaigns make little impact perhaps only in the urban centres and on educated bulk but the majority is left out. PWD has appointed male and female social mobilisers in each district but their number is too meagre to make any positive impact.

Yet another factor for the high growth rate in Balochistan is the conservative mind-set and male dominance in the family. Female, being least empowered, even doesn’t have the right to decide for herself. The world has recognized right to family planning as a human right but this human right is violated at the altar of society’s ego, ignorance and conservatism. According to Pakistan Demographic Health Survey (PDHS) 2017-18, Urban women in Balochistan and rural women from Sindh show exceptional decision-making as 16 % and 12 % decided for themselves to use a family planning method. Husbands in Balochistan and FATA (30 % each) play an important role in decision not to use a family planning method.

Population Welfare Department Balochistan is actively engaged with other partners to achieve targets of small family norms notwithstanding the impediments. The Government of Balochistan, of late, has extended its fullest cooperation to PWD Balochistan. It has allocated 500 million rupees for new projects in the Public Sector Development Programme (PSDP) and 100 million for old projects of PWD Balochistan. Similarly, donor agencies are also actively cooperating with PWD Balochistan. Jhpiego Pakistan is training master trainers for PWD and People’s Primary Healthcare Initiative (PPHI) in Long Acting Reversible Contraceptives (LARC) who will train staff at district level to impart the skill in modern contraception. Jhpiego will continue to play a supervision role in LARC. It has also supported PWD Balochistan in improving physical infrastructure by establishing a computer labat Regional Training Institute (RTI) Quetta and has refurnished a conference hall. Jhpiego also has plan to impart training to the PWD staff in Syna Peers, a modern contraception method, in the future.

Since Balochistan lags behind in all development indicators, literacy rate is also alarmingly low in the province and when it comes to the gender-wise data, women are more illiterate than man

Similarly, USAID, under its programme of Procurement Supply-Chain Management (PSM) has introduced a pilot project, namely, Unstructured Supplementary Service Data (USSD) project in five districts of Balochistan. These districts include Quetta, Mastung, Lasbela, Zhob and Ziarat. This is an online reporting system linked with Contraceptive Logistic Management Information System (CLMIS) through mobile phones. Once this pilot project is successful, it would be implemented in all the districts for maintaining an effective and timely supply chain of contraceptives to PWD service outlets in entire province.

In addition, Rahnuma-Family Planning Association of Pakistan (FPAP) has also extended cooperation to PWD Balochistan. It has established a Youth Centre at Regional Training Institute to give Youth of Balochistan a window of opportunity to discuss their issues in a friendly fear free atmosphere and spread awareness in their vicinity regarding objectives of small family norms. It has also initiated two more projects for capacity building and awareness creating of PWD district staff at Lasbela and Jafferabad districts. Moreover, a Reproductive Health Service of PWD shall also be shifted to Sahiban Hospital Quetta-a private hospital providing reproductive health services-with the assistance of Rahnuma-FPAP. The end in view for shifting this RHS-A is to promote public-private partnership (PPP) for service delivery in reproductive health sector. This facility would provide service in tube-ligation, implant insertion and other modern methods of contraception.

Moreover, a Letter of Understanding (LoU) has also been signed with PPHI Balochistan whereby a committee has been constituted at District Level, namely, District Level Reproductive Health Working Group to be chaired by district officers of PWD wherein District Health Officer, District Support Manager (DSM) are members who would deliberate upon departmental coordination, loopholes and a future work plan on reproductive health at district level.

Yet another project, namely, Hub and Spoke Model under the banner of United Nations Fund for Population Activities (UNFPA), has been launched in four district that narrows down focus to the constituencies where Afghan refugee population is concentrated the most. These districts include Killa Abdulla, Killa Saifullah, Chagai and Pishin so that the refugee population could also benefit from reproductive health services. The lead role in this project has been awarded to PWD Balochistan and PPHI.

On this World Population Day, seminars were also held in all the districts where religious, tribal and political leaders were invited and sensitized about the uncontrolled population hazards for women and children in particular. The Apex Court has already taken suo moto notice of the unchecked population growth and a Provincial Task Forces have been constituted at provincial level to bridle swelling population. In line with these directions from high administrative authority, PWD Balochistan organised TV and radio programmes in regional languages and held seminars so that they could make a greater impact and help in demand generation for contraceptives which serves as a vehicle for improving quality of life, reducing MMR, IMR, issues of stunted growth, mal-nutrition and deaths from preventable diseases. The eligible couples were thoroughly briefed about the all available methods of contraception so that the eligible couples could make an informed choice for their family planning methods.

Notwithstanding all the efforts that PWD Balochistan and other partners are making and would continue to make in the future, a greater impact could only be made to reduce unplanned pregnancies, MMR,IMR, food insecurity, malnourishment, stunned growth of children, chronic anemia in women and children when Population Welfare Department is given effective outreach to each vicinity, village and town in the province with skilled and trained staff. Now is the time to act lest it is too late!

The writer is former Balochistan Correspondent for Daily Times Pakistan