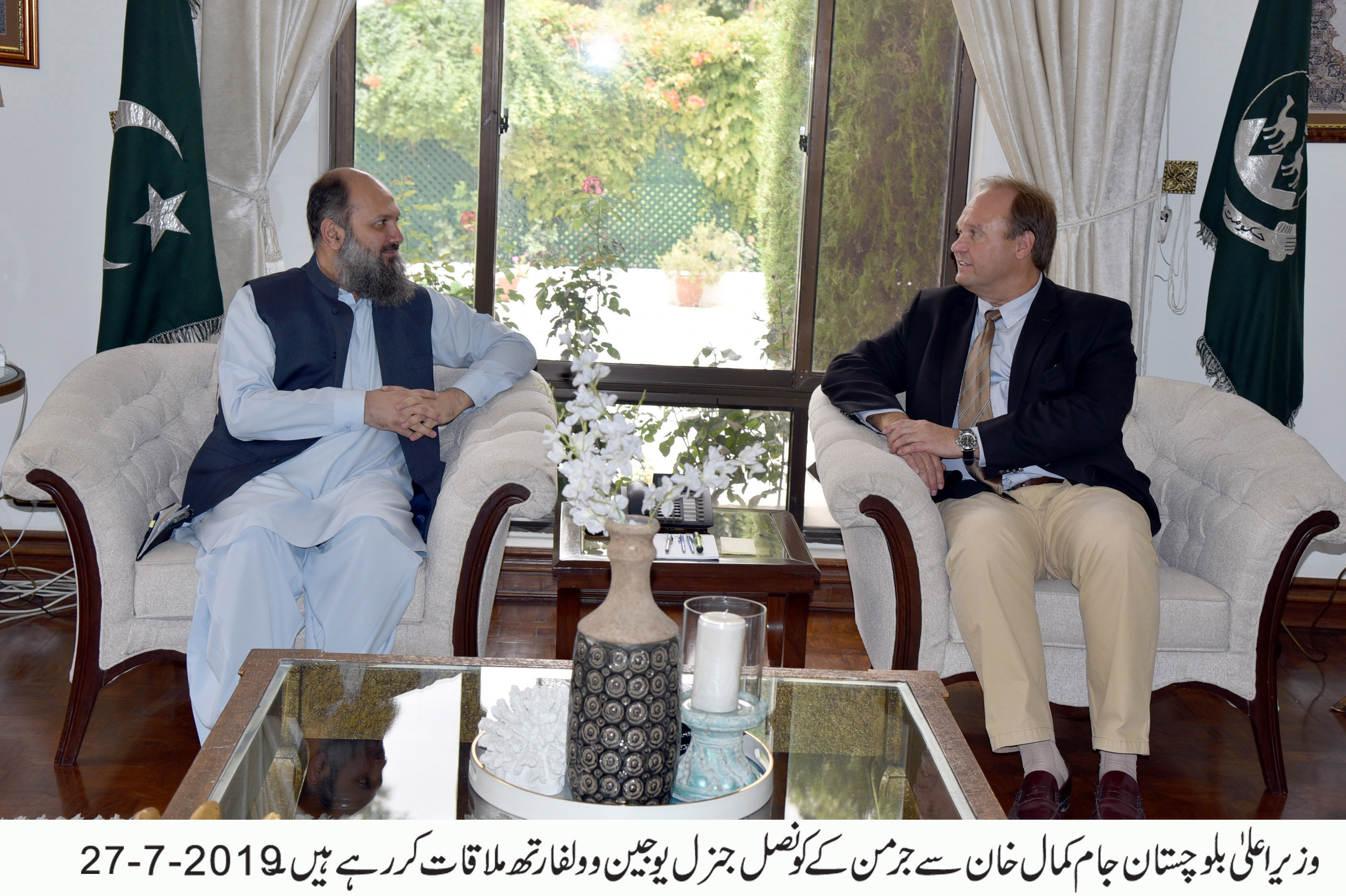 “The government is focusing on economic activities which will help international investors along with benefitting local people too,” CM said while talking to Wollfarth during a meeting in Quetta.

Briefing on the investment opportunities in Balochistan, Kamal said that the province has vast fields for investments including Gwadar port, minerals, fisheries, livestock, agriculture and industries. The provincial government is keen to bring the attention of international investors in these sectors, he added.

CM said, “Tourism has major scope of investment because it is an undeveloped sector in Balochistan. The provincial government is in process on a comprehensive program for it.”

Kamal also briefed the Consul General about initial phases of construction of Gwadar shipyard. The provincial government is keen to focus on economic activities that will the public who will be direct participants in the project.

The German diplomat expressed interest in public private partnership between investors of Germany and the government of Balochistan through joint ventures in different sectors.

“I have visited Gwadar and Ziarat and believe that Balochistan is the most suitable place for investment, which will grow in future with CPEC,” Wollfatth said.

Federal Minister for Defence Production Zubaida Jalal was also present in the meeting.

CM Kamal has been working to explore provincial resources and boost departments concerned. In March during a meeting with Turkish Consul General Tolga Ucak, the CM highlighted the opportunities available in the tourism sector of Balochistan.

He said the provincial government would benefit from Turkey’s experiences for promoting tourism in Balochistan, which, according to him, offers lot of opportunities for people who want to invest in tourism.

“Visits by Turkish investors in Balochistan would be helpful to promote trade in different sectors in Balochistan,” said Kamal. “The province’s southern sea areas and northern mountain region have the potential to turn into tourist havens,” he added.

Both leaders discussed avenues for cooperation and investment in different sectors of Balochistan by Turkey. Both leaders agreed to promote bilateral relations and trade.

The Government of Balochistan has been planning to introduce a new tourism policy in order to revamp and develop the sector for increasing provincial revenue.

This was stated by Balochistan Minister for Tourism, Culture and Sports Abdul Khaliq Hazara in March.

He had said: “We will try our best to boost provincial tourism, as it has large scope given the unique terrain of the province.”