Is Italy experiencing buyer’s remorse after signing up to China’s belt and road scheme? 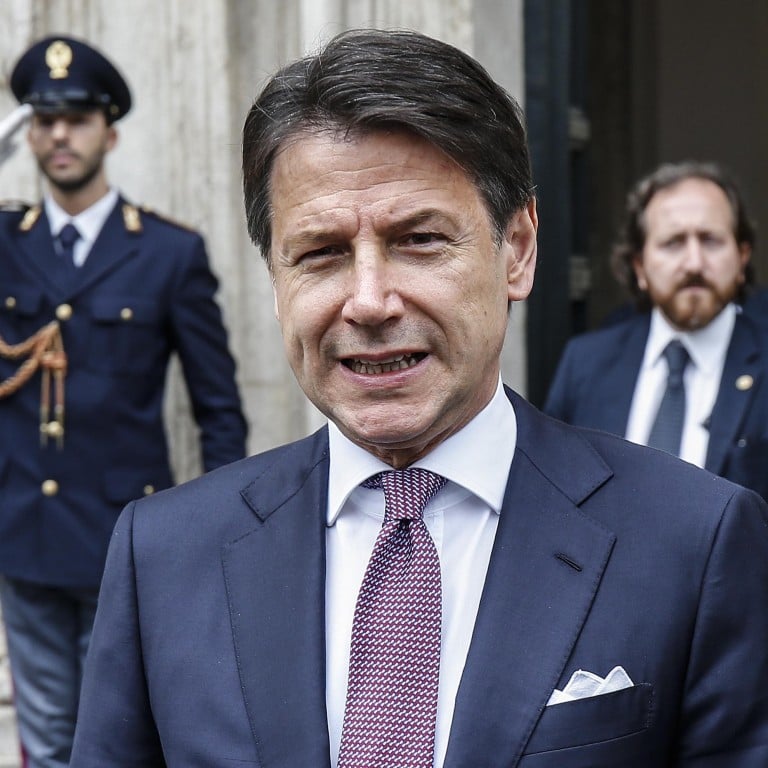 Four months after striking a deal, Prime Minister Giuseppe Conte appears less enthusiastic about Beijing’s infrastructure development plan, saying it is not the only game in townPet project of Chinese President Xi Jinping must ‘develop in an open and inclusive way’ and respect EU ‘standards and principles’, Italian leader says

Just months after witnessing a deal to make

Speaking at an annual conference of the country’s ambassadors over the weekend, the head of Rome’s coalition government said that whatever plans China had to expand its trade and infrastructure project within the European Union would have to meet the relevant standards set by the bloc.

“The Chinese initiative must … develop in an open and inclusive way, respecting the standards and principles enshrined in the EU strategy,” he was quoted as saying by Italian news platform La Verita. 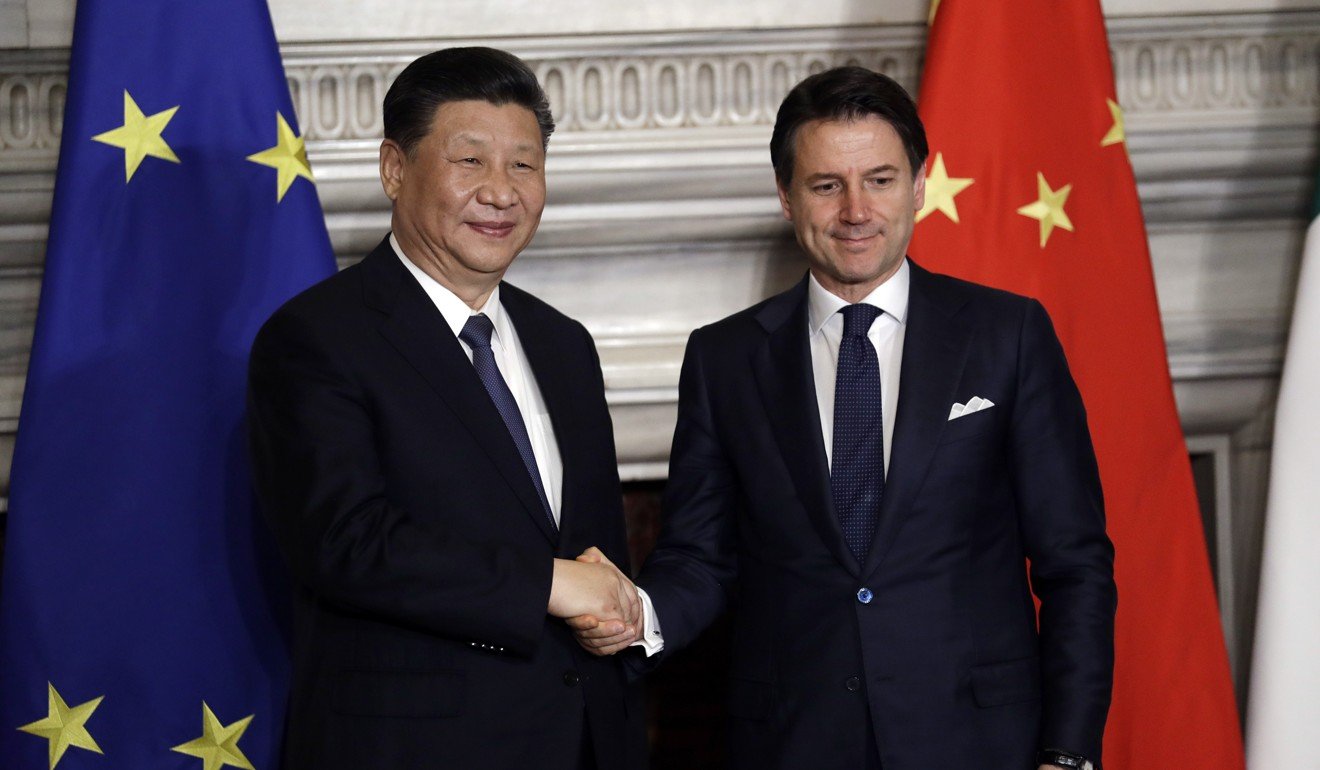 Italian leader Giuseppe Conte shakes hands with Chinese President Xi Jinping after the signing of a deal on the belt and road plan in Rome in March. Photo: AP

The tone of Conte’s remarks was notably less upbeat than during Chinese President Xi Jinping’s visit to Italy in March, when apart from the memorandum of understanding on the belt and road plan, the pair oversaw the signing of 29 agreements, including two management deals for the ports of Trieste and Genoa.

A person with knowledge of the ambassadors’ meeting agreed the Italian leader seemed to have cooled to the idea.

“Diplomats at the conference had the feeling that Conte sounded less enthusiastic about Italy-China relations than during Xi’s visit,” the source said in an interview.

Italy’s critics are ‘jealous’ of its China deal

Conte’s comments about the belt and road were also in contrast to the more positive remarks he made at the event about Italy’s relations with the United States and Russia.

According to the report by La Verita, Conte said he had “a fruitful relationship with US President [Donald] Trump”, and after meeting visiting Russian President Vladimir Putin earlier this month, said Rome could facilitate a detente between Moscow and the West.

However, Giovanni Andornino, a China expert at the University of Turin, said people should not read too much into Conte’s remarks.

“Italy remains committed to its enhanced partnership with China across a variety of realms, not least through the new channel established to facilitate dialogue between civil societies in the two countries,” he said.

Conte’s decision to join the belt and road plan came after he overruled the Italian foreign ministry and partnered the right-wing Eurosceptics in his coalition cabinet.

The move effectively alienated Rome from its traditional ally, Washington.

was unlikely to help Italy economically but could significantly damage its image on the world stage.

The plan, championed by Xi, aims to link China by sea and land with southeast and central Asia, the Middle East, Africa and Europe through an infrastructure network along the lines of the old Silk Road.

Aside from boosting trade and investment, the Chinese leader aims to advance exchanges in areas such as science, technology and culture.