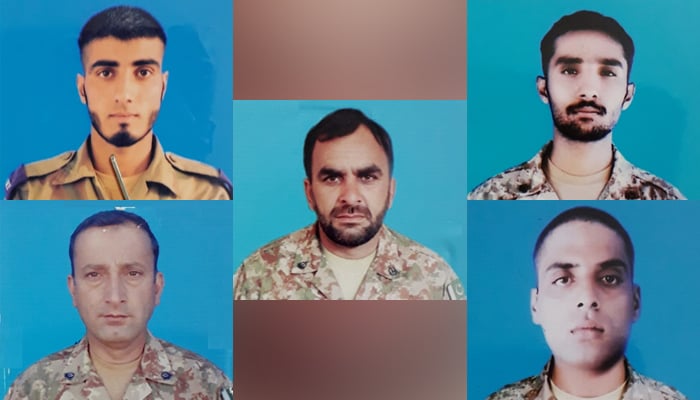 RAWALPINDI: Five Pakistan Army soldiers were martyred and another injured on Wednesday in an "explosive blast in Barnala, AJ&K, Chamb Sector few meters from LOC [Line of Control]", the military's media wing said in a press release.

The ISPR further added: "The incident is evident of state sponsored terrorism by India violating bilateral ceasefire agreement and the international rules."

The military's media wing listed the martyrs as follows: