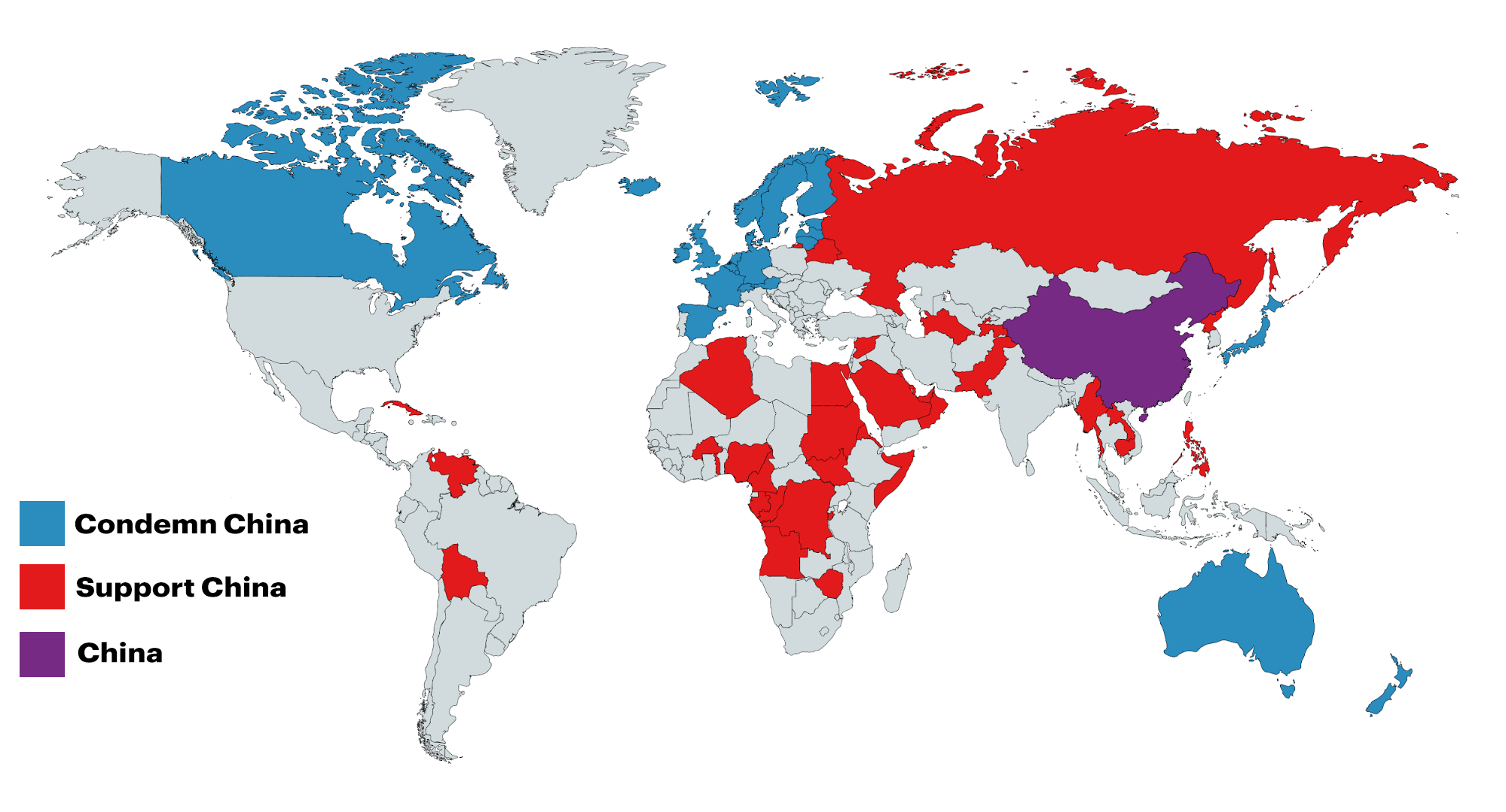 Photo credit: A visual representation of countries that signed letters to the UN Human Rights Council against and in defense of China’s ethnic policies in the Xinjiang region. Map made by Reddit user Hamena95

An extraordinary event in human rights diplomacy happened in the last week: Two unprecedented letters to the president of the UN Human Rights Council were signed by dozens of countries expressing either support for or condemnation of China’s treatment of Turkic Muslims in the Xinjiang region.

The condemnation came first,from the ambassadors of 22 countries, including Australia, Canada, Japan, and many Western European countries, but not the United States, which quit its position on the council a year ago.China responded with a letter of its own: Russia and Saudi Arabia were among the 37 states that expressed support for China’s ethnic policies in Xinjiang as a successful “counter-terrorism and deradicalization” program, Reuters reports.

WHAT'S REALLY GOING ON IN XINJIANG?

As we wrote in the SupChina Weekly Briefing last week, scholars estimate that there are as many as 1.5 million Turkic Muslims in “re-education camps” — i.e., concentration camps — in China’s western Xinjiang region. The goal of the mass internment campaign, which began in the spring of 2017, has been reported to be forced assimilation of ethnic minorities — i.e., cultural genocide — that Beijing considers to be a threat to stability.

The Australian ABC has multiple new resources to learn more:

Tell the world — a 45-minute documentary on the crisisThe missing: Meet the families torn apart by China's crackdown on Uyghurs