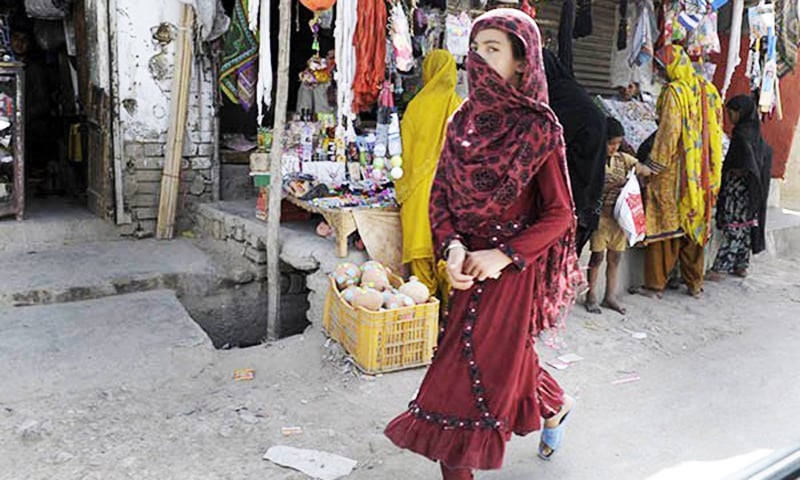 The survey also reveals that 61.3pc women of reproductive age were victims of anemia. — AFP/File

In Balochistan, 73.7 per cent of adolescent girls and boys are suffering from anaemia [a medical condition caused by iron-deficiency], according to the National Nutrition Survey 2018.

The findings of the survey were presented by Dr Professor Zulfiqar Bhutta during a ceremony in Quetta today.

✔The survey also revealed that 61.3pc of women of reproductive age were suffering from anaemia.

✔The report further revealed that nearly half of children aged five or under are stunted in the province, while nearly two of ten suffer from wasting [the prevalence of low weight for height].

✔The survey reveals that over 30pc of the children under 5 are underweight and nearly 20pc are overweight.

"First 1,000 days are the most critical period of growth and development in a child's life," Reem Tarazi, UNICEF chief filed officer in Balochistan said at the ceremony. The report also reveals an alarming rate of wasting, which was recorded at 18.9pc in the province.

✔Alarmingly, 50pc of the population in Balochistan is facing food insecurity.

Dr Bhutta said at the ceremony that the survey assesses the nutrition status of 18,145 households across the province with a primary focus on children under five, adolescent girls and women of childbearing age.

"Knowledge of health and nutrition should be included in the national curriculum," Sanaullah Baloch, a legislator from the Balochistan National Party (Mengal), suggested at the event.

Balochistan Health Minister Naseebullah Marri, while addressing the ceremony, said his government is committed to provide food security to the people of the province.