Why and How Pakistani Christian Girls Are Smuggled to China 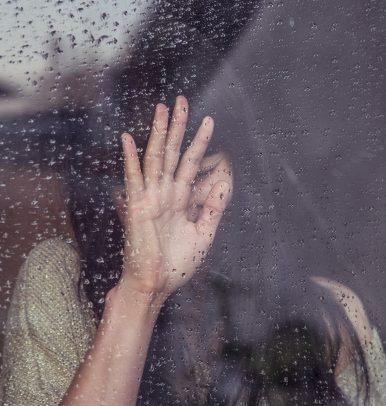 The dark side of the two countries’ “iron brotherhood”: human trafficking.

Dreaming of a better life away from hardship, hundreds of Pakistani Christian girls are allegedly being lured by the Chinese under the pretext of phony marriages, and then forced into prostitution in China. The Chinese nationals promise a luxurious life to the prospective brides and economic help to their families, but once the girls are in China, they face a life of forced prostitution and even torture.

Pakistan is overwhelmingly a Muslim country with Christians representing about 1.6 percent of the population. The majority of these Christians are descendants of the so-called low-caste Hindus – in order to escape the vicious caste system, they converted to Christianity. But in Pakistan, their life is not only full of hardship, but they are also targeted by the Jihadist groups. Their conversion and life in Pakistan is like going from the frying pan into the fire.

The local matchmaking agents play a key role in convincing the families of the brides – as does national-level propaganda about the bilateral relationship. In some Christian localities, advertising posters are seen that read: “Long live Pak-China friendship! Attention honorable Christians. Proposals of deserving, poor and good families are urgently required for China. Chinese family will bear all expenses. Education is not a problem.”

According to a Pakistani special intelligence report, some Chinese workers who were part of a development project in Pakistan formed a gang and targeted Christian girls through their local brokers. They would receive photos of compatriots from China and show the images to the brides. The smugglers would assure the families that their would-be sons-in-law are not only wealthy but also Christians.

Well-established Chinese soft power in Pakistan is another reason that contributes to the smuggling of Pakistani women to China. As a part of Belt and Road Initiative China has been pouring $60 billion into Pakistan’s infrastructure through the China-Pakistan Economic Corridor (CPEC). The investment is seeing a growing number of Chinese migrating to Pakistan, where they are held in high esteem in Pakistani society — the Chinese are considered wealthy and “high-class” people. And that is why besides Christians, many Muslim women too are married off to Chinese men after their husbands embrace Islam.  But even “happy” marriages between Pakistani and Chinese cannot last long — the religious Christians and Muslims brides find it difficult to live in an officially atheist state where religious freedom is hardly tolerated.

Pakistan is not the only country where Chinese are involved in “bride smuggling.” In countries like North Korea, Vietnam, and Cambodia, Chinese traffickers were involved in similarpractices. This burning demand for women in China is partially due to the legacy of Beijing’s “one child policy” and a traditional preference for sons, which resulted in a disproportionate number of men.

Irfan Yar is a counterterrorism and foreign affairs analyst, and currently a research intern at the Macdonald-Laurier Institute. He previously worked at the Observer Research Foundation and Carnegie India. He has published in The Epoch Times, The Hill Times, Toronto Sun, The Diplomat, Inside Policy, and elsewhere. He tweets @irfan_yar.

October 23, 2017
The Kurds are the ethnical group living in a region known as Kurdistan which is divided into Iraq, Syria, Turkey and Iran. They  are struggling for an independent region since decades and they are famous for their female guerrilla fighters.         On 25 September 2017, the referendum for an independent Kurdish region  was held in Iraq with a turn out of 72 %.    On this important occasion, the historical relation between Kurd and Baloch people is worth discussing.        When it comes to history, every nation tends to find its roots and origin. Same goes with the Baloch people. The Baloch people are always curious  about  finding their roots in history. Even if you  talk to a shepherd in Balochistan, he will be curious to talk about his  tribal or ethnical roots.       The Balochs have always conveyed the history to the next generations in different mediums like poems etc. No Baloch before 20th century had written books on  history  or origin of the Baloch nation .
Post a Comment
Read more