The Costs of Confrontation with Iran Are Mounting 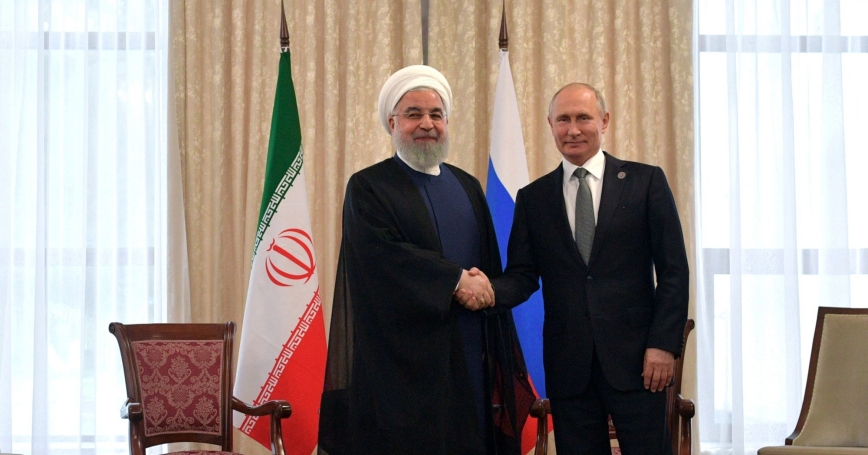 Recent diplomatic efforts to save the Iran nuclear agreement and de-escalate rising tensions between the United States and Iran—including the first visit by a Japanese prime minister to Iran since the revolution—only gave a brief respite from talk of war.

With new attacks on oil tankers in the Gulf of Oman last week that American officials are attributing to Iran, tensions are flaring up again.

Even if the United States and Iran avoid a direct military clash, the escalation and the U.S. maximum pressure campaign are exacting long-term costs for U.S. interests and regional stability in ways that may be difficult if not impossible to reverse.

The first casualty is likely to be the Iran nuclear agreement, the Joint Comprehensive Plan of Action (JCPOA). The Trump administration's decision to leave the deal has likely caused irreparable damage to the agreement and possibly to the American interest in preventing a nuclear-armed Iran in the future.

While administration officials insist their approach will lead to a stronger nuclear deal and to Iran becoming a more “normal” country, there are potential consequences to consider in terms of proliferation, regional stability, and U.S. global relationships.

On last month's one-year anniversary of the U.S. withdrawal from the JCPOA, Iran announced it would no longer export extra low-enriched uranium and heavy water to other countries as outlined in the agreement to maintain Iran's nuclear program within an acceptable threshold and prevent its ability to enrich to weapons-grade levels.

The Iranians subsequently began increasing the pace of production for their low-enriched uranium and are now saying that their stockpiles could exceed the caps set in the nuclear agreement by the end of this month.

These measures have not yet violated the JCPOA according to the International Atomic Energy Agency, and Iran maintains that it wants to salvage the agreement despite the American withdrawal.

But Iran essentially gave the Europeans a 60-day ultimatum to deliver on the economic benefits promised in the agreement or risk Iranian backtracking on its nuclear commitments.

The United States not only re-imposed sanctions on Iran itself but on anyone else who trades with Iran. Europe has been seeking ways to work around U.S. secondary sanctions, yet it is not clear these efforts can convince private companies that the risk of doing business with Iran is worth the risk of losing the U.S. market.

At best, Europeans may succeed in maintaining trade on unsanctioned humanitarian and other goods through the creation of a new financial mechanism to facilitate non-dollar trade, the Instex.

But even if successful, this will not likely provide the economic benefits Tehran was expecting in return for agreeing to the JCPOA. As German Foreign Minister Heiko Maas recently stated, while Europe remains committed to the agreement, “we cannot work miracles.”

Backed into a corner with no apparent off-ramp or economic advantage, Iran may have little incentive to continue complying with nuclear restrictions.

The U.S. sanctions are squeezing Iran where it hurts most—oil exports. China is so far bucking U.S. pressure, but India and other Asian powers are unlikely to continue importing Iranian oil. Backed into a corner with no apparent off-ramp or economic advantage, Iran may have little incentive to continue complying with nuclear restrictions.

In fact, Iran may see value in renewing nuclear activities to gain leverage in future negotiations, particularly if it perceives little to lose under the current circumstances. That does not mean Iran will leave the Nonproliferation Treaty, kick out arms inspectors, or ramp up its nuclear program overnight.

The dismantling of the JCPOA would take some time, but once Iran steps back from JCPOA commitments, it will be difficult to get those commitments back.

The Trump administration's withdrawal, coupled with threatening rhetoric and military buildups in the region over the past month, could encourage an even less-compromising Iranian position should future negotiations over Iran's nuclear program ever be possible.

Indeed, a future U.S. administration could confront a tougher Iranian negotiating position than in the past. Simply returning to the JCPOA may no longer be an option.

At the same time, the confrontation may be damaging to other regional interests, most critically stabilizing Iraq and distracting from the mission to continue countering ISIS.

By threatening to end waivers for Iraq's ability to import Iranian oil, the Trump administration put Iraq in a difficult position given its economy's reliance on Iranian gas and electricity.

While the administration's decision to extend the waivers for Iraq by three months is a positive step, its continuing pressure on Iraq to join its maximum pressure campaign against Iran puts unnecessary pressure on an Iraqi leadership facing daunting challenges at home and is not a realistic ask given the deep ties between Iraq and Iran.

A wiser approach would instead prioritize working with the Iraqis on the mutual interest in preventing the resurgence of ISIS. The pressure campaign is also only further straining U.S. relations with Turkey, already at a breaking point over differences in Syria, that could further move Turkey into Russia's orbit and weaken the NATO alliance.

Finally, the United States is paying a price for its maximum pressure stance in the global arena, fraying critical transatlantic relationships and solidifying Russian influence in the region.

Washington is paying a price in the global arena, fraying critical transatlantic relationships and solidifying Russian influence in the region.

Despite expectations that the Saudis can make up for the shortfall of Iranian oil to keep prices down, the continued pressure campaign may nonetheless drive global oil prices up, creating resentment around the world at American unilateralism while hurting U.S. consumers at home.

To the extent that the maximum pressure campaign has gained international compliance, it has been achieved through threats and coercion, not buy-in.

Critical allies like Germany and Japan are even publicly questioning the credibility of American claims that the Iranians were behind the oil tanker attacks in the Gulf of Oman, despite strong indications that the Iranians would have both the motives and the means to conduct such operations.

This tally of costs was largely triggered by the abrupt U.S. withdrawal from the JCPOA, an exit that rebuffed European efforts over a year ago to build on the deal to address non-nuclear areas of concern, such as Iranian missile development and support for regional proxies.

One could argue that such costs may be a price worth paying to achieve a stronger nuclear deal with Iran that also reins in its dangerous activity in the region.

But there is no better deal in sight, flash points for military conflict continue to grow, and proliferation threats are increasing. The results are angry allies and energized adversaries, a more dangerous Iran, and the continued risk of military conflict.

Dalia Dassa Kaye is director of the Center for Middle East Public Policy and a senior political scientist at the RAND Corporation.