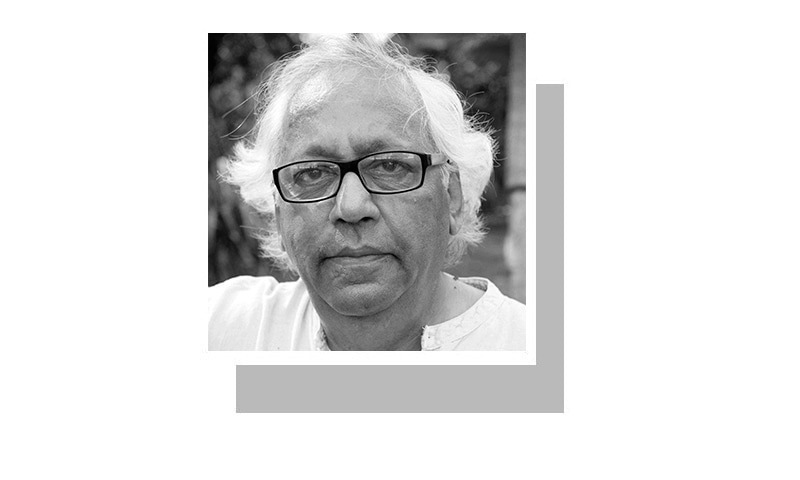 ONE of the fundamentals of strategy, as taught in military academies around the world, is that a successful commander avoids fighting on multiple fronts.

But here we are, facing many political, economic, military and ideological problems internally. Externally, we are virtually isolated, relying on Saudi Arabia and China to bail us out. To make things worse, most of these problems are of our own making. Instead of blaming outsiders for creating them, we need to confront our own demons.

However, before a problem can be solved, we first need to acknowledge that it exists. The next step is to evolve a consensus, and forge the political will to take the tough measures needed. But in a security state like ours, it is not always national interest, based on logic and reason, that dictates decision-making. Instead, we have permitted a warped ideology, developed and pushed by the establishment, to take over the public discourse.

In this brief overview of the multiple threats we face today, let us begin with the fragile state of our economy. After seven decades of skewed priorities, we can’t afford to educate all our children, or even provide them with clean drinking water. Just to give an idea of how bad things are, the budget proposals announced recently allocate over half of government resources to defence and debt servicing. Keep in mind that considerable sums relating to defence are shown under other heads.

Our population growth continues unchecked, and has now reached around 220 million. Compare this with the 34m who inhabited what is now Pakistan at Partition. After the 1970s, successive governments have pushed this explosive issue under the carpet. Fear of a religious backlash has kept family planning out of reach of most women.

Many factors have fed into deep resentment.

Education is another area where governments — both military and civilian — have failed. It’s not just that funds are lacking: every year, a significant proportion of the education budget remains unspent. The political will to improve state schools and universities is clearly missing.

Our treatment of minorities is a national disgrace. In addition, we have virtually marginalised most women, denying millions of girls an education and the opportunities that come with it.

None of these problems can be blamed on outside forces. However, our past adventurism beyond our borders provoked a predictable backlash from Afghanistan and India.

Take the long-simmering insurrection in Balochistan as an example of our failure to solve problems politically. The Baloch have long complained of neglect by the centre, and blame Islamabad for the exploitation of the province’s resources without the local people benefiting from them.

Gas from the Sui fields has been a particularly sore point. Baloch nationalists have pointed to the injustice of gas being piped to distant cities like Islamabad, Karachi and Lahore while towns in Balochistan are deprived. Similarly, nationalists allege that copper deposits and other minerals are being mined for export while the province gets nothing.

But per capita, Balochistan receives a bigger slice of the development budget than the other provinces. One problem is that while it represents 44 per cent of Pakistan’s landmass, it only has 5pc or so of the population. Providing roads, electricity and schools across vast distances is a major challenge. Also, Baloch sardars who traditionally get elected are known to divert much of the development budget into their own pockets.

All these factors have fed into deep resentment and growing violence. India is said to be financing and arming separatist groups like the Baloch Liberation Front and the Baloch National Army. They have claimed responsibility for killing a large number of security personnel as well as innocent non-Baloch workers.

These bloody acts have won them no friends in the rest of the country. But instead of talking to them and trying to meet them halfway by granting greater autonomy and more resources, the state has responded with violence and oppression. A peaceful resolution to the conflict is all the more pressing as much of the CPEC initiative is focused on Balochistan.

Externally, our enduring enmity with India has only served to isolate us. Of course the fault for the strained relations lies on both sides. Recently, we stood on the brink of yet another armed conflict. How long will this confrontation endure? And more to the point, for how long can we sustain it?

Given these — and many more — problems, it seems odd that the ruling combine has seen fit to open additional fronts in KP as well as with the Supreme Court. One would have thought the government had its hands full of ongoing crises without poking a stick into more hornets’ nests. But as the saying goes, “Those whom the gods wish to destroy, they first make mad.”