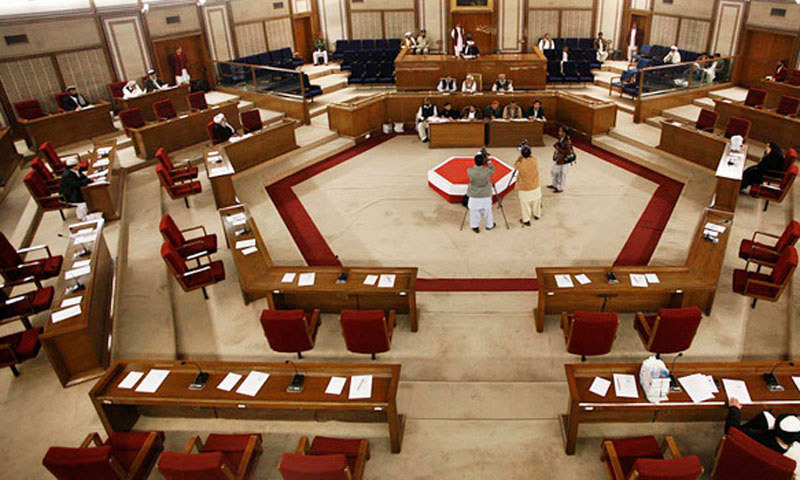 Opposition parties in the Balochistan Assembly have announced that they would launch a movement against the provincial government after the presentation of the provincial budget. — APP/File

QUETTA: Opposition parties in the Balochistan Assembly have announced that they would launch a movement against the provincial government after the presentation of the provincial budget.

A meeting presided over by the Leader of the Opposition Malik Sikandar Khan here on Monday slammed the government for not taking the opposition parties into confidence over the budget preparation.

“Public Sector Development Programme (PSDP) of 2018-19 has lapsed due to incompetence of the current government and it will cause a bad impact on provincial economy,” Malik Sikandar said, adding that appropriate planning of the PSDP could have changed the province’s fortune.

Opposition parties have called a session of the Balochistan Assembly on June 12 to discuss the issues facing the province.

The meeting also discussed moving a no-confidence motion against Chief Minister Jam Kamal Khan Alyani, but did not take a decision on the issue.

The opposition leaders denied the chief minister’s claim about reaching a consensus over the next budget and said that the government did not invite them to discuss budget proposals.

“We have set up a six-member committee comprising opposition members to keep a close eye on the PSDP and budget affairs,” Malik Sikandar said.

He said the opposition had no plan to bring a no-confidence motion against the chief minister in the June 12 assembly session. “It is a game of numbers and whenever we have the required numbers the no-trust motion will be moved,” he said.

Aslam Raisani lauded the army’s decision of spending the defence budget in Balochistan and tribal areas, but said: “We will see how this decision is implemented.”

Malik Naseer Shahwani said 80 per cent of the PSDP had lapsed while the provincial government was busy awarding funds to its members,

“Non-elected members have been given millions of rupees for development projects,” Mr Shahwani claimed.