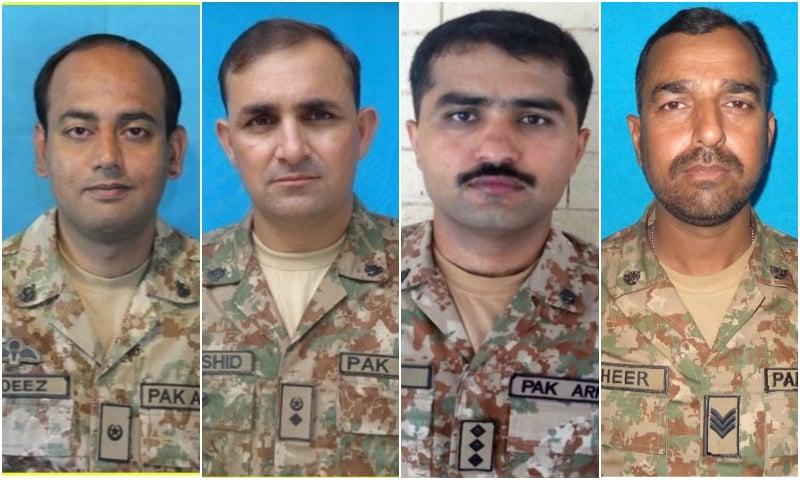 Three officers and a soldier of the Pakistan Army were martyred in an improvised explosive device (IED) explosion in Kharqamar area of North Waziristan tribal district on Friday, an Inter-Services Public Relations (ISPR) statement said.

Four other soldiers also sustained injuries when terrorists targeted a military vehicle through an IED planted on the roadside, the military's media wing said.

"This is the same area where forces had conducted search operations and arrested [a] few facilitators," the ISPR statement said.

It noted that 10 security personnel have been martyred and 35 injured due to terrorist violence in the area over the course of the last one month — a figure that includes today's casualties.

The incident, which coincides with the third day of Eidul Fitr, comes a day after two Frontier Corps (FC) soldiers were martyred in Balochistan's Harnai district while on Eid patrol duty. The security personnel were targeted through an IED as well, sources within the Balochistan Levies had said.

It also comes less than a week after a Pakistan Army soldier was martyred in a gun-and-bomb attack on a security vehicle in North Waziristan. The military's media wing had noted at the time that "terrorist activities in North Waziristan have increased lately."