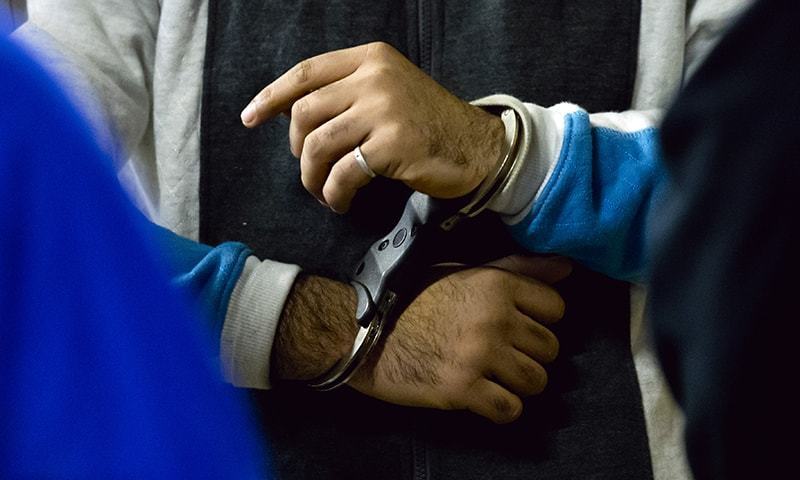 FIA team arrest the suspects from a marriage ceremony at a hotel in Faisalabad. — AP/File

FAISALABAD: The Federal Investigation Agency (FIA) claims to have arrested four people including Chinese nationals on the charges of trafficking girls to China by contracting marriages.

A team of the FIA Faisalabad raided a hotel in D Ground, Peoples Colony, where a marriage ceremony was on and arrested four people including two Chinese nationals. The officials said the suspects had long been involved in trafficking of girls to China.

They said an application had also been submitted by a man in which he had mentioned the names and particulars of two girls who had been sent to China after marriages.

FIA Punjab Director Rustam Chauhan said stories were emerging that a gang was involved in smuggling of the Pakistani girls. He said it was yet to be ascertained how many girls had been sent to China or whether the crime was being committed for organ trade or some other purpose.