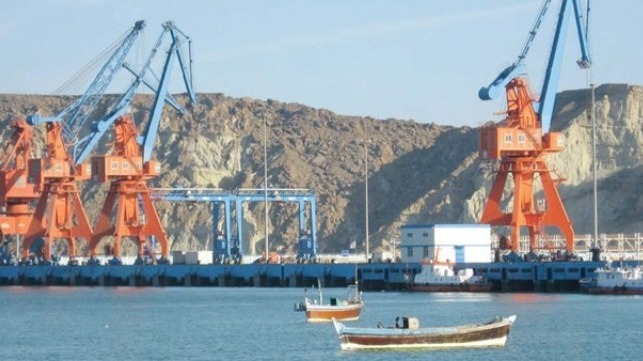 Persistent attacks by ethnic Baloch separatists are hampering the development of the Chinese-operated port of Gwadar, Pakistan, the linchpin of the China-Pakistan Economic Corridor (CPEC) project.

On May 11, Baloch Liberation Army gunmen attacked the most luxurious hotel in Gwadar, killing five Pakistani citizens and one soldier. The attack followed just one month after the same group killed 14 people on Gwadar's Makran Coastal Highway - including 11 military servicemembers - and six months after an attack on the Chinese embassy in Karachi killed two policemen and two civilians.

The ethnic Balochi homeland (Balochistan) straddles the Pakistani-Iranian border between Karachi and Bandar Abbas, extending inland as far as Afghanistan. It was an independent kingdom until British conquest in the 1800s, and Baloch nationalists would like to see the region regain its political autonomy.

Baloch militants have fought multiple insurgencies against the Pakistani government since the late 1940s, and their recent actions have targeted Gwadar and the CPEC project in particular. The construction of the port and the associated public works have relied heavily upon Chinese contractors, and Baloch groups assert that they have been excluded from the jobs and economic benefits of the project. The Baloch Liberation Army has called for China to cease its involvement in the region's development.

The Pakistani government has pledged to provide security for Chinese interests in Balochistan, and has set up a dedicated 15,000-strong military division for CPEC. However, the hotel attack earlier this month showed that militants are able to penetrate the defensive perimeter and security controls that Pakistani forces have emplaced around Gwadar.

Zhou Chenming, a Chinese military analyst based in Beijing, recently told the South China Morning Post that the security situation might make think Chinese entrepreneurs think twice before doing business in the reason. "Pakistan's economy is not very good, and this port has become very wasteful," he said. "Under these circumstances, including with the hotel attack, how can China conduct its business?"