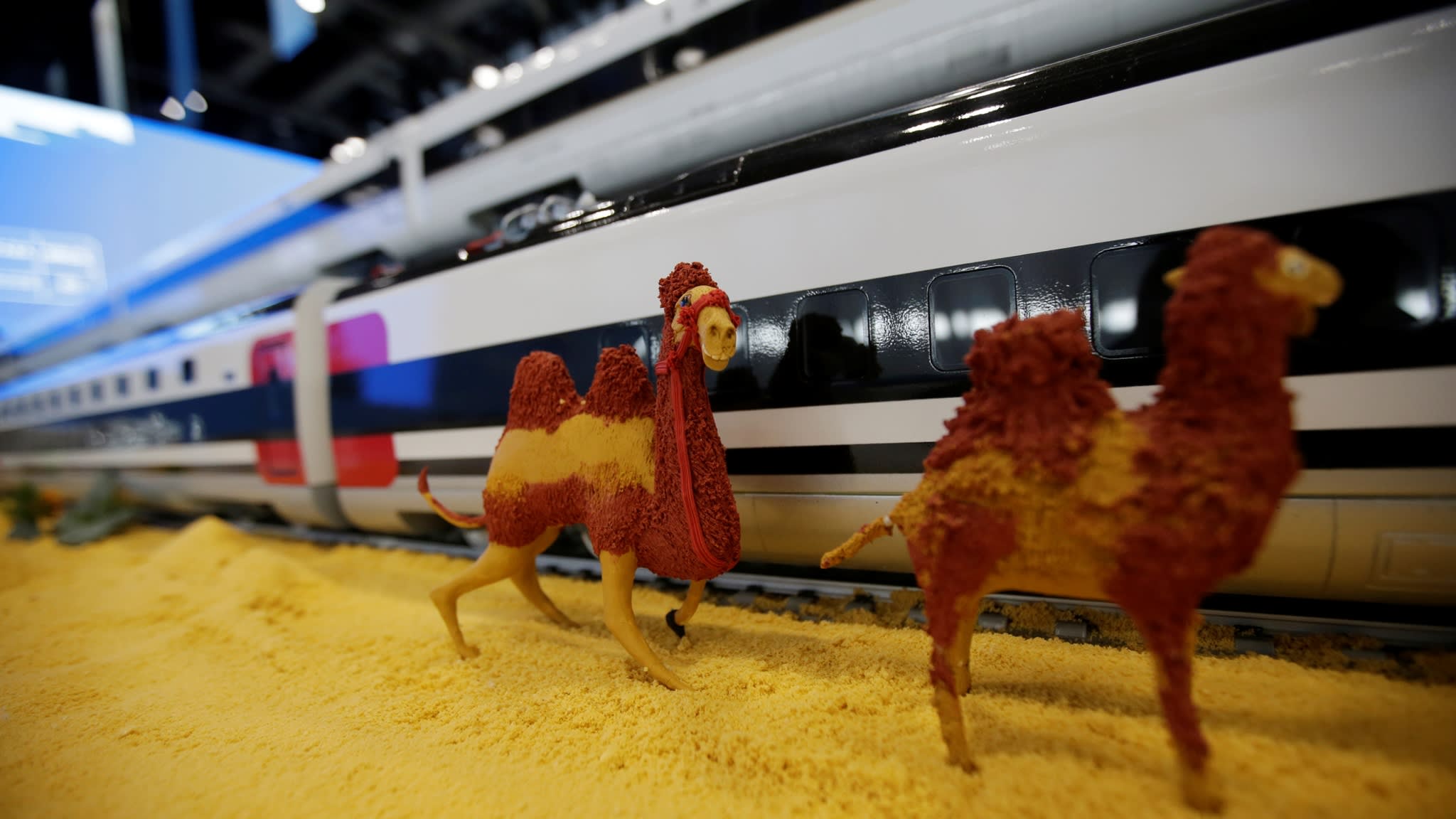 A replica of China Railway high-speed trains at the Belt and Road Forum: The BRI has drawn accusations of China pushing states into excessive borrowing.   © Reuters

As even Chinese President Xi Jinping has realized, the Belt and Road Initiative has to find a new groove.

The BRI has come under harsh criticism over the past year, amid the heat of national election campaigns in countries such as Malaysia and the Maldives and accusations of China pushing states into excessive borrowing. Xi moved to address these concerns with his speech to leaders at the Belt and Road Forum in Beijing in late April, pledging a new emphasis on transparency and the sustainability of both financing and projects, as well as "zero tolerance for corruption."

But the BRI's fundamental problem is its bilateral nature: the initiative is in practice a set of memorandums of understanding between China and other individual countries, many of which are much smaller. BRI countries do not have a channel to interact with one another within the initiative and also lack influence over its development and future. The entire program centers on China.

What is needed, if China is really serious about improving the BRI, is to convert it into a proper international organization -- with China as just one of many members, even if the leading one, rather than the initiative's sole authority.

Even against a backdrop of U.S. ambivalence or opposition, such multilateral formalization has already happened with a good portion of the alphabet soup of international initiatives launched by Beijing over the years, such as the Asian Infrastructure Investment Bank and the Shanghai Cooperation Organization. The "16+1" forum, recently transformed into "17+1" with the addition of Greece, has also been institutionalized with a secretariat for cooperation between China and Central and Eastern European Countries set up in Beijing.

The BRI dates back to 2013, the same year China launched the AIIB. The two, however, have taken very different development paths. Membership in the AIIB is on track to reach nearly 100 countries, big and small, from around the world, including five of the seven leading Western nations in the Group of Seven despite U.S. antipathy.

The AIIB has succeeded by allowing countries besides China to play important roles in its decision making. While it was originally Beijing's idea, the AIIB is no longer just a Chinese project, but an international body. The BRI should follow in the AIIB's footsteps to win broader support and establish a foundation for long-term success. Xi said "the Belt and Road is not an exclusive club" in his speech.   © Reuters

In Xi's speech at the Belt and Road Forum, he said that "the Belt and Road is not an exclusive club." Institutionalizing it would help prove the project's openness as well as allow it to be transformed, molded and polished by the ideas of other countries, both big and small.

This would also help to draw in Western powers, who have so far been reluctant to get significantly involved, perceiving they would have little influence or leverage. On the eve of last month's forum, Italy became the first G-7 nation to formally embrace the BRI. This, however, was due to the country's populist turn and keen need for infrastructure investment rather than a changed view of the initiative.

If the BRI were institutionalized, could Japan even become China's co-pilot? The Asian Development Bank and the AIIB, with Tokyo and Beijing as their respective prime movers, are already working together on projects. Japanese Prime Minister Shinzo Abe has talked since last year about joining with China on supporting infrastructure development in other countries, as both governments seek to hedge ties with the U.S.

Indeed, Chinese and Japanese state companies are now working together on setting up a high-speed rail link between three airports near Bangkok. South Korea and India could also be potential converts to a revamped BRI, with both already in the AIIB. French President Emmanuel Macron last year showed interest in the BRI, but with the condition that it become a "shared road" rather than a "one-way" route.

The U.K., which unlike Japan has joined the AIIB, would be another possible recruit to a multilateral BRI, especially after Brexit. In fact, London has already expressed its interest in "helping to realize the potential of the BRI," without signing an official agreement with Beijing. Chancellor Philip Hammond traveled to the recent forum in the Chinese capital in pursuit of deals, heedless of Washington's decision to avoid the event.

History has already recorded that the BRI was a Chinese initiative and President Xi its designer. By pooling perspectives and expertise from other stakeholders via an international organization, China can improve the quality of BRI projects and ensure a successful future for the initiative.

Chinese officials have in the past described the BRI as "the most important public good China is offering the world." If they are committed to make that true, then it is time for Beijing to open up the BRI to the world and let the global community shape its future. Andreea Brinza is vice president of the Romanian Institute for the Study of the Asia-Pacific.