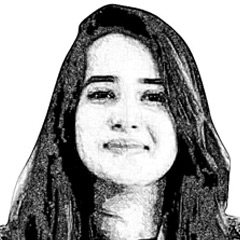 Balochistan, the largest but least populous province of Pakistan is yet to embark on the road to sustainable peace, prosperity and good governance. From geo political perspective its location is of paramount significance. It is one of the vital strategic windows that connect Indian Ocean with historical steppes, mountain ranges, power, and resource epicentres of Eurasian continent. It would be not a matter of exaggeration that its vast stretches and strategic outpost in Indian Ocean impart to it a geo-strategic importance, which in a may is comparable to the 20th century Halford Mackinder’s heartland. On one hand it provides shortest route to Central Asia region while on the other hand it lies at the doorway of Persian Gulf just short of the Strait of Hormuz, the world’s most important chokepoint with an oil flow of 18.5 million b/d in 2016.

In the backdrop of global power politics, following BRI announcement and China- Pakistan Economic Corridor’s flagship status in the project has catapulted Balochistan into another realm of Indian Ocean’s geo-political competition. The grounds for grand contest in near future are being set with India and China grappling for dominance, US struggling to maintain its influence and other players threatening the flow of resources. Amidst these new geo political realities, a chaotic and downtrodden Balochistan is an internal problem with global outreach.

The strategic location, and by virtue of being an important node of BRI, China could have a strong interest in contributing to the maintenance of security of the route, which entails appropriate positioning of its naval assets. This complements China’s so-called String of Pearls strategy in term of securing maritime access to Indian Ocean. It proffers western China access to sea, transport imported crude oil from Iran, Gulf States and Africa to North West China, offers strategic advantage to Pakistan not solely dependent on Karachi in case of an armed conflict and acts as the shortest route for Afghanistan to Indian Ocean.

India perceives strategic investment of China in Gwadar at the tip of Strait of Hormuz as breeding of ‘Hormuz syndrome’. In the context of the trade and energy security, Strait of Hormuz is standing on equal footing for India as Malacca Strait stands for China. There are 572 islands of Adaman and Nicobar out of which nine major snarl-ups maintain control over the entry into Malacca Strait and Six degree Channel. While Andaman and Nicobar are a “very important aspect” of India’s security, acting as extended arms of the country. China is sensitive to signalling of change in policy of Modi’s extended outreach to Japan in Malabar and US military exercises in the region. In response, stronger Chinese presence around Gwadar will be the proverbial lingering sword over Indian energy security.

It’s crucial time to reshape our Baloch approach, reconstruct and appease rather than press on with the old dysfunctional top – bottom approach. People centric socio- economic approach is required addressing all the variables rationally to get effective result in utilization of national resources and human capital

In other terms, Lakshadweep Islands in the South West of India will strengthen its maritime sphere to western theatres of Indian Ocean as the Andaman does to Eastern Theatres. With 20,000km2 access to territorial water and 400,000km2 to EEZ it aims to convert its present naval outpost in Lakshadweep into a full-fledged operational base vis-à-vis Pakistan. Whereas China is bolstering Pakistan’s strategic strength that in return is supplementing China’s strategic presence at and around Gwadar port. In this regard, China has provided maritime patrolling boats and inked agreement for selling of 8 AIP submarine to Pakistan, which raised Indian concerns. In the face of these developments Pakistan becomes a de-facto player on the Indo-Pacific chessboard. The recent Indian effort to violate Pakistan’s waters is an eye opening occurrence which reinforces the idea.

Commercially sea lanes of communication (SLOCs) have been a top priority for import-export activities since ancient times. In 21st century seas will shoulder around 70% volume of import-export, even if BRI reaches to its planned status. Although, Pakistan does not have a developed export sector and industries, but it derives its importance from its role in providing regional and global connectivity through waters and lands. In this regard, Balochistan is the fulcrum of Pakistan’s transit state status.

In global politics, Balochistan is Pakistan’s pressing nerve. For West it is a bargaining-chip. Whenever, the relations between Pakistan and West get strained, the latter exaggeratedly highlights human right violations and Baloch rights in order to twist Pakistan’s arms. Internally, Pakistan should come forth with clearer stance on its decades old twin approach towards Balochistan where it has kept on viewing its political problems collectively in the frame of poor economic growth and under development while resolutely viewing Balochistan through the prism of security and regional strategic policies. Our policy makers should give up the attitude of ostrich and recognise the imminent challenges with reciprocated rhetoric and response. Every possible effort of direct or indirect external involvement of neighbouring countries must be bridled through the combination of the hard, smart and soft approaches.

It’s crucial time to reshape our Baloch approach, reconstruct and appease rather than press on with the old dysfunctional top – bottom approach. People centric socio- economic approach is required addressing all the variables rationally to get effective result in utilization of national resources and human capital. Implementation of Aghaz -e-Haqooq-e- Balochistan project, National Action Plan, NFC Award and Quetta Safe City Project must be essentially ensured on immediate basis to deal with the existing socio-politico-economic and security deafening situation.

The author is a Research Officer in Islamabad Policy Institute (IPI). Her research focus is on Governance and Public policy of Pakistan covering areas of climate change, human rights, education and media