Baloch versus Beijing: how Chinese investment in Pakistan has energised a violent separatist movement 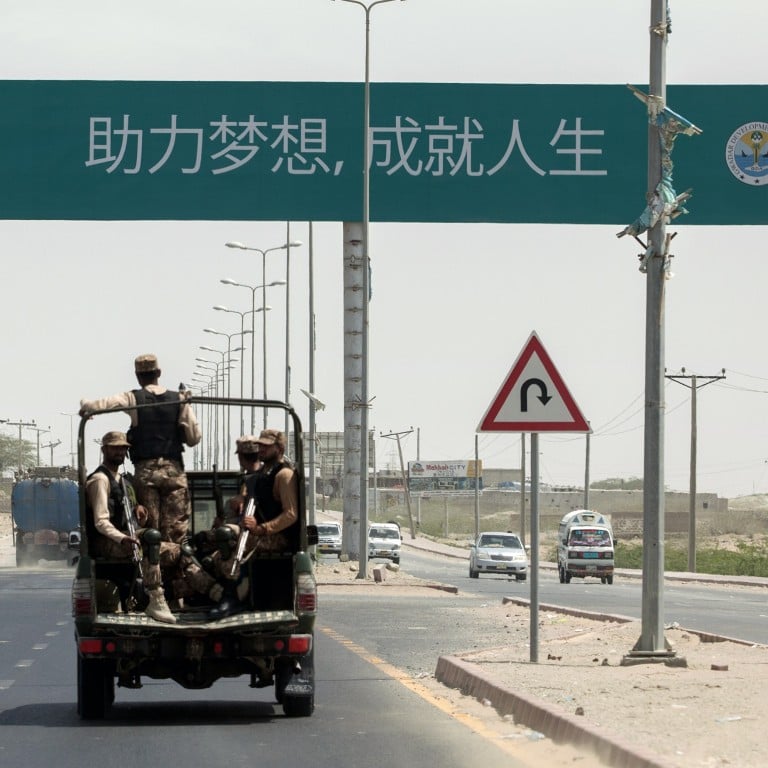 Baloch versus Beijing: how Chinese investment in Pakistan has energised a violent separatist movement

CPEC is part of China’s Belt and Road Initiative and would link the western province of Xinjiang with the Pakistani port of GwadarThe problem is that Balochistan, the province through which much of CPEC runs, is riven by Islamist, sectarian, and separatist insurgencies

A vast Chinese-funded infrastructure project in

has become a major trigger for separatist insurgents, galvanising their movement as they employ new tactics – including suicide attacks – in an escalation that could rattle Beijing, observers say.

by gunmen who stormed the luxury Pearl Continental hotel in Gwadar, a port on Pakistan’s southern coast, was the latest high-profile assault linked to the multibillion-dollar

– would link the western province Xinjiang with Gwadar, giving Beijing valuable access to the Arabian Sea and facilitating new roads, ports, and airports for Pakistan.

Pakistani authorities routinely tout Gwadar, a former fishing village, as “the next Dubai”.

The problem is that Balochistan, Pakistan’s largest and poorest province through which much of CPEC runs, is a Pandora’s Box of Islamist, sectarian, and separatist insurgencies.

Saturday’s attack was claimed by the separatist

. Chinese and Pakistani investors visiting the hotel, isolated high on a ridge overlooking the port, were the target, a spokesman for the BLA said. 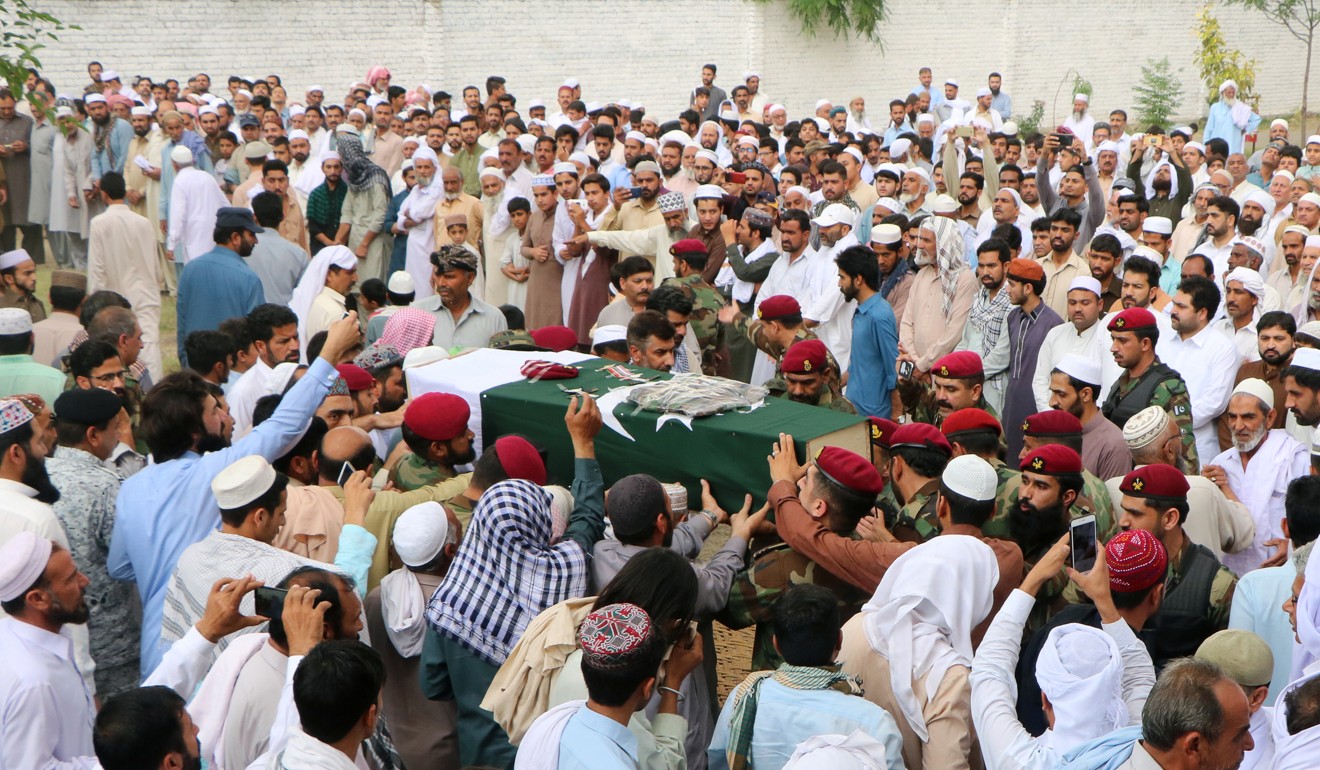 The funeral of naval soldier, Abbas Khan, who was killed after separatist insurgents attacked a luxury hotel in the port city of Gwadar. Photo: Reuters 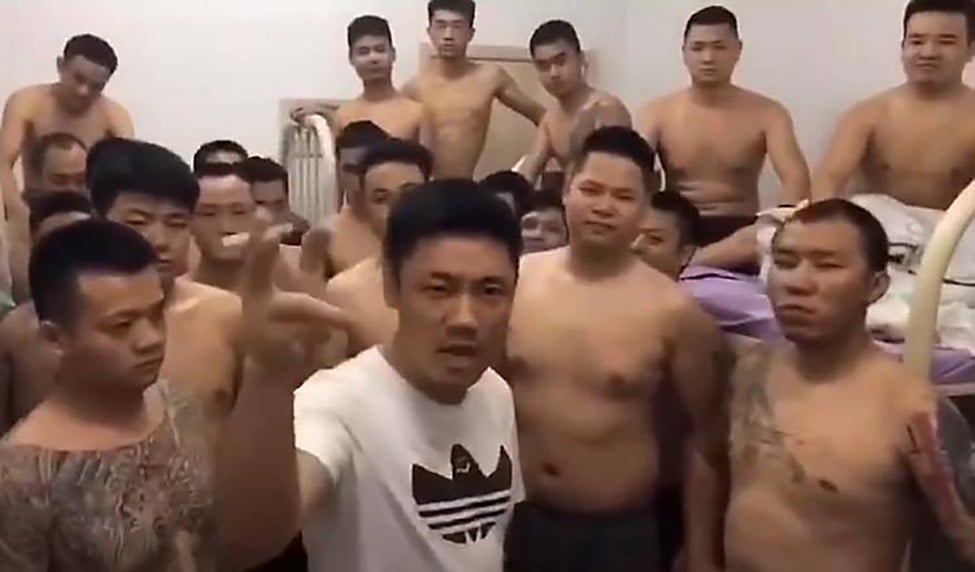 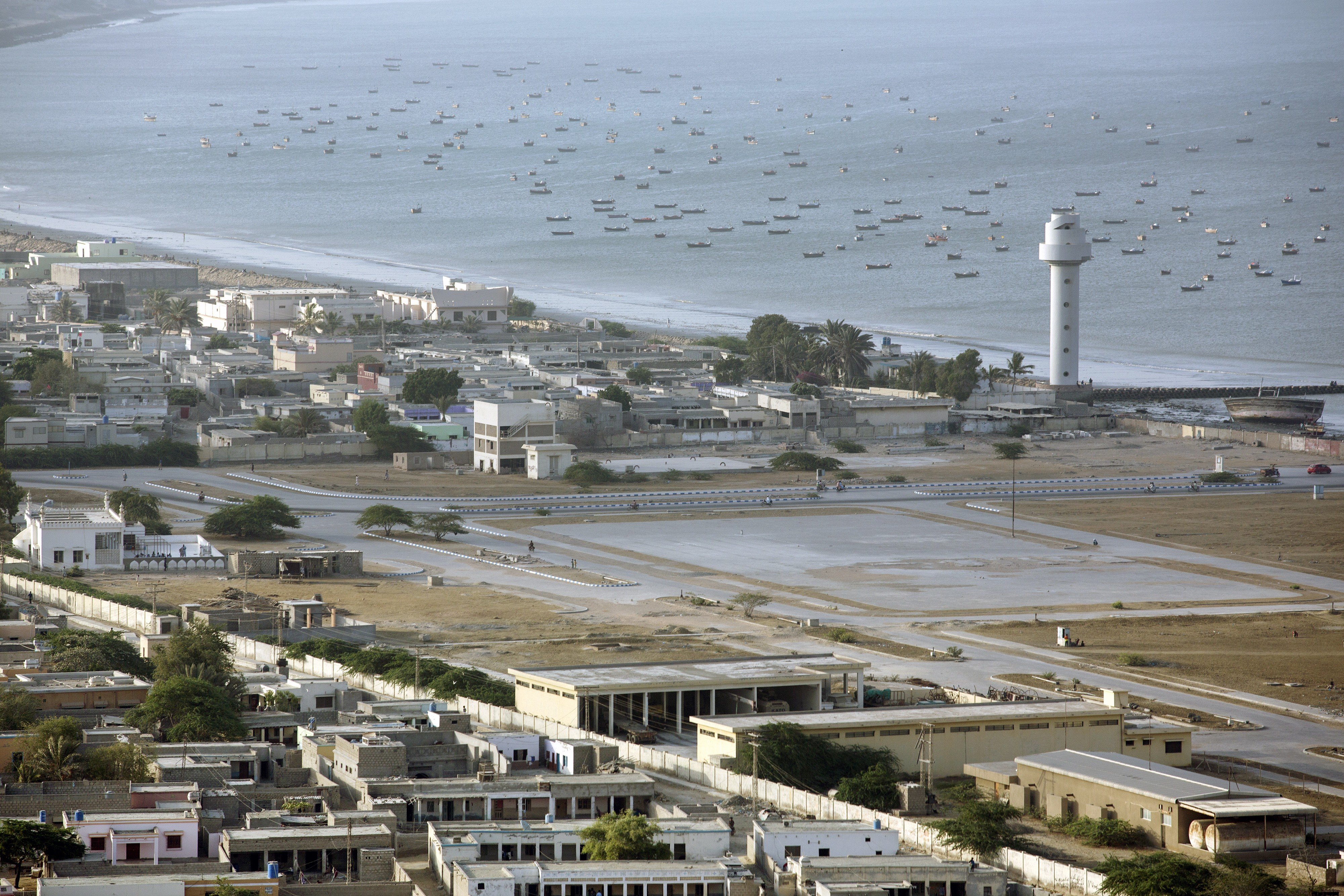 Where does Pakistan’s new government stand on Belt and Road?

“We warn China to stop her exploitative projects in Balochistan and do not support Pakistan in the genocide of Baloch people, otherwise, we would respond with more attacks,” the English-language message to media read.

The BLA has attacked the Chinese in Pakistan before, said analyst Michael Kugelman of the Washington-based Wilson Centre.

The desire and capacity to attack highly visible, well-secured Chinese targets is new, though, Kugelman said, citing another deadly attack claimed by the group on Beijing’s consulate in

“There’s good reason to believe that the Pearl Continental attack spooked [Beijing] in a big way, given that a major facility was struck in a city that houses one of the crown jewels of CPEC,” Kugelman said.

The project, he continued, “is a major trigger for Baloch insurgents”.

“CPEC represents everything the insurgents despise: a large infrastructure and development project undertaken by the Pakistani state and its Chinese ally,” he said.

Separatist groups in Balochistan have long demanded autonomy and a fairer share of resources. 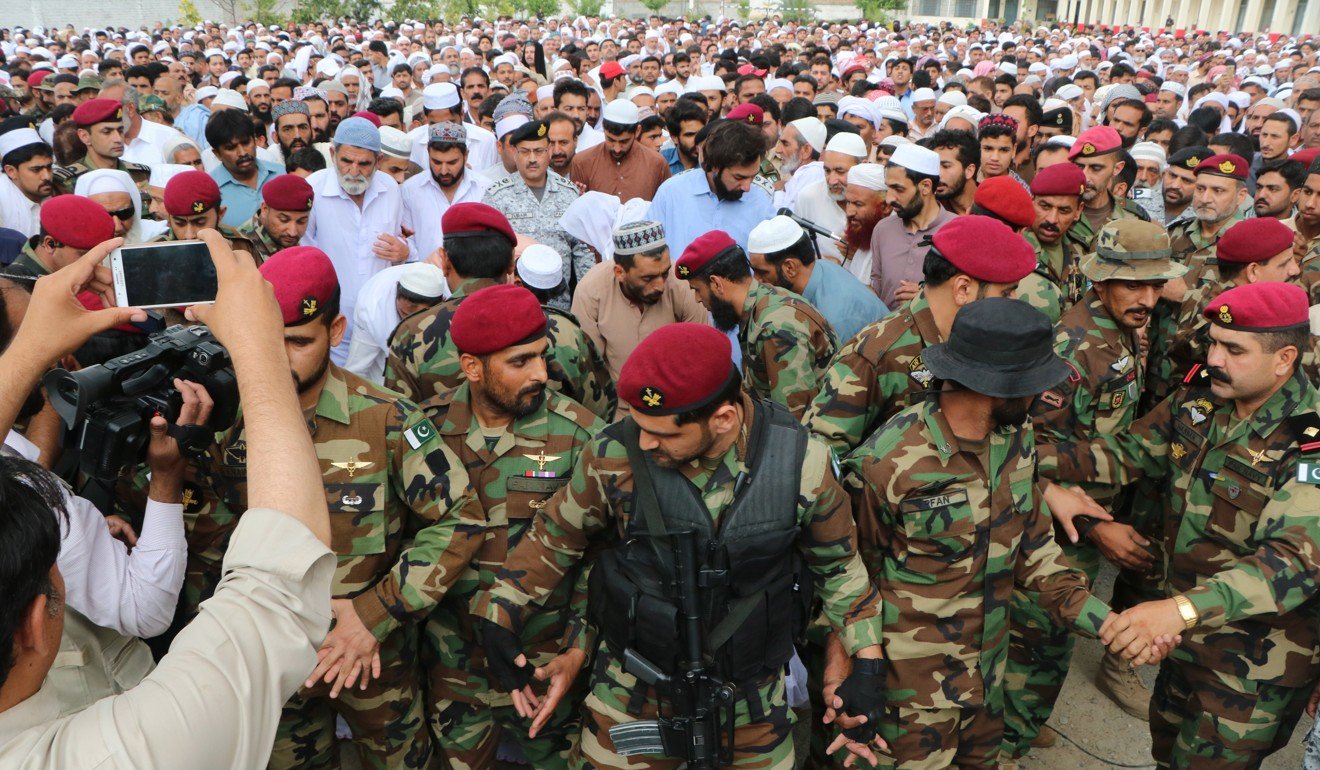 For years, the Pakistani military maintained a crushing grip on the insurgency, while brushing off accusations of serious rights abuses.

However, analysts suggest Chinese investment appears to have infused the nationalist movement with new energy, inflaming the long-running grievance over resources and giving sometimes disparate groups a common focus.

At the same time, Pakistan’s determination to protect Chinese investment prompted the military to further intensify its stance, deepening resentment among the Baloch people.

With positions hardening on both sides, one result is the relatively new phenomenon for Baloch separatists of suicide attacks, such as in the Karachi consulate attack.

Nationalist politician Jan Mohammed Buledi described the development as previously “unimaginable and unthinkable” for a movement driven more by socialist principles than jihad.

Where does Imran Khan’s government stand on China’s Belt and Road?

“When locals resist they are kidnapped, tortured and their mutilated dead bodies appear,” he explained, before claiming young Baloch have “no option but to blow themselves up”.

“And now with the influx of Chinese, the Baloch separatists are getting international attention, so it seems the only way out,” he said.

Anger against the Chinese, seen as usurpers, is real and powerful, said Buledi – but the true enemy for the separatists remains the Pakistani state, with analysts warning that unless genuine grievances are addressed, a low-level insurgency could continue indefinitely. 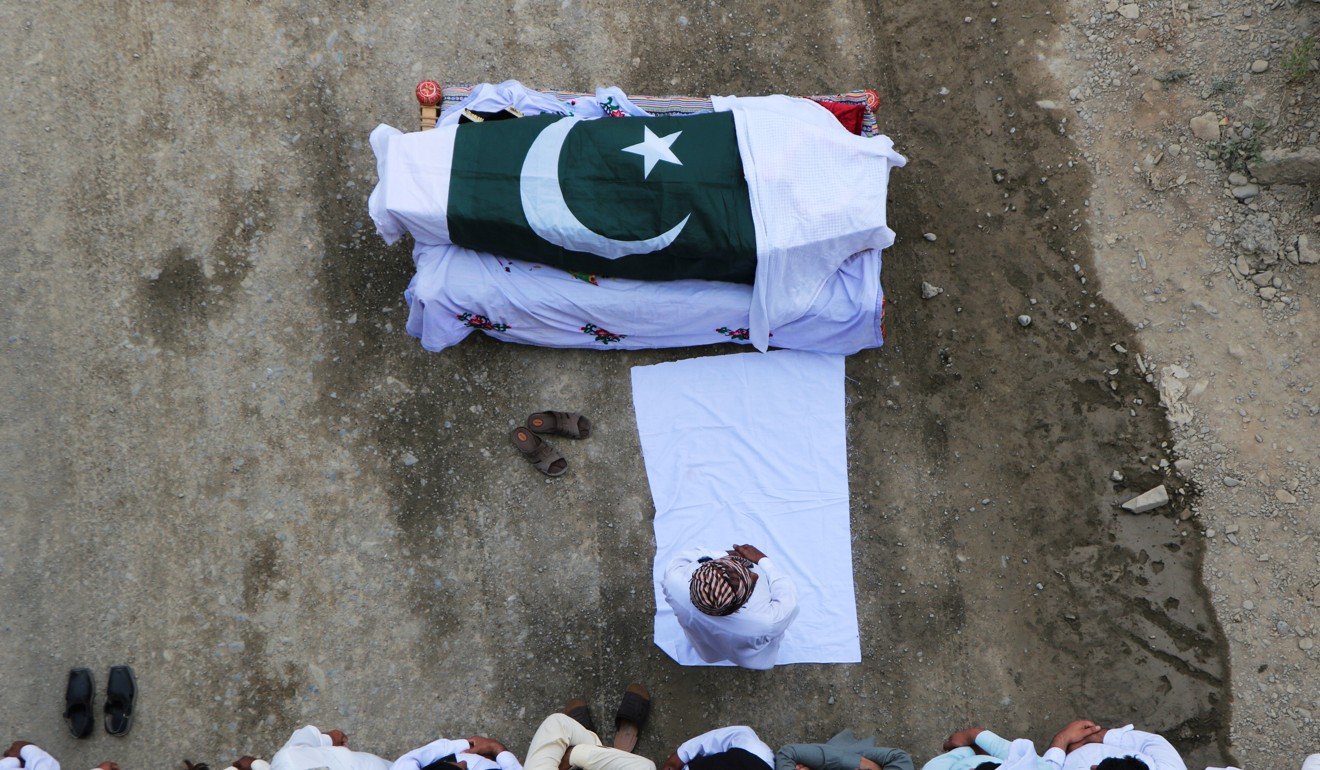 The funeral of Awais Ali Shah, a security supervisor killed after separatist insurgents attacked a luxury hotel in the port city of Gwadar. Photo: Reuters

“They blame the state for its long and relentless predatory behaviour in Balochistan, and for the scorched earth policies used by the military,” Kugelman agreed.

Publicly at least, Beijing backs Pakistan’s crackdown, and while the Pearl Continental attack was widely reported in Chinese media the claim that Chinese investors were the target was largely downplayed. Beijing’s response remains uncertain.

One tantalising suggestion came from a Baloch leader based in the US, who said some Chinese officials have sought help from exiled Baloch nationalists in exchange for bringing them home.

“To the best of my knowledge they are still in contact with more than half a dozen nationalist leaders in US, UK and other European countries,” he said.