Baloch group warns China against its presence in the region 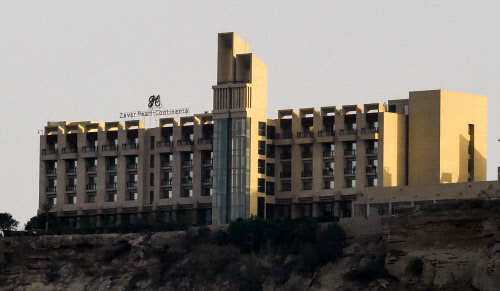 GWADAR, PAKISTAN: A day after claiming the responsibility for the attack on the iconic Pearl Continental Hotel here, the

In the four-minute long video, the BLA militants are heard warning China stop "aiding Pakistan to brutally suppress Baloch civilians." The video was posted at vimeo.com.

"Baloch youth has time and again warned China to immediately stop its exploitation of Baloch land. But China has failed to take notice of our genuine concerns. China is using Baloch land to further its evil designs and in doing so it is aiding Pakistan to brutally suppress Baloch civilians."

The BLA militants claimed that scores of families in Balochistan have "suffered at the hands of Pakistan military" due to China's ambitious infrastructure project- China-Pakistan Economic Corridor (CPEC).

"Because of the so-called CPEC, scores of Baloch families have suffered at the hands of the Pakistani military, which are financially aided and armed with Chinese support. The people of Gwadar do not have drinking water and their only source of income is being snatched because of the CPEC. But BLA will not let this continue to happen unnoticed."

Balochistan is embroiled in a separatist movement, which has now dragged China into the conflict because the province is a key pillar to the CPEC. The BLA, which opposes the CPEC, alleges that the project is aimed at exploiting the resources of the province.

On Saturday, three heavily-armed militants stormed Pearl Continent Hotel, leading to a fierce gun battle in which four persons, including the attackers, were killed. The hotel is frequented by Chinese businessmen.

In the last few years, the BLA has carried out several suicide attacks in Balochistan. The group was also behind the attack at the Chinese Consulate in Karachi last year.