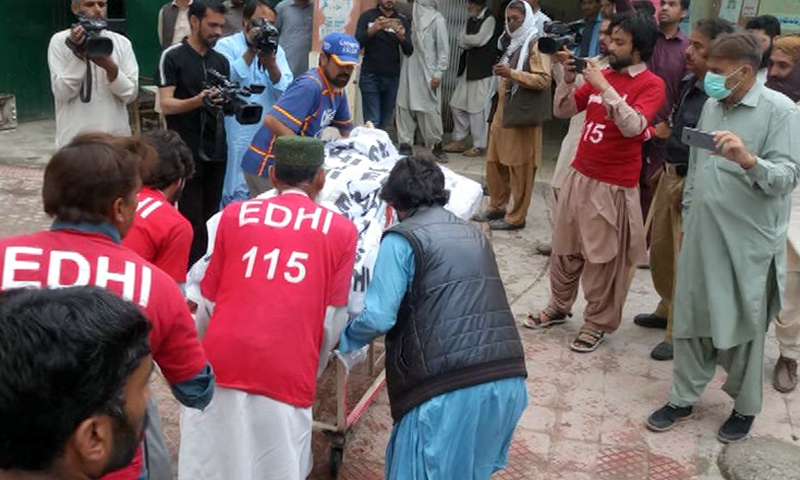 The body of a suspected militant is shifted following the joint operation. — DawnNewsTV

Security forces claimed to have killed nine suspected militants during a raid in Balochistan's Mastung district on Thursday.

Sources in the Counter-terrorism Department (CTD) said that personnel of CTD and other law enforcement agencies conducted a joint operation against suspected militants in Qabo Mehran area of Mastung.

During the ensuing exchange of fire with the militants, four security personnel also sustained injuries, the sources added. The injured security men were rushed to a hospital for treatment.

Security forces also recovered a huge quantity of arms and ammunition from the possession of the suspected militants.

A senior security officer who declined to be named told DawnNewsTV that the slain militants were affiliated with an outlawed organisation. Their bodies were transported to Quetta for postmortem examination.

Mastung is considered to be one of the sensitive areas of Balochistan. Security forces have conducted operations there against the militants in the past as well.

The operation comes just over two days after a police vehicle in Quetta was targetedthrough an improvised explosive device in the Satellite Town area. Four policemen were martyred in the attack — which was claimed by the banned Tehreek-i-Taliban Pakistan — and a fifth who was seriously injured succumbed to his injuries on Wednesday.

Security in the provincial capital and other parts of Balochistan was beefed up in the aftermath of a recent wave of terrorist incidents in the province.