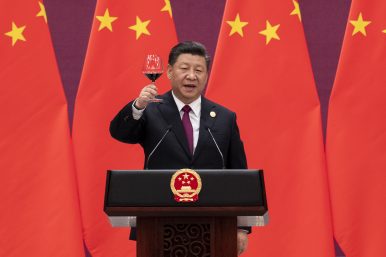 China’s BRI can be more successful if it prioritizes these three measures.

By Dingding Chen and Junyang Hu

As a midsize European country, Italy is keeping a subtle balance between the European Union and China since its signing of a memorandum of understanding on joining Beijing’s Belt and Road Initiative (BRI). Understandably, this member of the G-7 might bear a great amount of multidimensional pressure and skepticism from outside due to the divided interpretations of the BRI within Europe, as well as the fact that Italy’s participation could somehow dilute the U.S. influence in the region.

From an apolitical perspective, however, China has done a proper job of explaining what the initiative is and extended a sincere invitation to each country to join. According to the latest BRI report in 2019 released by the country, the Chinese government had signed 173 cooperation agreements with 125 countries and 29 international organizations by the end of March 2019. Specifically, the six major corridors for international economic cooperation – the New Eurasian Land Bridge, China-Mongolia-Russia, China-Central Asia-West Asia, China-Indochina Peninsula, China-Pakistan, and Bangladesh-China-India-Myanmar economic corridors – link the Asian and European economic circles together.

It is possible that, in the foreseeable future, the Pax Americana might be replaced. The BRI is carrying out a new sort of “collaborative globalization” beyond a U.S.-led one. As long as the BRI sticks to the three principles — mutual consultation, joint construction, and shared benefits — as proposed by Chinese President Xi Jinping initially, the BRI will end up obtaining sanguine views across the world. Italy’s involvement is a nice kick-off.

However, to further improve China’s BRI is first to understand that even as the initiative did get a win in Italy, so far, it has not done so permanently. Following the expanding coverage over 70 countries across Asia, Europe, Africa, and Latin America, concerns from outsiders have emerged, highly publicized and prevailing in the western bloc: What is the BRI all about? Is it a global strategy or just an inter-regional initiative? Will it just be a program that China could take advantage for itself? How could countries participate in its growth and development?

In order to be reassuring, one must clear the potential roadblocks, which mainly concern the following three issues: transparency, engagement, and connectivity among the public.

Among all the parts, transparency is at the top of the pyramid all the time to clear up skepticism viewing the initiative as “exclusively good.” Generally speaking, prioritizing the BRI requires Beijing to establish measurable benchmarks as well as critical project oversight mechanisms, including by opening access to the development contract process, if not commercially classified, under the supervision of multiple regulators.

“It will be hard for China to convince doubters on debts until it is open about the criteria it uses in deciding who to lend to and why,” commented James Crabtree in the Financial Times. This refers to a fair and regulated process for tenders across the spectrum. Here comes a concrete example of government budget transparency. By counting the scores of countries along the BRI as given by the International Budget Partnership, we could find out that most of these states score below 60 out of 100, leading to corruption, along with either overflow or deficiency of funding.

To improve transparency, each country is supposed to provide more comprehensive and detailed information on budget documents, such as the project basis, implementation proposal, fund allocation, and performance appraisal. The mechanism of an open legislative hearing could be established to allow the public to testify and get involved in the review. Plus, the whole process of publicly reporting the preliminary preparation, mid-term inspection, and evaluation of the government budget should become a regulatory norm. If this can be realized, all these aforementioned criticisms on transparency will wind up collapsing on themselves.

But this is not the end. Misperceptions on limited reciprocal market access to all participants always comes after the issue of transparency. But this false premiseshould also be clarified: the BRI would not only benefit countries directly on the geographical route of the BRI map. Instead, it is designed to support development along the Belt and Road route, which characteristically encompasses both land and maritime spaces, as China aims to get the whole globe on board.

Comparing the current number of both countries and other organizations involved, we could definitely do more. As a case in point, nongovernmental organizations (NGOs) play a crucial role that has not yet been entirely fulfilled. For some sensitive sectors concerning international relations and domestic politics, it might be imprudent if China as a country gets involved directly, which would be at odds with its nonintervention rule in foreign policy as well. Therefore, with wide engagement from NGOs and other institutions, we can gain a deeper understanding of the local culture and natural and societal conditions in BRI countries. It is also possible to find out the crux of local economic and social development and make corresponding modifications so as to better cater for the development of recipient countries.

Furthermore, connectivity among the public is another section that should be highlighted. According to  the Pew Research Center, views about China differ substantially across the nations surveyed: “a median of 45 percent have a favorable view of China while 43 percent hold an unfavorable view.” On the bright side, countries that formulate economic ties through the BRI with China are most likely to express sanguine and positive attitudes toward Beijing. And that could be a powerful defense against those who take sinister views of the BRI as “neocolonialism.” Yet China is still expected to work harder on showing the outsiders that within the BRI community, people-to-people ties are becoming closer and more intimate. As we once said on the Sino-African relationship, “China is also modifying its approaches to bridging the many cultural gaps that inhibit closer cooperation and understanding.”

Solutions to the above issues can be conducted in two ways. First, the international media should pay more attention to the vivid construction of the local people’s life, from the focal point of the political implications and project cooperation in the construction of the BRI as it used to be. Second, the initiative itself should guide economic cooperation at the macro level toward more people at the bottom of society, and gradually address poverty alleviation, environmental protection, medical care, and disaster relief, and promote the better implementation of human development, so that local people can feel a sense of belonging.

Criticism of the BRI will never end, but it behooves us to better understand what our partners think, and thereby fix the corresponding issues. It is a fact that China’s BRI always survives in the cracks. As far as success is concerned, we are not there just yet.