Symptom of a canker

While the Prime Minister has ordered an enquiry, it devolves on the Balochistan government and the federal administration to contain the periodic violence in Quetta and the rest of Balochistan, where the chronic tension and disaffection have scarcely been addressed since 1947. 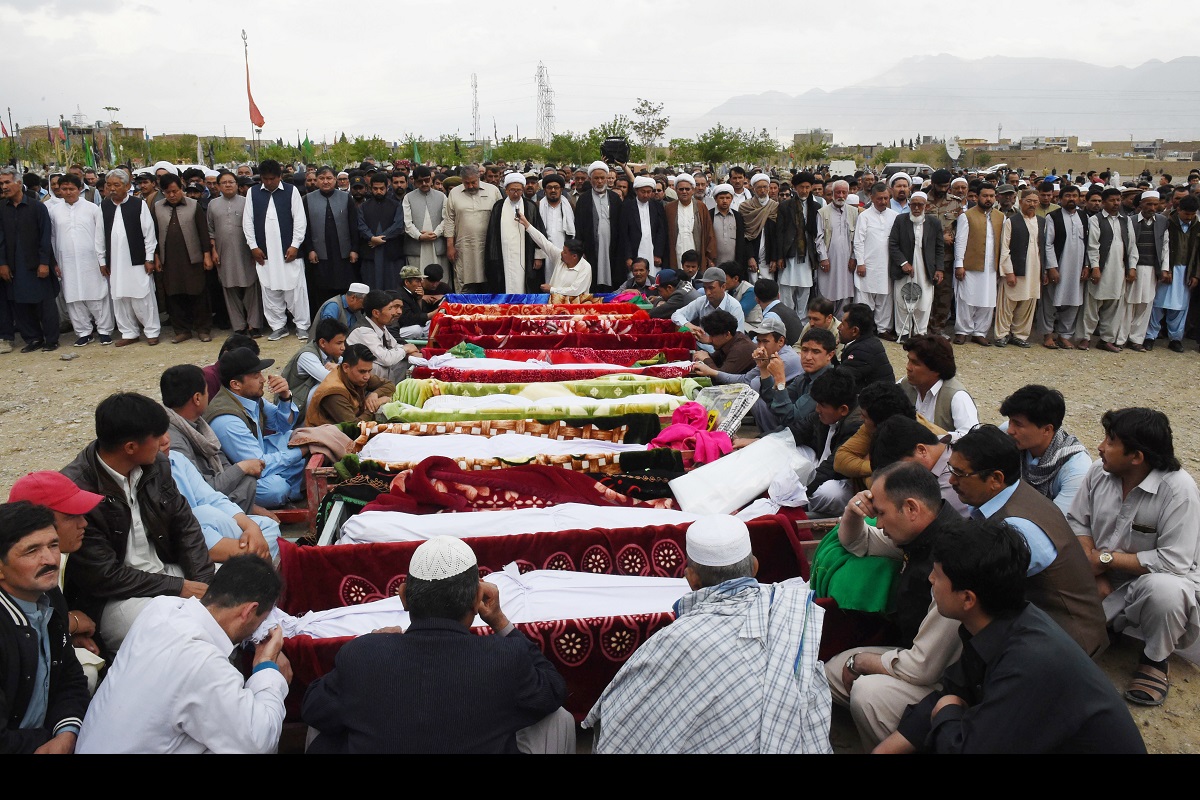 Restive Balochistan has been convulsed yet again with Friday’s outrage perpetrated by a suicide bomber that has killed no fewer than 20 people in Quetta’s wholesale vegetable market.

More accurately, it was a brutal offensive against the minority Hazara community ~ a segment of the Shias. This is the first major incident of intra-faith strife in the nine months since Imran Khan has been at the helm. It reinforces the dominant impression in the subcontinent that successive dispensations in Pakistan have consistently failed to protect the minorities.

This is the cardinal issue in the wider canvas, aside from the economic implications of the barbarity that has targeted a vibrant centre of wholesale trade. Fears that the bloodletting against the minorities might recur in the province, bordering Afghanistan, are dangerously real. All too frequently have Hazaras been the victims of sectarian violence, even targeted killings or surgical strikes, if you will.

It bears recall that in January and February 2013, more than 200 members of the community were massacred in two massive blasts in Quetta. Though the frequency of such attacks has declined over the past few months, especially since the change of guard last July, Friday’s offensive reaffirms that the Shias are ever so vulnerable in volatile Quetta, where tension rages below the tenor of normal life and mayhem a further inch beneath tension.

And it is a measure of the volatility that Hazara traders have to be accompanied to the wholesale market by the Frontier Corps to guard aganst possible attacks. Indeed, a Frontier Force trooper was killed in the latest outrage. The bedlam and butchery on Friday ~ the holy day of the week ~ underlines the overwhelming anxiety and tension.

It would be no exaggeration to suggest that the Hazaras constitute an endangered community in today’s Pakistan. No group, Sunni or militant, has as yet claimed responsibility. Though the previous attacks had been attributed to the Lashkar-i-Jhangvi, there have of late been indicators that other militia groups, with equally sinister intent, are active in the region.

While the Prime Minister has ordered an enquiry, it devolves on the Balochistan government and the federal administration to contain the periodic violence in Quetta and the rest of Balochistan, where the chronic tension and disaffection have scarcely been addressed since 1947. Most particularly, it is the militant and sectarian segments that have posed a forbidding challenge to whichever party has been in power in Islamabad, not to forget the GHQ in Rawalpindi.

The tragedy at Hazarganj market is emblematic of a deep-seated malaise. Sectarian violence is a fundamental feature and the canker must of necessity be addressed if Imran’s pledge to put in place what he calls “Naya Pakistan” is to attain fruition. Otherwise, the saccharine assurance could be as shambolic as Acchhe Din to the east of the Radcliffe Line.