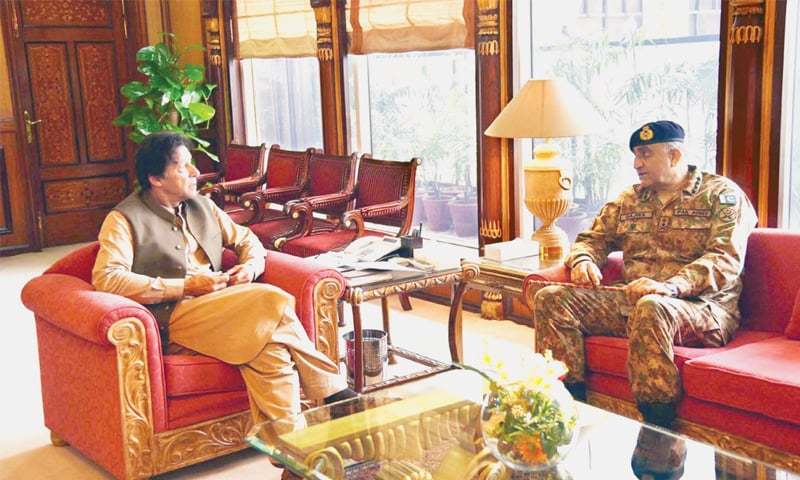 In a brief statement issued after the meeting, the PM Office said that the army chief had called on Prime Minister Khan at PM Office where they discussed various important security-related matters.

Gen Bajwa had on that occasion told his commanders that the country was on the path to becoming “a state where prerogative of use of weapons rests with the state alone”.

The government and other law enforcement agencies have lately stepped up their counterterrorism actions to meet the requirements of the Financial Action Task Force (FATF) in view of the looming May deadline for a review ahead of the June plenary of the global illicit financing watchdog.

The Asia-Pacific Group, a regional affiliate, had in its recent evaluation expressed dissatisfaction on the progress Pakistan had made towards fulfilment of the commitments it had made last year for removing the weaknesses in its anti-money laundering and counter-terror financing regimes.

The National Assembly is reconvening next week (April 12), but as of now the government does not appear to be in a position to table the bill for granting a second extension to the courts.

The PML-N, the main opposition party, is disposed in favour of the military courts, but is reluctant to extend its support because of the PTI government’s attitude. The other major opposition party PPP has, however, taken a position that it would not support such a bill.

Information Minister Fawad Chaudhry said that the National Action Plan had been adopted as a strategy for fighting extremism through consensus among the political parties, and that the government wanted future decisions related to the NAP to continue to be taken through the unanimity of all parties.