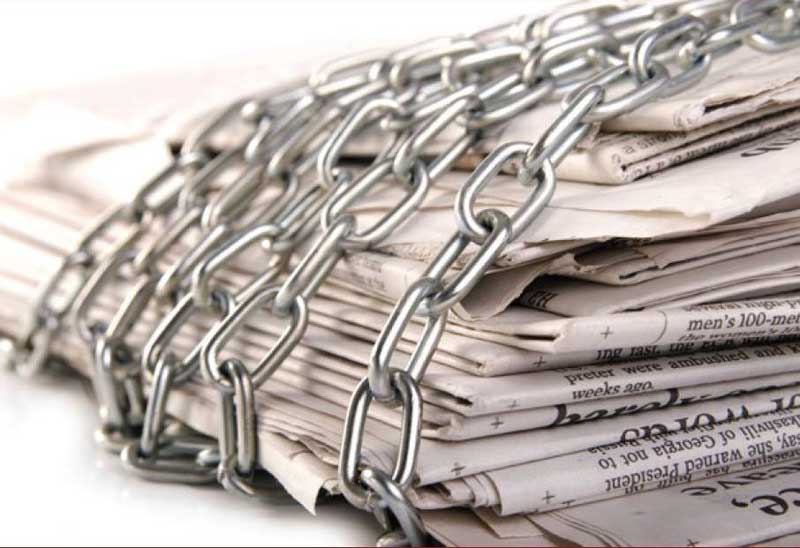 Newly appointed Special Assistant to Prime Minister on Information and Broadcasting, Dr Firdous Ashiq Awan and the information ministry are choosing to stay silent on the news that Pakistan has fallen three places on the World Press Freedom Index due to increased establishment pressure on media houses in the country. Despite several attempts by Daily Times to get the government’s take on the worsening state of media freedom, only unfulfilled promises to “get back” were received.

The annual report from Reporters Without Borders, published right after the removal of Information Minister Fawad Chaudhry, paints a bleak picture of the state of press freedom in Pakistan.

The report cites “numerous cases of brazen censorship in which the military exercised pressure on the media,” using examples such as the interference with a private TV channel’s broadcasting signals and disruption to the distribution of a national daily in the lead up to the 2018 general elections.

The report highlights some of the difficulties faced by individual journalists: “Even cruder methods were deployed as the election drew closer. Intimidation, physical violence and arrests were used against journalists who crossed the red line by trying to cover stories deemed off limits by the military.” The report also details the continuing deterioration of media freedom after the general elections, noting that “the establishment has set about purging the internet and social networks of content not to its liking.” Reporters Without Borders criticised the creation of Pakistan Media Regulatory Authority (PMRA) under Prime Minister Imran Khan, arguing that the organisation is for “censorship” and not “regulation”. Pakistan’s Press Freedom ranking is now 5 places worse than Palestine, 21 places worse than Afghanistan and 22 places worse than Nigeria.