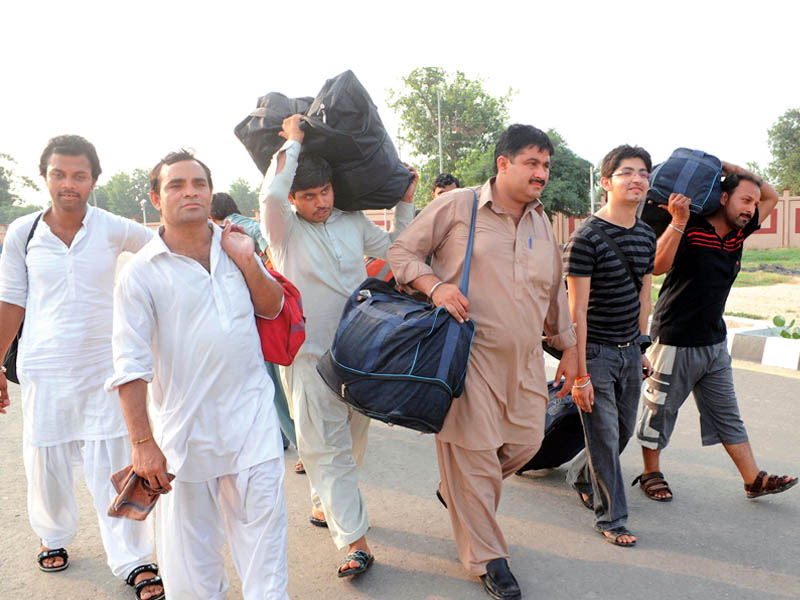 QUETTA  : Over 150 Hindu pilgrims stranded in flash floods in Kachhi district of Balochistan since Saturday morning have been rescued.

The Balochistan government, Pakistan Army and Frontier Corps jointly conducted the successful overnight rescue operation and escorted the pilgrims to Gandawa for the Annual Baisakhi Festival.

“The rescued pilgrims spent some time at their Gurdwara in Gandawa and were later transported to Shoran [an area of the Kachhi district] by passenger coaches.”

Bugti said three helicopters of the Pak Army participated in the rescue operation.

At least 150 pilgrims from Sindh and Balochistan provinces came to attend the Annual Baisakhi Festival, but got stranded in flash floods in Kachhi.

were stuck in the mountainous areas of Kachhi and could not reach out for help due to lack of mobile signals.

Sources said timely action by the government saved the lives of the Hindu pilgrims.

Army steps in to help flood affectees in Balochistan

Member of provincial assembly Dinesh Kumar said, “Fortunately, all Hindu pilgrims have been rescued safely and shifted to safe places. Condition of them all is stable. Most have reached home while some are on their way.”