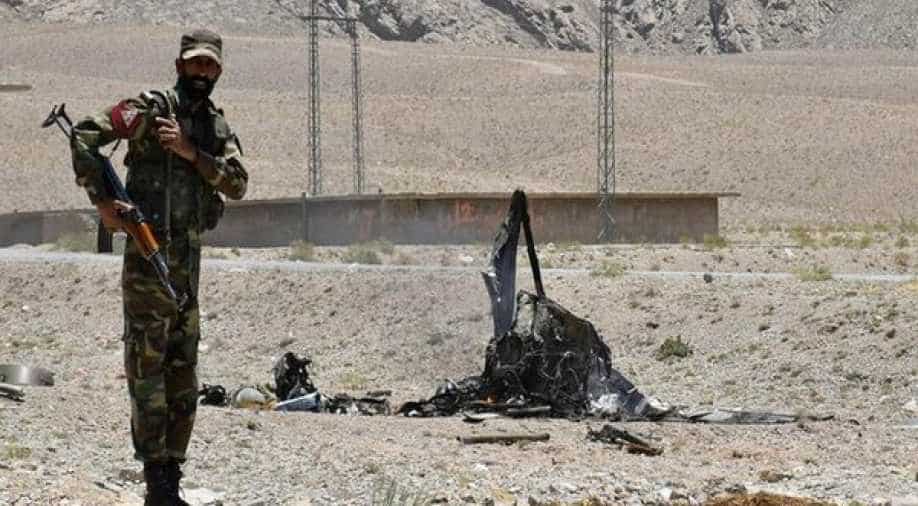 Quetta, a few days ago. In the Dasht Tera Mil area, volunteers of the Edhi Foundation buried twelve dead bodies without any identification. The bodies were decomposed beyond recognition and no DNA test had been done on them by the authorities.

According to the volunteers, it is not the first time that they are forced to bury unknown bodies recovered from the streets and the fields of Balochistan. Last time was in January when 10 unidentified bodies had been buried in the same area by the same volunteers.

It is not uncommon, unfortunately, to find mutilated dead bodies, in various stages of decomposition and beyond recognition, dotting the roads of Balochistan. It is part of the nefarious 'kill and dump' policy of Pakistani intelligence agencies, highlighted time and again by human rights organisations- both national and international.

Mass graves were found in Balochistan for the first time in 2014 in Turbat, and since then, every year the people of the region discovered similar graves in different areas- one of the latest was found in Dera Bugti. In each case the discovery follows the same pattern- the Army and intelligence agencies cordons-off the area, keeping people away. Nobody really knows how many bodies are buried there and who they were.

Independent investigations and even international humanitarian organisations' access to the areas in question are banned for 'security reasons'; in truth, this is more for the security of the state's institutions than that of its citizens. These citizens, with each passing day, find they not only lack basic rights but also their government, with overbearing arrogance, denies them information and freedom to dissent.

Whoever touches Balochistan, even with a pen, dies. Or disappears for good. Military operations are carried out on a daily basis in Balochistan. State institutions and administrations have failed to provide protection and justice to the people, due to which a sense of insecurity has developed among them.

Families of missing persons, after getting disappointed in the state's legal system, are now appealing to international institutions to interfere. Operations and incidents of torture are not limited to some specific areas but these operations have expanded all over Balochistan, especially the rural areas.

Due to the China Pakistan Economic Corridor (CPEC), the villages on its route were either forcefully emptied or, by everyday military operations, situations have been deliberately created so that people are compelled to leave their land and migrate. At this point, those who manage to leave are the lucky ones. The others just disappear, almost every day, and only 10 or 15 per cent of those cases are reported. Relatives are reluctant to speak up as they are threatened by the authorities; and if they talk they don't get to see their loved ones again.

The numbers, according to The Voice of Missing Baloch People (VMBP) and other human rights organisations, are staggering. Since 2017, around 18,000 people have disappeared from Balochistan; give or take a citizen or two. Thousands of completely illegal arrests have been carried out, without the families involved being informed of the charges, with no legal help guaranteed or anyone being told where the prisoners are held. Not one of them, up to now, has appeared before a court. The numbers have become so high that some of the state institutions are finding it hard to continue denying what is happening before everyone's eyes. Government sources claim that about a thousand persons have disappeared in the last six years.

According to the Federal Ministry of Human Rights, since 2011, nearly a thousand dead bodies have been found, mostly in the areas of Quetta, Khalat, Khuzdar, and Mekran. The VBMP maintains it can document at least 1200 cases where corpses have been found on the roadside and can be linked to persons abducted. Amnesty International recently asked Pakistan to "ensure that all measures are taken to immediately end the practice of enforced disappearance" but of course nobody is going to listen. Because the practice, so well experimented in Balochistan, has now become a standard way for the Pakistani government to deal with activists, journalists, free thinkers and any political opponent all over the country.

Defence of Human Rights, a non-governmental organization working for the recovery of disappeared people, laments that more than 5,000 cases of enforced disappearance have remained unresolved till date in Pakistan. Most of these cases have been reported from the Federally Administered Tribal Areas (FATA), the Provincially Administered Tribal Areas (PATA) and Khyber Pakhtunkhwa (KP), Balochistan and Sindh provinces. And according to the International Commission of Jurists (ICJ), the Commission of Inquiry on Enforced Disappearance established in 2011 under international pressure hasn't made any significant progress. The ICJ says the practice of enforced disappearances in Pakistan is no longer restricted to conflict zones alone and has become a "tactic for suppressing dissenting voices wherever they are present," adding that "the practice has now become a national phenomenon".

According to the Amnesty Report, "the groups and individuals targeted in enforced disappearances in Pakistan include people from Sindhi, Baloch, Pashtun ethnicities, the Shia community, political activists, human rights defenders, members and supporters of religious and nationalist groups, suspected members of armed groups, and proscribed religious and political organisations in Pakistan. In some cases, persons are openly taken into custody by the police or intelligence agencies, and families trying to find out where their loved ones are held, are denied information by the authorities. Some victims are eventually released or their whereabouts are disclosed to their families but they continue to be held in arbitrary detention including in internment camps. Those forcibly disappeared are also at risk of torture and death during captivity".

The few people released are warned not to speak to the media or other organisations. Whoever asks for justice is targeted again. Soon enough, if the numbers of missing or killed and dumped people continue to grow, a part of the population will be formed by ghosts- An Army of White Walkers, who will and should haunt everybody 's sleep.