Gas shortage to increase by 157pc next fiscal year 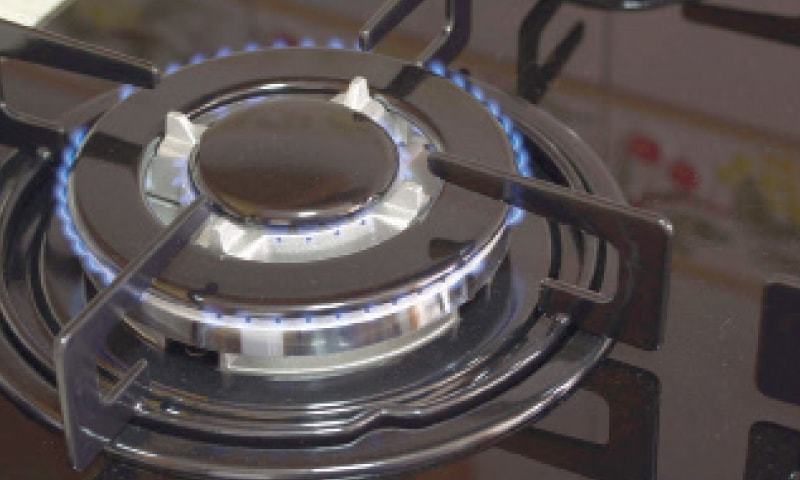 Ogra issues its State of the Industry Report for 2017-18.

ISLAMABAD: With an addition of 700,000 consumers last year, Pakistan’s gas shortfall is estimated to jump by 157 per cent to 3.7 billion cubic feet per day (bcfd) in fiscal year 2019-20 — almost equal to total gas supplies at present.

The estimates have been made by the Oil and Gas Regulatory Authority (Ogra) that put the gas shortfall increasing almost continuously every year to 6.6bcfd by FY2028.

It said the demand would increase to 7.7bcfd by 2024 but domestic supplies would fall substantially to 2.3bcfd, leaving a shortfall at 5.5bcfd. The shortfall would practically be about 3.6bcfd in FY2024 as the gap would be partially met by about 1.9bcfd of imported LNG.

Ogra issues its State of the Industry Report for 2017-18

The domestic gas production would continue to decline from about 3.3bcfd at present to less than1.6bcfd by 2028 while the gas dem­and would keep going up to reach 8.3bcfd by that year. Ogra estimated that despite the induction of all the import options, including LNG, Turkmen­istan-Afgha­n­is­tan-Pakistan-India (TAPI) and Iran-Pakistan (IP) pipelines, the total supplies would decline to 3.7bcfd by 2028, creating a net shortfall of about 4.6bcfd, more than total supplies at present.

The regulator said the gap was rising because of higher consumption in almost all the major sectors particularly power, domestic, fertiliser, captive power and industry as the supplies were not keeping pace with higher demand.

Both the gas utility companies added around 0.7 million domestic, commercial and industrial consumers, in their respective systems, during fiscal year 2017-18. Consumer addition is incre­asing the gap between dem­a­nd and supplies, day by day. Especially in winter, the gas demand further increased and as a result the government is being forced to curtail supplies to various sectors.

Despite this, the natural gas is a major contributing fuel in the country’s energy mix. Its share in the primary energy mix is around 48pc.

There is a significant rise in demand and consumption of gas by residential and domestic consumers owing to price differential vis-a-vis other competing fuels, i.e. liquefied petroleum gas (LPG), fire wood and coal. The LPG presently accounts for about 1.3pc of the total primary energy supply in the country.

The current size of LPG market is around 1.3 million tonnes per year. The LPG consumption has increased by 5.88pc in 2017-18 compared to the previous year.

LPG consumption during FY2017-18, stood at around 3,508 tons per day. Local production catered for around 58pc, the rest was imported.

Punjab had the highest 50pc consumption, followed by Sindh 39pc, Khyber Pakhtunkhwa 9pc and Balochistan 2pc. Natural gas supplies during the year stood at 4.357bcfd, of which Sindh supplied 50pc, whereas Khyber Pakhtun­khwa, Balochistan and Punjab supplied 12, 11 and 4pc respectively. The remaining 23pc of gas was imported in the form LNG.

The report said the consumption of petroleum products during FY 2017-18 decreased to 24.6 million tonnes (including energy and non-energy) as compared to 26m tonnes of the previous year showing a decline of 5.3pc.

During FY2017-18, the consumption of high speed diesel remained steady with negligible growth of 0.4pc.

The market share of oil marketing companies witnessed a shift in the ranking of main players as compared to previous year. The PSO was the leading player with the share of around 50pc, loosing almost 5pc of its market share to other competitors. Shell also shed its market share by 2pc from 9 to 7pc. The main beneficiary was Hascol, increasing its market share from 8pc to 12pc and Attock Petroleum slightly improved its share from 8 to 9pc.