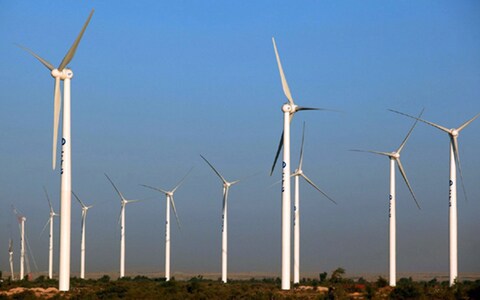 Detractors have labelled it a ‘debt trap’ but in reality a $5.9bn loan payable over a long period of time is of little consequence to the Pakistani economy

The China-Pakistan Economic Corridor (CPEC), as part of the Belt and Road Initiative, has been making remarkable progress, yet some countries and observers are trying to belittle its enormous potential benefits by labelling it a “debt trap”.

Since the CPEC is entering its next phase of development, those opposed to it are trying to impede its progress using a two-pronged strategy: deceiving the public by misquoting the CPEC’s financial figures and achievements in the media; and raising the spectre of past militancy in Pakistan to mislead investors into believing the country is still a volatile investment destination.

Despite Pakistani government departments issuing innumerable clarifications, along with the real facts and figures about the CPEC, the international CPEC cynics are bent on calling it a “debt trap”. Let us solve this puzzle by analysing the CPEC’s financial figures shared by the Chinese embassy in Islamabad. For instance, only $5.9bn of the $18.9bn funding provided by the Chinese companies so far for infrastructure projects constitute loans with 2 per cent interest payable from 2021. The rest of the sum is meant for energy projects funded by Chinese companies and other partners.

Since the CPEC loan of $5.9bn is hardly 6 per cent of Pakistan’s total external debt and liabilities of $99.1bn, how can it be called a “debt trap”?

Also, $143m has been provided as an interest-free loan for the construction of the Gwadar East Bay Expressway in the Pakistani province of Balochistan and $29m as a grant to fund welfare projects. This means loans are being used to fund less than 20 per cent of all CPEC projects, and more than 80 per cent of the projects are funded via different financial modalities according to international rules.

Since the CPEC loan of $5.9bn is hardly 6 per cent of Pakistan’s total external debt and liabilities of $99.1bn, how can it be called a “debt trap”? As part of a “hybrid war”, it is obvious that some global observers along with a few Pakistanis are calling the CPEC a “debt trap” to fulfil their ulterior motives. The loans from the International Monetary Fund, World Bank, Asian Development Bank and other international lending institutions form a major part of Pakistan’s total external debt and liabilities. Yet no one calls them a “debt trap”?

Thanks to the CPEC, China has been the largest investor in Pakistan for the past five years. The CPEC has not only attracted more Chinese investment in Pakistan but also transformed the country from an investment-dry to an investment-friendly destination. For instance, in February, Saudi Arabia signed memorandums of understanding worth $10bn to invest in the Gwadar oil refinery apart from an additional $10bn of other deals. Other countries, too, are looking forward to investing in Pakistan, especially in CPEC projects, to reap rich benefits.

CPEC energy projects have already helped Pakistan overcome its energy shortfall, and by 2021 Pakistan will no longer be an energy-deficient country – which will allow Pakistani entrepreneurs to produce more exportable goods and increase their export earnings.

The other major benefit of the CPEC, especially apparent in the Gwadar port, is likely to be a huge influx of foreign investments.

Pakistan’s transport network is in bad shape, causing an annual loss of about 3.5 per cent of GDP – due mainly to excessive consumption of gas and lubricants, and frequent changes of spare parts and breakdown of vehicles. According to the IMF, Pakistan’s GDP was about $304.95bn in 2017, which means it loses about $10.67bn because of its poor transport network.

The CPEC will help reduce this loss because it is expected to help improve Pakistan’s transport network. And by building the Gwadar port and road network, the CPEC will help Pakistan earn $6bn to $8bn a year from road and bridge tolls.

Pakistan is on the way to establishing three special economic zones (SEZs) by the end of June. Also, it has plans to establish an information technology SEZ in Islamabad. Such projects will promote upstream and downstream industries, as well as create more employment opportunities for the local people.

Along with the CPEC, Pakistan’s tourism industry, too, is developing at a rapid pace with the country attracting a record number of tourists. Agriculture is another sector that Chinese investors have targeted, and the innovative and modern technology they will introduce to farming will greatly benefit Pakistani farmers by increasing their yields manyfold.

Compared with the increased earnings and benefits of Pakistanis, a $5.9bn debt payable over a long period of time is of little consequence to Pakistan’s economy.

The author is working as a deputy director of media and publications at the CPEC Centre of Excellence, Islamabad.

This article was originally produced and published by China Daily. View the original article at chinadaily.com.cn