Payra shipping port is a crucial strategic port for Bangladesh situated in Patuakhali on the banks of the Bay of Bengal. 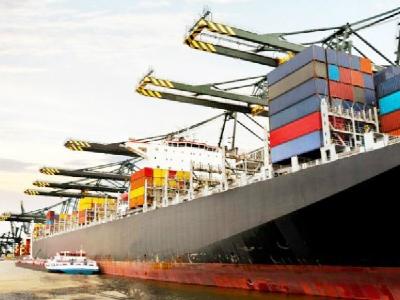 Dhaka: In December 2016, China and Bangladesh entered into agreements to expand their relationship under the grandiose Chinese geopolitical economic corridor the OBOR (One Belt One Road) program also called the BRI (Belt and Road Initiative) which aims to connect Asian nations through Chinese sponsored infrastructure projects, billed by China watchers as a 21st century 'Silk Road'.

One of the projects that China took particular interest in Bangladesh was the expansion and development of the Payra deep-sea port in Bangladesh. Two Chinese firms China Harbour Engineering Company (CHEC) and China State Construction Engineering (CSCEC) inked deals worth USD 600 million for developing the port's main infrastructure and riparian aspects of the port which includes services for housing, healthcare education etc.

Officials in Dhaka that spoke to ANI revealed that this ramped up investment strategy by China was a smokescreen to obfuscate their real intentions, which was to establish sovereign control over a crucial Bangladeshi port. A similar strategy was employed by China in Sri Lanka during the development of the Hambantota port.

Under the aegis of the 'OBOR' program, China extended billions of dollars of credit to former Sri Lankan president Mahinda Rajapaksa's government to undertake infrastructure development projects, among which the development of the strategic Hambantota port received top priority. However, the debt burden on Sri Lanka continued to balloon and since these so called 'soft loans' had to be repaid, Sri Lanka ceased sovereign control of the port to China in December 2017 under a 99-year lease.

In Dhaka, this modus operandi of China has not been forgotten and officials are wary that with the two Chinese state sponsored companies, CHEC and CSCEC, getting a foot in the door it will not be a long time before China starts asserting more control over the Payra port. China's control of Hambantota port was preceded by its defacto control of the port of Gwadar in Pakistan.

Billed as a "Port-Park-City", Gwadar port has been heralded as one of the successes of the CPEC (China Pakistan Economic Corridor) project which comes under China's BRI geopolitical project. Similar operating procedures of "debt trap diplomacy" by extending billions of Dollars in soft loans, setting up Chinese enclaves in a Pakistani city and Chinese private security firms operating in a grey legal area have ensured that Gwadar's real masters sit in Beijing not Islamabad.

Payra shipping port is a crucial strategic port for Bangladesh situated in Patuakhali on the banks of the Bay of Bengal. Chinese interests in this port represent a natural geopolitical progression to complete a 'necklace' of Chinese maritime influence which extends to Gwadar port in Pakistan, giving access to the Arabian Sea, Hambantota in Sri Lanka opening up the Indian Ocean for Chinese access and possibly a Bay of Bengal deep sea port in Payra.

On April 27th, member countries of the Belt and Road forum will meet in Beijing to take stock of the projects undertaken under this program. ANI saw the note that the member countries have received prior to this multilateral meet. One point reads, "We strive to contribute to the industrialisation of developing countries, improvement of people's lives and their integration into the global value chain."

In reality, those nations that have been at the receiving end of China's conditional largesse attest to interference in the social fabric of their population. It has widely been reported that China has indirectly interfered in election campaigns of Maldives, Sri Lanka, Malaysia, Pakistan among other nations where BRI projects are ongoing. Large scale deployment of Chinese workers in Myanmar's Letpadaung Copper mine have resulted in violent clashes and political instability in the region.

Officials in Dhaka warn that there are well documented precedents wherein Chinese investments come with veiled riders, which are activated once the recipient state falters on its financial liabilities. The Payra port could be heading in that fatal direction.