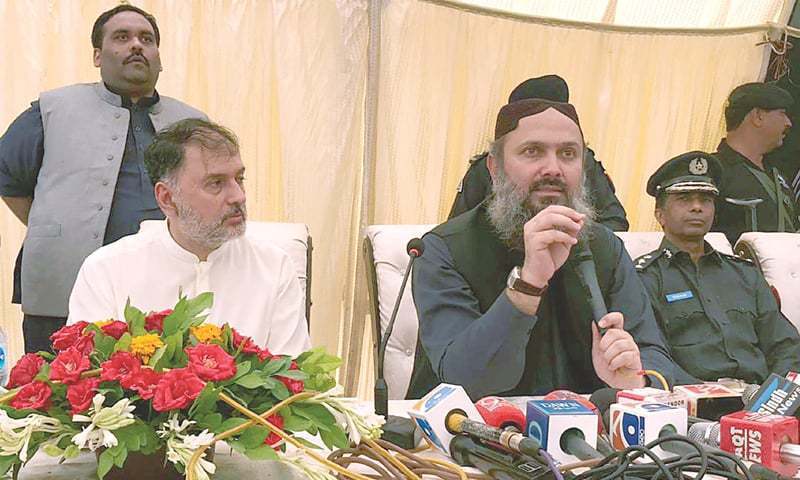 QUETTA: Balochistan Chief Minister Jam Kamal Khan Alyani has said that wrong polices of the previous governments had forced the disgruntled people to pick up arms against the state.

He was speaking at the concluding ceremony of the ‘Ujaala Programme’ started by Pakistan Army to provide skill training to the youths who have laid down their arms.

The chief minister said the current government’s positive policies had convinced the disgruntled youths to surrender arms and join mainstream to play their role in the development of Balochistan and the country.

He said the sense of deprivation among the local people had paved the way for an armed struggle against the state and encouraged the enemies to interfere in Balochistan.

Jam Kamal expressed the hope that after completing the skill training in different sectors the people would play their role in the development of Pakistan. After completion of these courses the future of Balochistan would be very bright, he hoped.

The chief minister lauded the skill development course and said that the provincial government would continue to support Pakistan Army in conducting such courses in future also. He distributed certificates among the people who have completed various courses.

The participants of ‘Ujaala Programme’ took oath to utilise their skills for the development of Pakistan.