The Reko Diq mine has become a test case for Prime Minister Imran Khan’s ability to attract serious foreign investment to Pakistan. 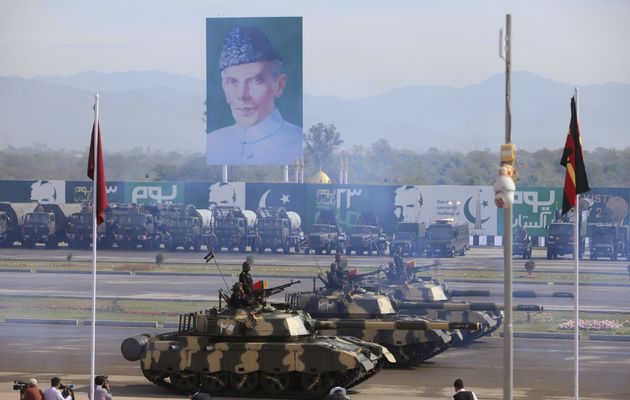 ISLAMABAD — Pakistan’s military is taking a key role in the development of one of the world’s biggest untapped copper and gold deposits, which is currently stalled by a multi-billion dollar legal wrangle with foreign mining firms, multiple sources familiar with the situation said.

The Reko Diq mine has become a test case for Prime Minister Imran Khan’s ability to attract serious foreign investment to Pakistan as it struggles to stave off an economic crisis that has forced it to seek an International Monetary Fund bailout.

Ten current and former provincial and federal government officials and mining sources familiar with the project in the Balochistan region say the military has become the most important voice on the future of Reko Diq, which it sees as a strategic national asset.

The military will not only be in a position to decide which investors develop the deposit, but an army-controlled engineering firm, Frontier Works Organization (FWO), is positioning itself to be a member of any consortium involved, these people said.

“This has been taken over by GHQ,” said a senior Balochistan government official, referring to the Pakistan army’s General Headquarters in the garrison city of Rawalpindi.

In a statement in response to Reuters’ questions about its role in Reko Diq, the military spokesman’s office said: “(The military) may only participate in government’s plan of development of Reko Diq, as per national requirements.”

But it acknowledged that FWO, best known for building roads through Pakistan’s rugged and lawless border regions, has developed “substantial” mining capability in recent years and would be interested in taking a role in the project.

“If an opportunity arises of participating in developing Reko Diq, FWO may work at par with other competitors (or) companies provided the project is financially viable (or) suitable,” the statement said. When asked, a spokesman declined to elaborate on the statement.

Pakistan’s Information Minister Fawad Chaudhry said civilian authorities in the insurgency-hit southwestern province of Balochistan were in charge of Reko Diq and, along with Khan, would take a decision, but added that the military “and all other stakeholders are obviously important players”.

The manoeuvring behind the project shows how the military, which has historically dictated Pakistan’s security and foreign policy, is leveraging its sway over the civilian government at federal and provincial level to carve a growing role in the nation’s business affairs.

The army has ruled the nuclear-armed nation for nearly half its history and is considered to have a major influence over Khan’s recently elected government. A military spokesman declined to comment.

“The military has taken a front seat,” said Ayesha Siddiqa, author of the book Military Inc., which analyses the army’s business interests and influence in Pakistan.

“They’ve understood that the economy is important for having a strong military,” she said. “Control of the economy also gives the military a handle over expanding their business interests.”

Buried at the foot of an extinct volcano near the frontier with Iran and Afghanistan, the mine’s development has long been delayed by a dispute with previous investors in the project, Canada’s Barrick Gold and Chile’s Antofagasta.

The government is urgently trying to settle the dispute as a World Bank arbitration tribunal, which ruled against Pakistan in 2017, is in the next few months expected to announce how much in damages the country must pay to the foreign firms, who are claiming more than $11 billion.

The dispute relates to the withholding of a mining lease.

Islamabad is also trying to find new partners to invest in the project.

But any new investors will need the blessing of Pakistan’s military, according to government officials and mining sources.

Some Western diplomats say the Reko Diq dispute has been a significant foreign investment deterrent, with international businesses unnerved at how Pakistan dealt with the companies that had pledged to invest $3.3 billion to develop the country’s then-biggest mining project.

Barrick Gold and Antofagasta, whose joint venture Tethyan Copper Company (TCC) discovered vast mineral wealth in Reko Diq, say they had invested more than $220 million by the time the Balochistan government, in 2011, unexpectedly refused to grant them the critical mining lease needed to keep operating.

Pakistan argued its move was legitimate because TCC’s feasibility study was incomplete and the country’s Supreme Court voided the deal in 2013. But in 2017 the World Bank’s International Centre for Settlement of Investment Disputes (ICSID) ruled against Pakistan.

TCC did not respond to requests for comment and Antofagasta and Barrick Gold both declined to comment. Reuters could not determine whether either company would be willing to return to the project.

The last serious attempt at settling the Reko Diq case was scuppered in 2016 by the military, which vetoed paying hundreds of millions of dollars to TCC, according to a senior Balochistan official and two former senior officials in Islamabad.

But the military has since changed its stance and is more open to a settlement with TCC, according to a lawmaker close to the military and a source close to Prime Minister Khan. The military was also involved in appointing Pakistan’s current legal team.

In response to a Reuters question about blocking the previous settlement effort, the military said: “Let’s see how the case progresses.” It did not elaborate or comment on whether it was playing any role in the latest negotiations.

Some mining experts say a likely solution would be for a new investment consortium to pay the settlement fee on behalf of cash-strapped Pakistan in exchange for future royalty fees or mining rights.

Information Minister Chaudhry said Pakistan was engaged in negotiations with “both” the current investors about a settlement and also potential new investors, with interest coming from the Middle East and Europe. He declined to name the potential investors.

Pakistani Finance Minister Asad Umar said in October that Saudi Arabia has inquired about investing in Reko Diq and another government official confirmed talks were ongoing.

Saudi Arabia did not respond to a Reuters request for comment on Reko Diq. During Crown Prince bin Salman’s visit to Pakistan last month, the kingdom pledged to invest $2 billion in mineral development projects, though the provisional agreements were vague and did not mention any specific projects.

China’s state-owned miner China Metallurgical Group Corporation (MCC), which operates the Saindak copper and gold mine close to Reko Diq, has been eyeing the bigger deposit for more than a decade, according to mining and MCC officials.

A few years ago Chinese state giant Norinco also made an approach, according to two sources familiar with Norinco’s offer.

MCC and Norinco did not respond to requests for comment.

When a mining company approached former general Abdul Quadir Baloch about Reko Diq around 2016, when he was federal minister for the frontier regions, he took their proposal not only to then-premier Nawaz Sharif, but also to the army chief.

“The military has to give a (security) guarantee to any company coming in to explore or exploit this project, so they are a stakeholder,” said Baloch.

The military declined to comment on Baloch’s assertions. Sharif, who has since been jailed on corruption charges, could not be reached for comment.

The army-run FWO does not have the funds or the expertise to develop the Reko Diq project, which boasts 5.9 billion tons of ore. But it could be part of a consortium alongside global miners who have the know-how to mine such a gargantuan deposit.

Indigenous Baloch people view outsiders with suspicion, and their anger about Islamabad exploiting the province’s vast natural resources has been one of the key themes fuelling a separatist insurgency that began around 2004.