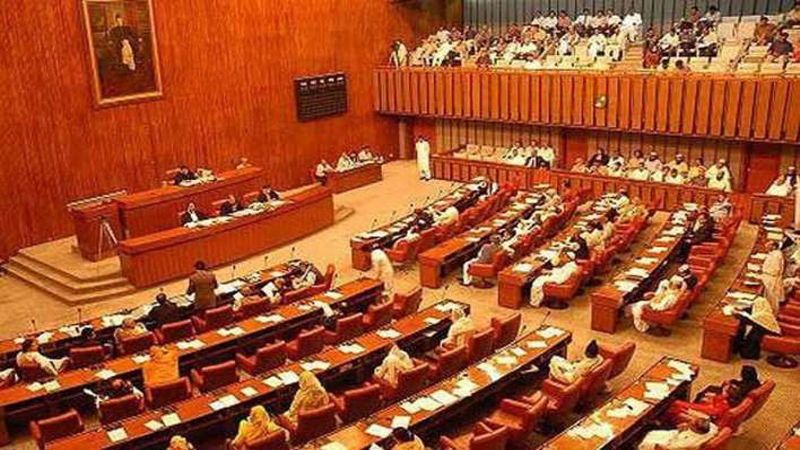 Keeping in view the miserable situation in sectors of health and education, Senators, on onday, demanded the government to release 50 per cent of the funds allocated for Public Sector Development Program (PSDP) 2018-19.

While presiding over  the Senate Standing Committee on Planning Development and Reform, Senator Usman Kakar, asserted that the social sector was in a miserable state across the country, particularly in Balochistan. He called on the government to increase its releases on a priority basis.

The education standard in Balochistan was said to be far below that of other parts of the country, due to which employment quota remained unfilled in the province.

He implored the federal government to increase its educational expenditure in Balochistan. Kakar also raised concerns regarding the non-availability of medicines in hospitals across Balochistan, due to which they were unable to provide even basic treatment to poor and needy patients. He advised the government to prioritise Balochistan and increase its releases under PSDP 2018-19.

Earlier, Senator Agha Shahzaib Durrani had also chaired the committee and discussed PSDP releases at the end of second quarter 2018-19.

The committee expressed dismay at nominal PSDP releases for social projects, including health and education. Senator Engr. Rukhsana Zuberi spoke against the allocation of Rs 27 billion for China–Pakistan Economic Corridor (CPEC) and said that it must be increased.

The agenda under consideration was status of Nai Gajn Dam as considered by Executive Committee of National Economic Council (ECNEC), K-IV Water Project.

The committee was informed that the Nai Gaj Dam project was discussed by the ECNEC during a meeting held on January 25. The project had been deferred for being a single province project. It was recommended that Sindh should bear the cost of the project over and above the first revision of 2012 from its own resources.

The government of Sindh committed that it would develop the command area of 28,800 acres land in synchronization with the main dam within two years. It was revealed that regarding the clause (iii) of the decision, the advice of the Law and Justice Division would be solicited accordingly.

Upon an inquiry into the delay by the committee chairman, it was said that the project had a setback largely because of a change in design due to a consultancy error. The committee stressed the need to thoroughly investigate the matter and determine the entity at fault along with their intentions. It also sought a report in this regard from the authorities.

The committee was further apprised that the K-IV Water Supply Scheme spread over 121 kilometres from Thatta to Karachi and would provide an alternate water supply scheme from Kenjhar Lake to Karachi. Even though the project was first conceived in 2007, it was still said to stand incomplete despite the passage of two years.

The committee raised questions on its feasibility and reduction in scope. It was informed that any exemptions that had been made were in accordance with the Sindh Public Procurement Rules (SPPRA).

Numerous revisions in design, bridge, fencing and ancillary work were also said to be made. The senators ordered an inquiry regarding the details of the revisions. Senator Zuberi was of the view that all details of the project must be sent to Pakistan Engineering Council for analysis as it was an autonomous body.