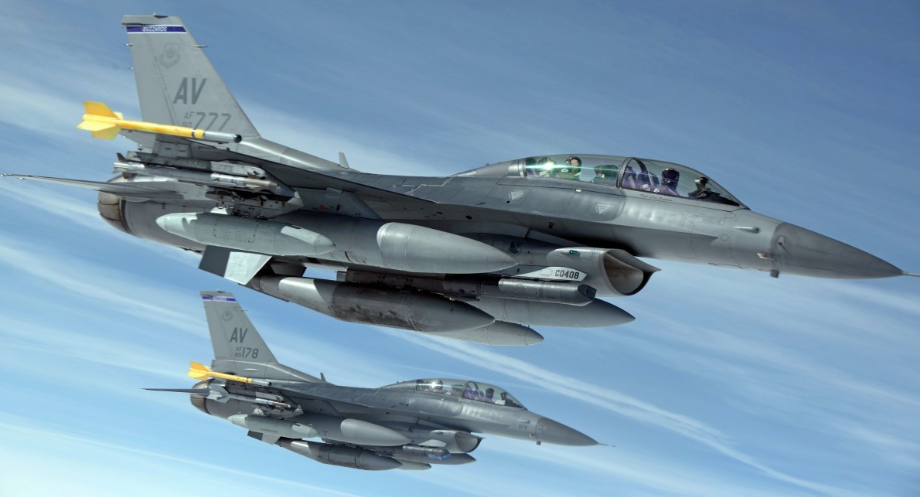 During an aerial skirmish on February 27, 2019, an Indian Air Force MiG-21 Bison was shot down by a radar-guided missile. The Pakistani Air Force (PAF) claims the kill was scored by a JF-17 Thunder, a domestically-built fighter built with Chinese assistance.

However, India subsequently revealed fragments of an AIM-120C-5 missile—a U.S.-built weapon only compatible with the American-built F-16s in PAF service. Pakistan has incentives to deny the use of F-16s, as secret end-user agreements may restrict the aircraft’s use against India—despite that being an obvious application of the venerable fourth-generation jet . India, meanwhile, claims the MiG-21’s pilot managed to shoot down an F-16.

Air Cover for the Mujahideen

Pakistan’s F-16s have been no stranger to controversy for nearly four decades.

In response to the Soviet invasion of Afghanistan in 1979, Islamabad and Washington collaborated to train, organize and arm mujahideen resistance fighters in Afghan refugee camps in Pakistan. In retaliation, Afghan and Soviet warplanes began bombing the camps—and the PAF’s Chinese-made J-6 jets proved too slow to catch them.

Thus in 1981, Pakistan convinced the United States to sell it F-16 Fighting Falcon single-engine multi-role fighters —a then cutting-edge yet inexpensive-to-operate design with fly-by-wire controls affording it extraordinary maneuverability. The agile Falcon could attain speeds as high as Mach 2 and lug heavy weapons loads, though it did have a limited combat radius (around 350 miles) and early production models lacked beyond-visual-range missiles.

Between October 1982 and 1986, a total of twenty-eight F-16As and twelve two-seat F-16Bs were delivered to Pakistan via Saudi Arabia in Operations Peace Gate I and II. These outfitted the PAF’s No. 9, 11 and 14 Squadrons which flew patrols along the Afghan border, typically carrying two advanced AIM-9L and two cheaper AIMP-9P-4 Sidewinder heat-seeking missiles.

Unlike earlier heat-seekers which could lock on to the hot tail-pipe at the rear of an aircraft, the AIM-9L “Lima” Sidewinders could engage from any angle. The AIM-9L’s ability to hit opponents in a head-on-pass would soon prove particularly effective.

The PAF lost a single F-16, apparently struck by a missile fired by its own wingman. The F-16 patrols reportedly deterred more extensive bombardment of refugee camps on Pakistani soil, and disrupted Soviet efforts to resupply isolated outposts.

By 1990 Pakistan had already placed Peace Gate III and IV orders for seventy-one improved F-16A/B Block 15s. But in October 1990, Pakistan’s nuclear research program led the United States to impose sanctions. Thus, twenty-eight newly-built F-16s for which Pakistan had already paid $23 million apiece were consigned to the desert Boneyard facility in Arizona, where they remained for over a decade.

In the late 1990s, the Clinton administration offered to deliver the jets in return for Pakistan refraining from nuclear tests—but such was not to be. On May 28, 1998 Pakistan detonated five underground nuclear devices in response to an Indian nuclear test. It became evident that the heavy-lifting F-16s would serve as one ofPakistan’s primary nuclear-weapon delivery systems , and intelligence reports indicated that No. 9 and No. 11 squadron F-16s were modified to deliver nuclear gravity bombs on their center pylons.

A year later the two nuclear powers engaged in a limited war when Pakistani commandos infiltrated the mountainous Kargil region of India. As Indian Mirage 2000spounded the infiltrators while escorted by MiG-29s , F-16s flew combat air patrols along the Pakistani side of the Line of Control reportedly painting the Indian jets with their targeting radars—and vice-versa—in an effort to intimidate.

However, neither air arm was authorized to engage the other, so no air battles occurred. Nonetheless, three years later a PAF F-16B shot down an Indian Searcher II drone that had penetrated deep into Pakistani airspace.

As the Taliban forces expanded across Pakistan’s Swat Valley and Waziristan province, the Pakistani military finally counterattacked in 2009. PAF F-16s flew hundreds of combat missions through 2011, first using DB-110 pods to identify camouflaged Taliban positions, then destroying them with laser-guided 500 and 2,000-pound bombs.

Islamabad’s thirst for the agile jets was not yet sated. In 2013, it purchased nine more F-16As and four F-16Bs directly from Jordan.

Besides the F-16A downed by friendly fire, Pakistan has lostsix F-16As and two F-16Bs in accidents. In addition to bird strikes, engine failures, and pilot disorientation, one F-16B was consumed by fire after a collision with a wild boarduring takeoff caused the nose gear to collapse!

India’s recovery of AIM-120C-5 missile fragments after the air battle on February 27 provides convincing evidence that Pakistani F-16s scored their first kill since 1990. However, India also claims an F-16 was downed by a MiG-21 using an R-73 missile. The PAF denies the claim, though its candor about F-16 involvement is suspect, while Indian media has also circulated demonstrably false “proof of an F-16 loss. The only evidence of an F-16 loss was a Pakistani ground observer who claimed seeing two jets, not one, shot down.

The mere possibility that a Falcon was downed by a 1950s-era MiG-21 should not be over-interpreted. India’s MiG-21 Bisons, though outdated, feature upgraded radars, data-links, self-defense jammers, and agile heat-seeking R-73 missiles targeted with a helmet-mounted sight. The airframe has always had a smallish radar cross-section, is Mach 2 capable, and performed well in exercises against U.S. F-15s and F-16s !

While an F-16 is superior in many respects, particularly situational awareness, an R-73-armed MiG-21 that managed to close within visual range (as ostensibly occurred) would still pose a formidable threat.

In any case, the recent aerial skirmish highlights the important capabilities F-16s continue to provide Pakistan’s military, and the continuing tensions that may evoke as Pakistan aligns itself more with China, and the United States with India. Ironically, just days before the recent skirmish, F-16 manufacturer Lockheed launched a new pitch to move F-16 production to India for a heavily modernized spinoff dubbed the F-21 .

Sébastien Roblin holds a master’s degree in conflict resolution from Georgetown University and served as a university instructor for the Peace Corps in China. He has also worked in education, editing, and refugee resettlement in France and the United States. He currently writes on security and military history for War Is Boring.