Pakistan distances itself from China's Belt and Road 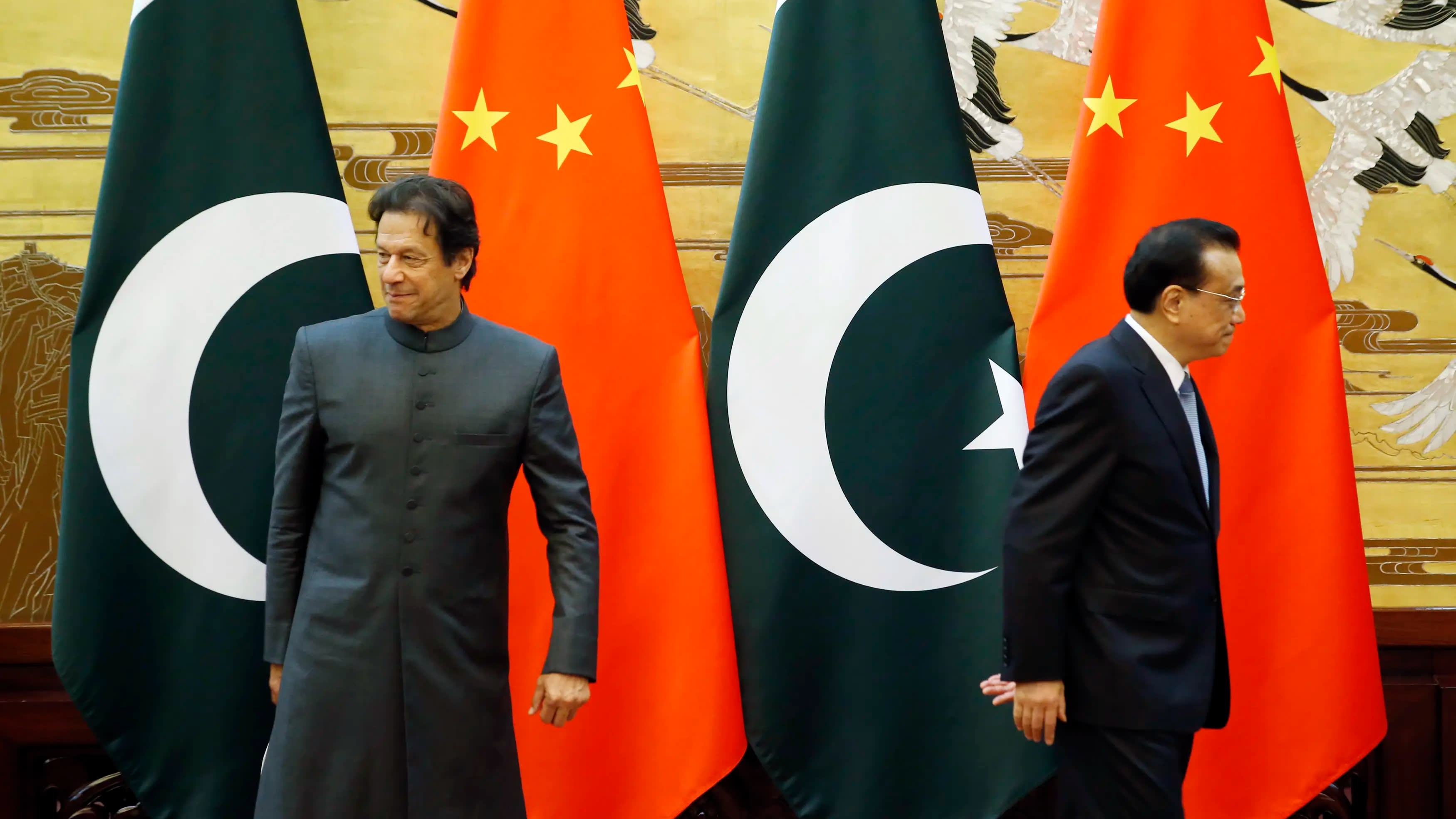 Pakistani Prime Minister Imran Khan, left, and China's Premier Li Keqiang depart after a signing ceremony at the Great Hall of the People in Beijing on Nov. 3, 2018.    © AP

ISLAMABAD -- The Pakistani government has diverted around 24 billion Pakistani rupees ($171.6 million) in funds meant for joint infrastructure development projects with China into other construction plans, as Islamabad distances itself from Beijing.

The funds were originally meant to go toward $62 billion worth of infrastructure projects to build the China-Pakistan Economic Corridor, a crucial leg of Chinese President Xi Jinping's ambitious Belt and Road Initiative. But since the change of government in August last year, both sides have not decided on a definite future course for CPEC.

While the amount of funds being diverted to other projects is only a fraction of the amount going into Belt and Road, the move highlights the tensions surrounding Chinese investment in the country.

Pakistan's Ministry of Planning and Development issued an order on Feb. 19 to divert the 24 billion rupees to projects to be identified by local legislators under the U.N.'s Sustainable Development Goals program.

The move was seen by some analysts as an effort by the ruling Pakistan Tehreek-e-Insaf party to please legislators by allowing them to make decisions on development projects. Other analysts said that the current government does not regard the CPEC as its top priority.

Opposition leader Molana Fazal ur Rehman seized on the change in direction to attack the government for unfairly shelving CPEC projects. "The government had committed theft by spending 24 billion rupees out of 27 billion rupee meant for the Belt and Road Initiative on other development projects," Molana Fazal ur Rehman was quoted as saying by local media, referring to a total of 27 billion rupees that had originally been earmarked to fund a portion of CPEC.

The Ministry of Planning and Development issued a statement on March 6 to clarify that the diverted monies were not part of CPEC core funds and were allocated for additional development projects. Several analysts pointed out that the fact the ministry did not deny the fund diversion was a sign of a change of heart in Islamabad.

PTI's suspicions about CPEC was clear from the outset. Razak Dawood, a cabinet member, had demanded that CPEC projects be put on ice for a year because he claimed they were of little benefit to Pakistanis. China runs into Belt and Road barriers in South Asia

Pakistan-China relations are complicated by Saudi Arabia's presence. The Saudi crown prince last month committed to investing $20 billion in Pakistan, thereby reducing Islamabad's economic dependence on China. Analysts said Pakistan was now in a position to make bold decisions that could irk China without fearing strong repercussions that could hit its economy.

"These new funding sources take a bit of leverage away from Beijing and make it easier for Islamabad to be more selective in how it approaches Chinese loans, as important as they remain for Pakistan," said Michael Kugelman, deputy director of the Asia Program at Wilson Center.

But Jonathan Fulton, political science professor at Zayed University in Abu Dhabi said that China and Saudi Arabia are not necessarily competing for influence in Pakistan as both countries share deep economic interests, including the Belt and Road Initiative.

China has not issued any statement about Islamabad's diversion of funds and some analysts believe this is because Beijing does not see the move as a major step to withdraw from CPEC.

Hasaan Khawar, a public policy analyst based in Islamabad, suggested that the government was forced to make such a move because of a fiscal crunch and not about moving away from CPEC: "[The] government is cutting corners to create as much fiscal space as possible."

Kugelman also said that the government has not indicated that it wants to abandon the CPEC. It only wanted to take a more cautious approach, he added.

Pakistan's foreign minister is now in Beijing for the Pakistan-China Foreign Ministers' Strategic Dialogue, during which CPEC will be an item on the agenda. Next month, the prime minister will again visit China to attend a second Belt and Road Forum for International Cooperation. Pakistan is expected to ask Beijing to amend terms in CPEC agreements to ensure that Pakistanis' interests are safeguarded.