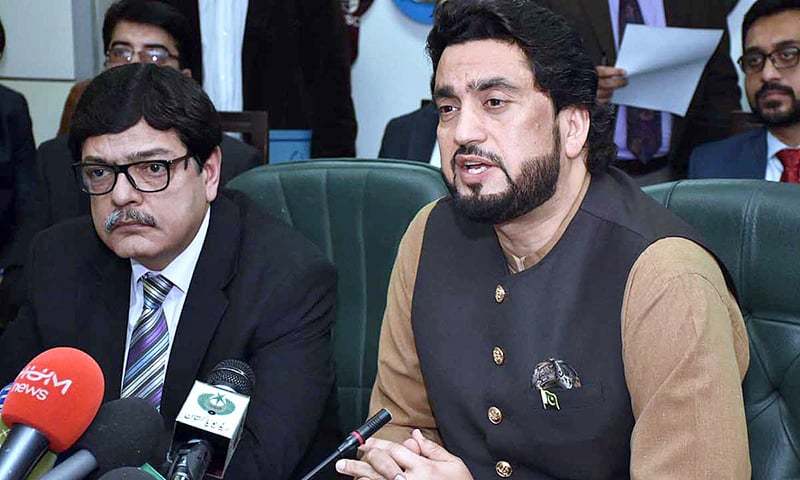 Forty four under-observation members of proscribed organisations, including Mufti Abdul Raoof and Hamad Azhar — the brother and son of Jaish-e-Mohammad (JeM) leader Masood Azhar, respectively — have been taken in "preventive detention" for investigation, said officials of Ministry of Interior on Tuesday.

"In order to implement National Action Plan (NAP), a high-level meeting was held in the Ministry of Interior on March 4, attended by all representatives of all provincial governments," said a statement by the ministry. "These actions will continue, as per the decisions taken in National Security Committee (NSC) while reviewing NAP."

This was also confirmed by Minister of State for Interior Shehryar Afridi and Ministry of Interior Secretary Azam Suleman Khan at a press conference on Tuesday.

"This is across the board — we don't want to give the impression that we are against one organisation," said Khan while talking to the media.

He acknowledged that some people who have been detained — including Raoof and Azhar — are named in the dossier handed by India to Pakistan on the Pulwama attack. "It does not mean that action is being taken against only those individuals who are mentioned in the dossier."

The interior ministry secretary further said: "If we have to take over any [organisation's] assets, we will do so. Assets can be taken over of organisations already declared as proscribed, under the Anti Terrorism Act, 1997.

The secretary was also questioned by a reporter regarding the status of Jamaatud Dawa, which the reporter said was still "under a watch list" according to Indian media and not yet proscribed.

Furthermore, the reporter inquired as to why a notification was issued by the information ministry and not the interior ministry when the government's decision to reinstate the ban on the organisation was announced following a National Security Council meeting on February 21.

The secretary chalked it down to paperwork and confirmed that the ban will take effect within 24 hours and a notification, this time, will be issued by the interior ministry.

When pressed by journalists to reveal more names of those detained, the secretary said: "We cannot reveal any more names at this point. Those we have taken into preventive detention will be investigated, and if we learn more names along the way, those will be added accordingly."

India blames Pakistan for the suicide bombing in Pulwama that killed over 40 soldiers in India-occupied Kashmir's Pulawama. Pakistan, from the get-go, rejected the Indian claim, urging New Delhi to share "actionable evidence" so that it could act upon it.

"We won't allow the use of our soil against any country," said Afridi, stressing on the fact that none of the actions were taken under any kind of pressure and that it was Pakistan's own initiative to take these measures.

"This is Pakistan's decision [...] the action will continue for two weeks. Every single detail will be shared with all stakeholders," said Afridi.

Later, in a smaller gathering with select journalists, the interior minister was asked to elaborate on the dossier and his earlier remarks in which he had said Pakistan has never been dictated by India to conduct investigations and never will be.

"As a responsible state and as per the prime minister's vision and government's stated policy, whatever evidence India gives regarding [the] Pulwama [incident], after analysing it with complete professionalism, good intent and faith, the state will take exemplary measures. And the dossier received in this regard is being analysed and assessed by all key stakeholders. And let me assure you, if anything turns up [in the dossier], this state will practically take measures [to address the evidence]."

He was also asked if any mechanism has been developed so that "nourishment" of these outfits can be prevented in the future.

"Pakistan's National Action Plan and especially Pakistan's national security in the broader perspective has zero tolerance [for such outfits] in naya Pakistan. We have taken initiatives, all key stakeholders hold regular meetings. What is the ultimate objective?

"Number one, this is not against any particular organisation. This is across the board. Number two, we will not take these steps under pressure from anyone. This is better for us, for Pakistan's own future. There will be no compromise, no matter who is responsible.

In this country, through an effective mechanism, all key stakeholders, as a team will ensure that no one dares to take hostage Pakistan's soil, its thought, and its name for any subversive activity. We will engage and involve global stakeholders in this as well so they are well aware of our contribution and how committed we are as a nation.

"We are not doing any of this to please anyone. Our homeland, this country of ours, has been in this state of immense anxiety since 1979. The whole world knows. Especially us Pakistanis know full well the trials we are going through. So our ultimate objective is to make good on the commitment made by the prime minister and to take the matter to its logical conclusion, after assessment at every level."

Masood Azhar, the chief of JeM, is in Pakistan, said Foreign Minister Shah Mahmood Qureshi in an interview last week.

The government on Monday notified a 2019 order of the United Nations Security Council that would provide a legal basis for freezing or seizure of properties owned by individuals and organisations designated by the council as terrorists.

The order was issued to meet the requirements of the Financial Action Task Force (FATF) regarding the implementation of designation of persons and entities under the UNSC resolutions. Pakistan, despite making some progress in overcoming the shortcomings in its counterterrorism financing and anti-money laundering regimes, continues to remain under the cloud at the global illicit financing watchdog.

After failing to adequately convince the FATF, Pakistan is now required to complete actions it has to take by the May timeline. The next FATF plenary is due in June this year.