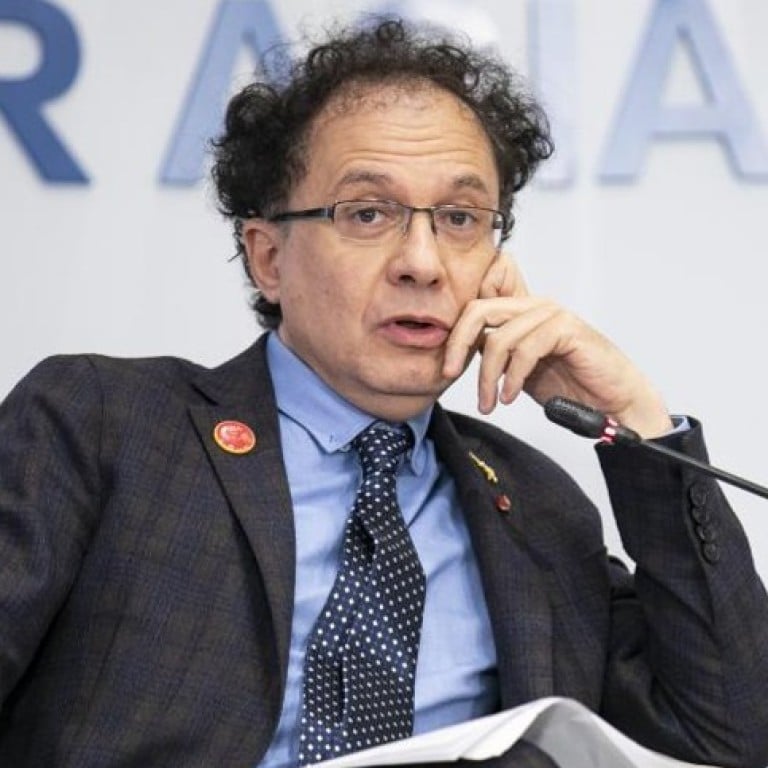 US should worry about its own debts to China rather than warn Italy about falling into a debt trap, Michele Geraci saysCriticism made Italy ‘even more alert’ about Beijing – but he predicts more European nations will soon join it in embracing the ‘Belt and Road Initiative’

Italy has got an edge over other European nations by signing up first to China’s “Belt and Road Initiative” and it may be making some of them “jealous”, the Italian politician who pushed for his country’s involvement said on Tuesday.

Michele Geraci, undersecretary of state at the Italian Ministry of Economic Development, said at least two other European countries were expected to follow Italy, which last week became the first G7 nation to sign a memorandum of understanding (MOU) on the transcontinental infrastructure initiative with China.

“All the other countries will follow Italy and sign an MOU, and I can give you two names, but I won’t – they are in the pipeline,” Geraci said at the Boao Forum for Asia in China’s southern Hainan province. “In reality, all European countries want to be part of the belt and road.”

Italy agreed to join the initiative while it hosted a visit by Chinese President Xi Jinping, despite warnings by the United States and some European countries that it risked being a debt trap with questionable infrastructure project standards. Washington has branded the belt and road scheme a “vanity project”. 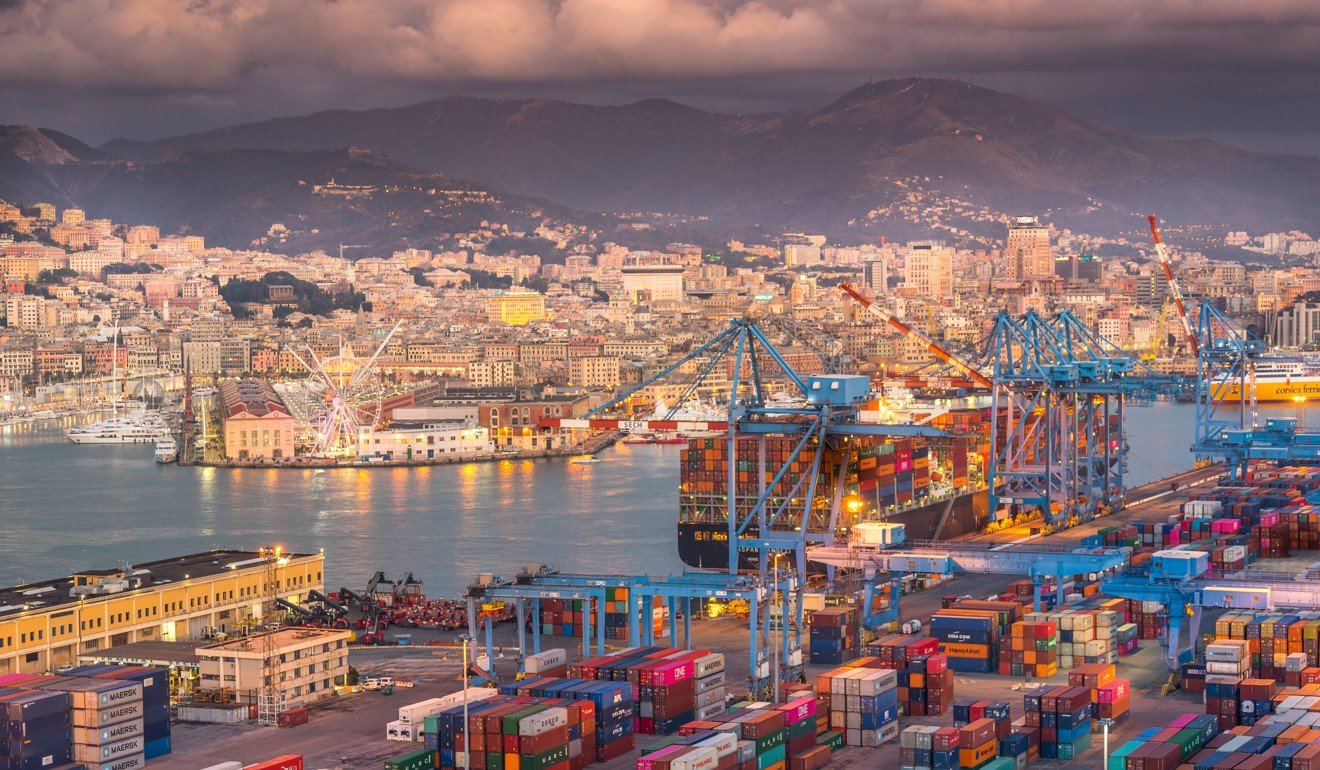 “When we were criticised – me personally, also – for taking care of all of this over the last few months, it’s because we … want to lead, and leading means doing things first,” Geraci said.

The MOU highlighted the signing of 29 China-Italy cooperation agreements. It came on the heels of the European Union’s unveiling of a 10-point plan aimed at rebalancing the bloc’s Beijing policy and ahead of the EU-China summit to be held in Brussels on April 9. 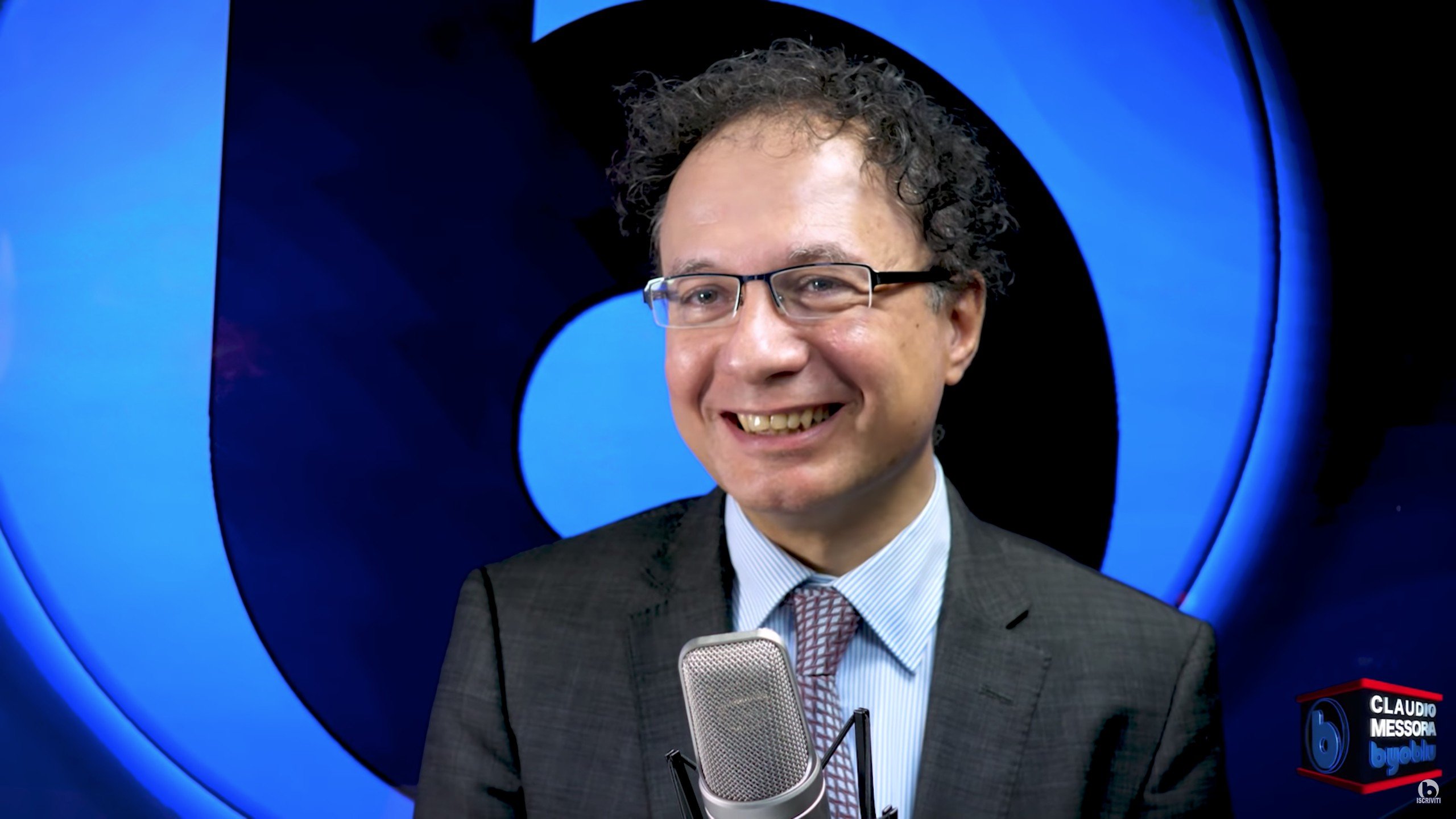 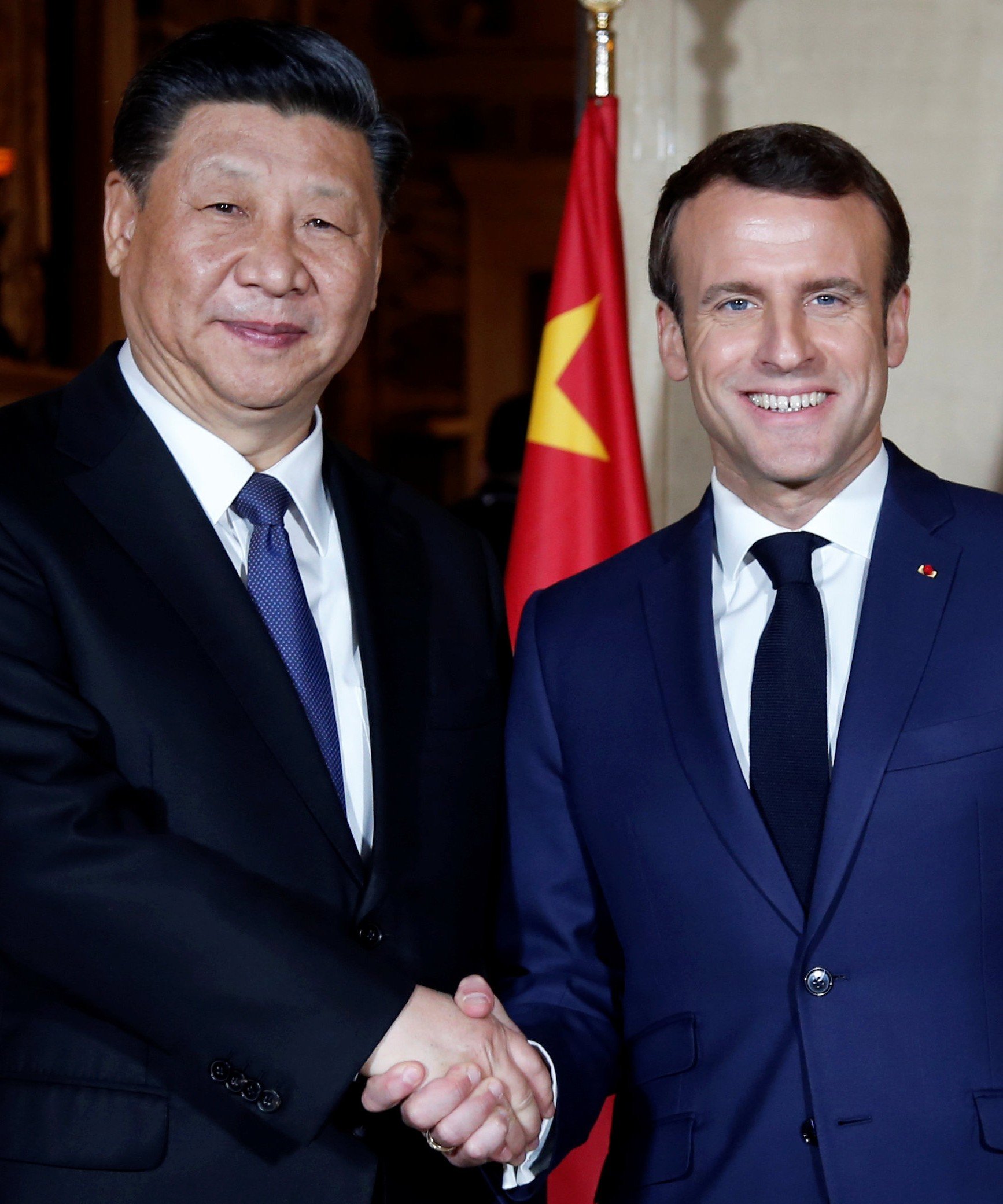 Is Italy willing to defy the US and EU to join the belt and road?

The ups and downs of China’s belt and road, six years in

Geraci, who led Italy’s negotiations on the MOU, told the South China Morning Post on the Boao Forum’s sidelines that the signing reflected the government’s embrace of an “Italy first” strategy, despite concerns about the move expressed broadly and to Geraci personally by the US and EU.

“The US was not very happy” with Italy’s move, Geraci said. Rome, he added, had listened to the EU and US and cooperated where it could, but ultimately made its own decisions.

“We did what we think is in the interest of our country,” the Italian trade and investment tsar said.

Geraci said signing up would spur economic growth in a country that slipped into a recession last year at time when the other euro-zone economies are all expanding.

Italy’s populist government is shouldering a staggering amount of debt – around 132.1 per cent of its GDP – which the EU has warned poses a risk to other economies in the region.

In particular, Italy – which is battling big companies from Germany and other nations – hoped to gain better access to China’s markets for its small and medium enterprises, he said.

He suggested the outcry from other European nations against Italy joining the belt and road plan could have been tied to the competition for business with China – and the perceived setback Italy’s MOU handed its rivals.

“If Italy wants to be the terminal of China’s Silk Road, of course that affects Hamburg, Rotterdam, Marseilles,” Geraci said, listing major European port cities. China has become a big player in the port business as it builds its new Maritime Silk Road, connecting China to Europe via Southeast Asia and the Arabian peninsula.

“It’s a competition, so I understand their jealousy.”

Despite growing scepticism about the belt and road plan, European leaders on Tuesday indicated they remained open to joining Beijing’s initiative.

Editorial: Belt and road has more pros than cons

“We as Europeans want to play an active part [in the belt and road plan] and that must lead to a certain reciprocity and we are still wrangling over that a bit,” German Chancellor Angela Merkel said after a meeting in Paris with Xi, French President Emmanuel Macron and European Commission President Jean-Claude Juncker. “We are seeing the project as a good visualisation of interaction, interrelation and interdependence.”

Geraci said the outside criticism of Italy’s pending deal with Beijing helped make Rome “even more alert” about signing the MOU.

Despite criticism, Beijing has been steadily adding partners for its “Belt and Road Initiative”, with a vast network of ports, bridges and power plants linking China to Europe and beyond. Photo: AP

Italy, he said, preferred China making greenfield investments in Italy to it taking over Italian companies through mergers and acquisitions.

Rather than warning about the risks of Italy falling into a debt trap, Geraci suggested Washington should worry about China’s status as the largest foreign holder of US debt, with US$1.13 trillion in US Treasury bills, notes and bonds.

“The US should worry about having debt in Chinese hands,” he said. “They are in a situation where they need to be concerned, that’s why maybe they worry.”

By the same token, Geraci said, European countries should be wary of Chinese enterprises that have held substantial stakes in major European companies.

“We are very aware – we don’t need the European Union to tell us [about the risks of getting too indebted to China],” he said.

Opinion: Europe shouldn’t naively fall for US hype against China

“We’re not Greece, we’re Italy … We are a US$1.7 trillion economy. How can we fall into a debt trap? It happens in Sri Lanka, Malaysia, maybe Pakistan … but it cannot happen in Italy.”

While critics have warned that Italy’s move will compromise Europe’s united front against China, Geraci insisted there were no divisions in the bloc.

Geraci said Italy could work with China on its plan to develop its space technology. A Long March-3B carrier rocket is shown during its launch in southwest China's Sichuan province in November. Photo: Xinhua

“Little by little, more countries will sign. Europe is united,” said Geraci, a fluent Chinese speaker who taught in China for about a decade.

“They will be encouraged when they see this is positive and there is no risk. The Silk Road is already there. It’s in Germany with the train, and the Chinese have invested in many ports and companies, so what is it that divides us?” he said referring to a new freight train service from China’s Hebei province to Duisburg in Germany.

Geraci also said Italy wanted to cooperate with China on its “Made in China 2025” (MIC2025) programme, a state-led plan to develop hi-tech sectors. Italy, he said, was “almost best of the world” in all 10 key sectors under the scheme, including green energy, space and artificial intelligence.

Opinion: The ups and downs of China’s belt and road

MIC2025 became a flashpoint in the US-China trade war as the administration of US President Donald Trump portrayed it as posing a potential security threat to the US. Beijing has since toned down promotion and discussion of the programme.

But Geraci suggested that China and Italy could work together to bring MIC2025 to fruition in regions such as Africa and the Middle East.

“We can be a competitor with China but we also can cooperate because China has the size, and we have the know-how and quality,” he said.

This article appeared in the South China Morning Post print edition as: Critics are jealous of our deal, says top Italian negotiator