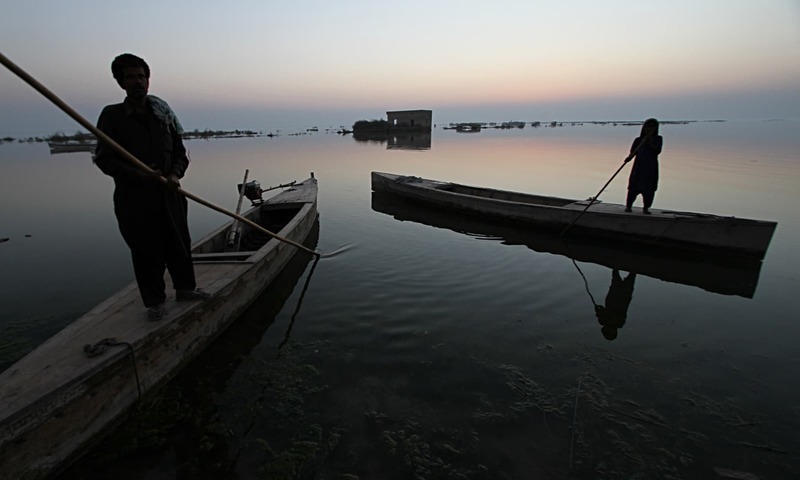 GWADAR: Fishermen in the port city of Gwadar will resume their protest on Monday (tomorrow) as the government has failed to resolve the issue of changing the design of Eastbay Expressway.

This was announced by Fishermen Alliance Committee president Khuda-i-Dad Wajo at a press conference here on Saturday. Local leaders of different political parties were present on the occasion to show their solidarity with the fishermen.

Mr Wajo said that the committee had postponed its protest three months ago on the assurance of Balochistan Information Minister Mir Zahoor Ahmed Buledi and officials of the port authorities that Eastbay Expressway would be redesigned to protect the livelihood of the fishermen of Gwadar.

The fishermen fear that the under-construction road will block their access to the sea.

However, Mr Wajo said, despite passage of three months no work had been started for redesigning of the project and protection of the fishermen’s rights.

He said that the fishermen of Gwadar were happy after construction of Gwadar Port and the launching of the China-Pakistan Economic Corridor with the hope that the people of the port city would benefit from these projects which would provide job opportunities to them.

He said that local people were not being provided jobs and other facilities, adding that the fishermen of the area were being deprived of their ancestral source of livelihood as the road project would block their access to the sea.

Mr Wajo said that the fishermen would set up a protest camp at Musa Corner from March 18 and observe strike on March 21, besides organising a rally.

He said that almost all political parties of Balochistan had announced their support to the protest of the fishermen.