China Finds a G-7 Ally for Belt and Road

China Finds a G-7 Ally for Belt and Road

Italy’s trading relationship with China goes back to Marco Polo, but it’s ironic that the “Italy first” populists want to cosy up to Beijing. 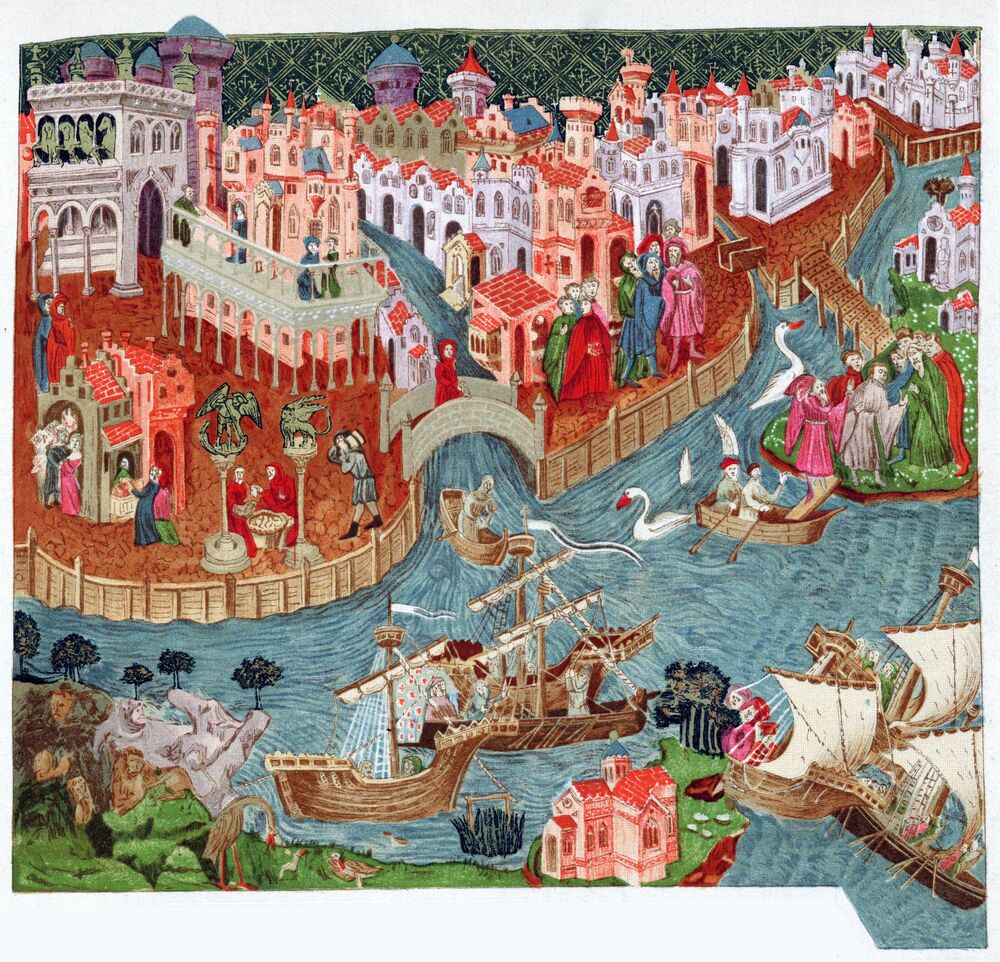 Ferdinando Giugliano writes columns and editorials on European economics for Bloomberg View. He is also an economics columnist for La Repubblica and was a member of the editorial board of the Financial Times.

The trading relationship between Italy and China goes back a long time. In the 13th century, Marco Polo, a Venetian merchant and explorer, was the first European to leave a detailed chronicle of his experience in the Far East. For centuries, precious fabrics traveled on the Silk Road from China to the Italian cities of Venice and Lucca, where they were transformed into luxury garments.

So it’s not entirely shocking (at least from a historical perspective) that Italy might become the first major western economy to sign up to the Belt and Road initiative, the controversial Chinese infrastructure program aimed at improving the links between Asia, Europe and Africa. The project, which President Xi Jinping first launched in 2013, already includes a few European countries such as Portugal, Greece and Hungary. But it has attracted hostility in the EU and U.S., which naturally enough fear it is an instrument for expanding China’s influence. As such, the news that Italy is set to sign a memorandum of understanding with Beijing at the end of March signals a significant break with its traditional allies.

What is most remarkable is the political color of the government spearheading Rome’s pivot to Asia. The ruling League and Five Star parties are supposedly running an “Italy first” administration, which is skeptical of globalization, free trade and foreign takeovers. For years, the right-wing League has railed against the decision to let China enter the World Trade Organization, which increased competition for several important Italian industries such as textiles. The League is now the dominant force in Italian politics. It is ironic that it’s now using its weight to open up Italy’s doors to China.

Of course, previous administrations also formed close business links with China. In 2014, under Matteo Renzi’s center-left government, the State Grid Corporation of China bought a 35 percent stake in CDP Reti SpA, an investment vehicle that owns large stakes in Italy’s gas and electricity networks. Other EU countries have also received significant Chinese investments, including COSCO Shipping’s purchase of a majority stake in Greece’s Port of Piraeus. Beijing has invested heavily in Portugal too, from the energy sector to aviation and the banking system.

Still, the change of attitude in Italy is remarkable. This week, Italy and Britain were the only two countries not to vote in favor of a new EU investment screening mechanism that’s designed to constrain foreign takeovers of European companies, including from China. This hardening of Europe’s position, which France and Germany are strongly advocating, was supported by the previous Italian administration. Rome is now opposed because it doesn’t want its EU allies to meddle with foreign investment in Italy (the screening would involve some sharing of information across the bloc).

It’s not clear yet how far any MOU with China would go. Italy’s foreign ministry wants to make sure the document complies with EU guidelines and strategy to appease European partners. China may go along with a vaguer document, such is the prize of getting a G-7 country on board.

But Italy’s new crush on China shows how difficult it is for Brussels to find a united position on Beijing. For cash-strapped governments — including Portugal, Greece and now Italy — it’s hard to refuse Chinese money for the sake of European solidarity. This choice may be myopic: A united EU could negotiate far better terms from China than any country on its own. But the promise of a bigger prize some time in the future hasn’t been enough to stop member states from pursuing more immediate rewards.

There are lessons here for the U.S. administration as well. President Donald Trump has taken a confrontational attitude toward the EU, including on trade. But his favoring of bilateral international relationships over multi-lateral ones hasn’t stopped Rome from potentially choosing a course that runs counter to U.S. interests. Indeed, Italy’s flirtation with China is another reminder of Washington’s waning influence in Europe. And it comes even after Rome’s populist leaders have been very supportive of Trump and his “America first” agenda. Still, when you preach nationalism at home and abroad, it’s hard to complain about a lack of cooperation.

“I did not tell half of what I saw,” Polo supposedly said on his death-bed. The story of China’s growing influence in Europe is equally still only half-written.

This column does not necessarily reflect the opinion of the editorial board or Bloomberg LP and its owners.

To contact the author of this story:
Ferdinando Giugliano at fgiugliano@bloomberg.net

To contact the editor responsible for this story:
James Boxell at jboxell@bloomberg.net