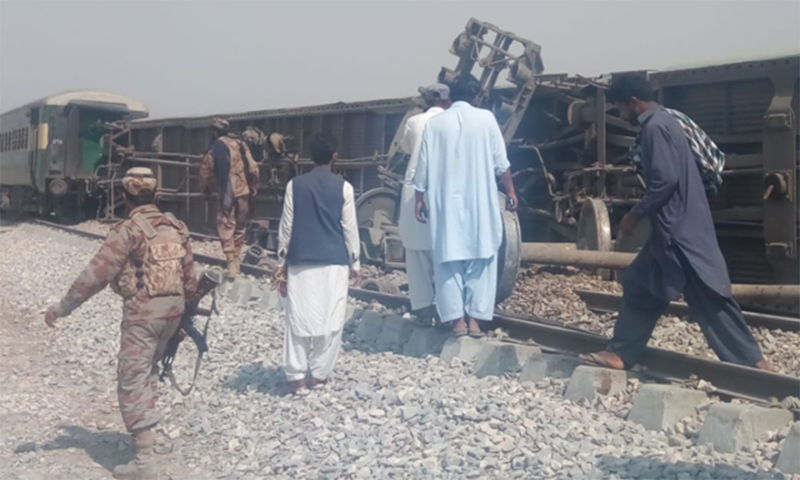 A scene from the blast site. — Photo provided by Ali Shah

A blast targeting a passenger train killed four people, including a woman and her daughter, and injured another six in Balochistan's Dera Murad Jamali area on Sunday, police said.

As the passenger train reached Dera Murad Jamali, there was a huge blast, he said, adding that the blast damaged a portion of the track.

"Jaffar Express was going from Rawalpindi to Quetta when attacked," he said.

The injured were shifted to a nearby hospital for medical treatment.

Police and personnel of other law enforcement agencies reached the spot as investigation into the incident were under way.