The rich culture of Balochistan 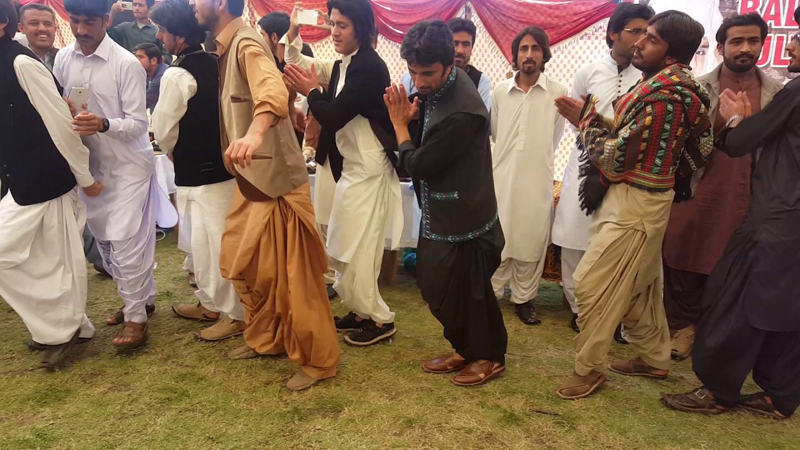 Culture plays a significant role in the development of a nation. Every nation has got its own culture and with its distinguishing values on culture varies from others in terms of values vis-a-vis language. In this context, Baloch culture is known as one of the beautiful cultures in the world, which has been proved to be one of the oldest and strongest cultures of the world by archaeologists showing the researches of Iranian and French survey teams.

Embroidery, the attires which Baloch females wear, is the heaviest and beautifully embroidered dresses, especially the dresses, which they embroider themselves. The names of some famous dresses are Jalar o Naal, Kalati Mosom, Morag a Padag, Noor Khan-e-wahag and several more which are very much costly in the world.

Similarly, Baloch culture encompasses an integral value: hospitality. Being nomadic in nature, Baloch are known for their hospitality. Given the nature of Baloch cultural values and its old-age traditional, it invokes the spirit of protecting cultural values and its dignity. The culture is the symbol of identification and the Baloch culture is one of the ancient cultures and has become a centrifugal force to keep the Baloch unity intact.

On 2nd of March, Baloch Culture Day is going to be celebrated in Balochistan including Iran, Afghanistan, Dubai, Muscat, Bahrain where Baloch belonged and celebrate the day to show up the culture’s existence to the world. The Baloch mark the culture day by wearing traditional dresses and Balochi turbans. Balochs are considered the brave people living around every caner of the world and their everlasting contributions have proved their inner power and abilities, as the history is witness that Balochs have participated in several conflicts bravely with winning the victories. Balochs are untied and hand-in-hand with each other and treat everyone with respect, love and care. They always stay active for assisting and supporting the humanity when they are in dire need of helps. Balochs are culturally rich in every angles and made their own inventions which are being used for basic things.

The Balochi Culture has gotten a very rich folk musical dances and songs which are performed in marriage ceremonies like Lewa, Nazenk which attract the audiences entirely. The attractive used instrument is namely flute, locally called Nal, Tambora and Soroz which are inspirational tools for performing musical ceremonies with dances. The most famous folk dance is known as Dochaapi when the participants move in a circle clapping their hands on certain occasions including dances in unique pattern that inspires everyone. The Folk artisans get gratification for their work, since it influences everyone and it is hardly any recognition from these performing artists who perform attractively.

We expect that the Balochi culture and language would get alive forever with its everlasting and unique patterns of expressions when the Balochs perform in their ceremonies and daily lives. The Baloch Culture Day is the real sign of spreading awareness in whole globe to know what the Baloch Culture is and how their cultural revolution is increasing in the modern world.

The writer teaches at DELTA and can be reached at shakeelphullan137@gmail.com