Taliban talking to US from position of strength 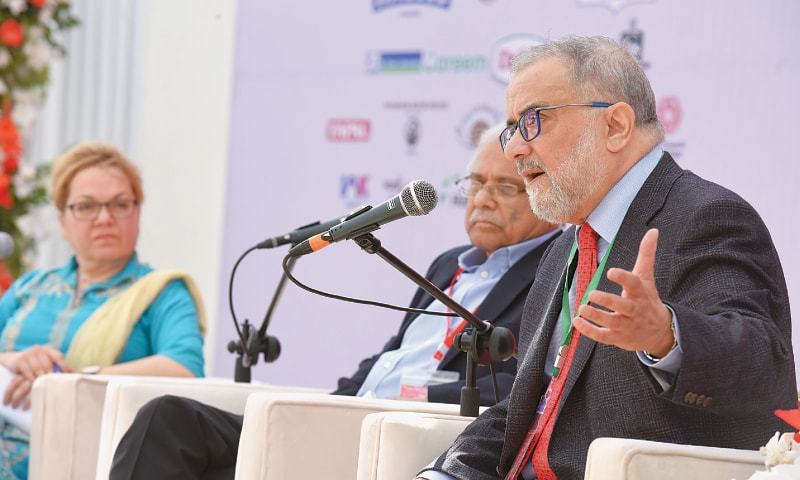 KARACHI: While sharing his views about the ongoing negotiations between the United States and the Taliban, renowned foreign policy author Ahmed Rashid on Sunday said the Taliban were talking from a position of strength as they controlled more territory than the Afghan government.

“What I think is crucial is that the Taliban have now found an America that is willing to talk. Even the initiative taken by Richard Holbrooke and other American diplomats in the past – never had the full backing of the President or the US establishment. Now the Taliban are finding that Trump is determined to pull out and this was his promise to his own voter base in the US,” said Mr Rashid on the concluding day of Adab Festival, which was held at Governor House.

At the session titled ‘In conversation with Ahmed Rashid’, being moderated by journalist Zahid Hussain, the author was asked about his take on Afghan peace negotiations.

“I want to know what has made the Trump administration take this more seriously? And as reports are coming in from Afghanistan that the Taliban are much more powerful than ever and more than 55 per cent of Afghan territory is supposed to be under their control. What has led the Taliban to negotiate, they have always talked about talking to the Americans and refused to have any interaction with the Kabul government, do you think now the Taliban are talking from a position of strength?” asked Mr Hussain.

Mr Rashid said: “Now the Taliban are finding that Trump is determined to pull out and this was his promise to his own voter base in the Untied States. He wants to fulfil this promise before the next election so he can point to them and say, ‘look I promised you troops out of Afghanistan…’ and this whole Trump philosophy is all about internalising economy, abandoning trade and international alliances while concentrating on strengthening the US.

“Of course, you can argue that this is ridiculous because you need interaction with your allies and trading partners. So I think the whole American ideology has shifted dramatically by Trump. I’m sure Zalmay Khalilzad (a US diplomat and special representative for Afghanistan) wakes up every morning fearing that Trump has tweeted something overnight saying that all American forces are coming out tomorrow morning. And Trump won’t even wait for a settlement.”

Having said that, Mr Rashid added there had however been remarkable progress in the past three to four months but it still needed time to change people’s mind and negotiate.

“The next round [of talks] between the Taliban and Khalilzad is at the end of this month. And we don’t know what is going to happen. Trump is facing huge threat from the Muller investigation and it is very unpredictable. But at the moment I think he is determined to take US troops out of Afghanistan.

Senior fellow with the South Asia Centre of Atlantic Council Fatemah Aman, who has been keenly following the developments in Afghanistan, focused on Iran’s relationship with the Taliban, calling it complicated since the early days.